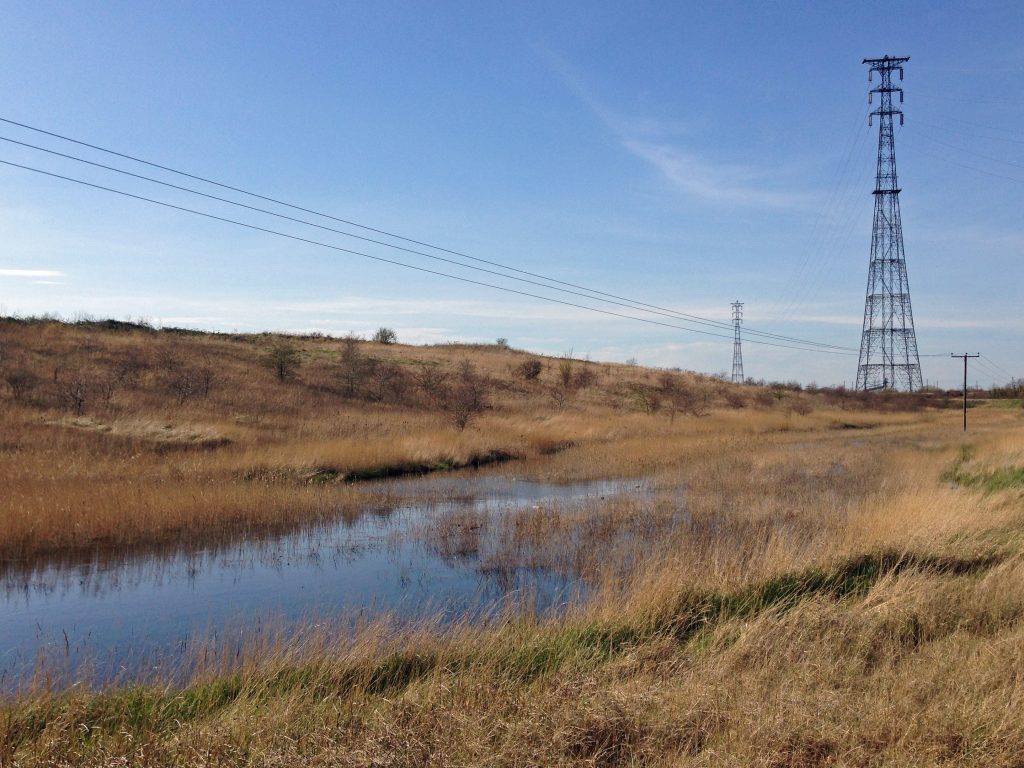 The Swanscombe Peninsula in North Kent is home to a remarkable mosaic of habitats and is one of the UK’s best kept wildlife secrets. However, plans for the London Resort theme park threatens the future of this urban wilderness on London’s doorstep.

Known as Swanscombe Marshes, it is home to thousands of invertebrate species, including over 200 species of conservation concern. This makes it of national importance, ranking with our best  brownfield sites for wildlife. It is one of just two places in the UK for the Critically Endangered Distinguished jumping spider (Attulus distinguendus), among the host of rare bees, beetles, moths and other invertebrates recorded there.

The Swanscombe Peninsula has a complicated history, with the coastal grazing marsh and grassland habitats subject to landfill and the dumping of cement waste. It also plays host to water treatment works, the HS1 railway and jetties- it even has the UK’s tallest electricity pylon!  This human interference has created an open mosaic of grasslands, coastal habitats, brownfield features, scrub and intricate wetlands of the highest quality for wildlife, as well as a valued community space for walking, bird watching, angling and escaping the hustle and bustle of North Kent.

But all of this is now threatened by the proposed London Resort theme park. Hyped as the ‘UK’s Disneyland’, much of the unique habitat of Swanscombe Marshes would be destroyed and concreted over. At a time when the value of wildlife and open spaces is being appreciated more than ever and amid ongoing declines in some of our best loved wildlife, we can’t let such a precious site be lost.

Buglife Planning Lead, Jamie Robins says “Brownfield sites like Swanscombe Marshes are some of the most important places in the country for our threatened invertebrates. Our No Insectinction manifesto calls for ‘safe spaces’ for invertebrates – it is essential that we save this nationally-important wildlife haven from destruction.”

“The London Resort Theme Park would be No Fun for Nature. Buglife wants to protect this wildlife haven from an unnecessary and ill-thought development, saving it for future generations to enjoy. Last year, a planning was granted which will destroy the nearby Tilbury Marshes another top quality open mosaic habitat, to allow for port expansion. Enough is enough – it is time to start valuing nature.”

Earlier this year we learned that Coul Links in Scotland has been saved for nature after a proposed golf course was turned down by the Scottish Government. Let’s use this as a springboard to protect more of our precious wildlife sites from unnecessary developments.