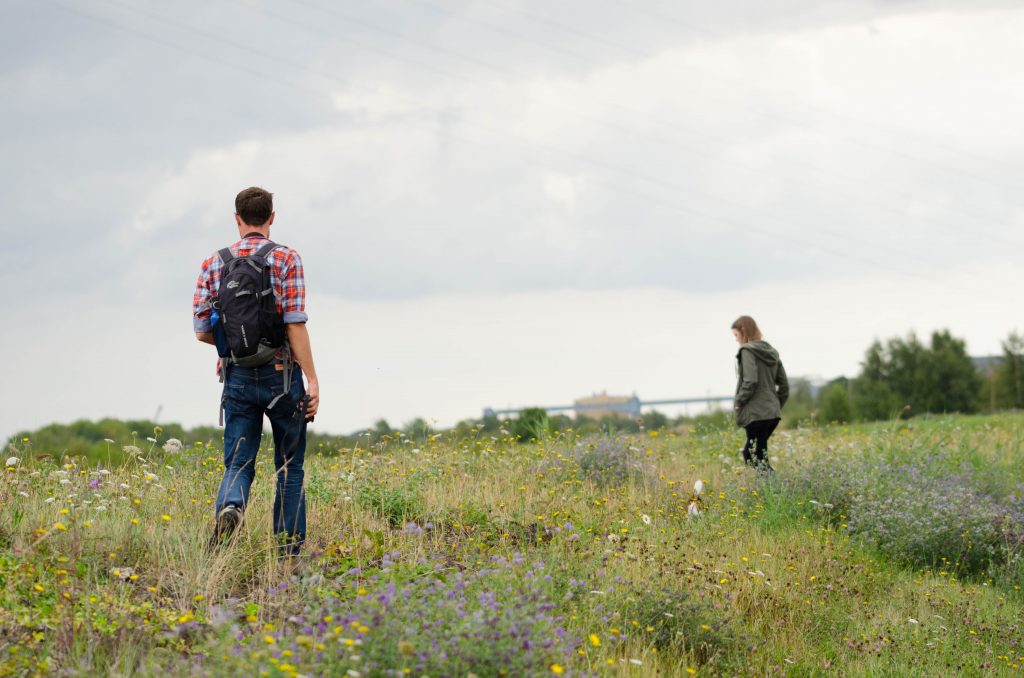 Buglife, the RSPB, Kent Wildlife Trust and CPRE Kent have come together to save one of Kent’s most important wildlife sites, home to the scarce brown-banded carder bee, the critically endangered distinguished jumping spider, and rare man orchid.  The four organisations are urging the Government’s adviser on the natural environment Natural England to swiftly confirm Swanscombe Peninsula as a Site of Special Scientific Interest (SSSI) following the close of the public consultation yesterday, July 12th.

The Swanscombe Peninsula was notified as a SSSI in March; however, it will not get full legal protection until the site is officially confirmed.

“Recent surveys have revealed that the Swanscombe Peninsula is one of the most important sites in England for threatened and scarce invertebrates. It is a truly special place which is why it was notified as a SSSI by the Government earlier this year. However the site could be lost if plans to build the new London Resort theme park are approved, so we really need the notification swiftly confirmed and the site afforded full legal protection.”

Swanscombe Peninsula is home to over 200 rare and threatened invertebrate species, including the critically endangered distinguished jumping spider, the endangered Duffey’s bell-head spider, brown-banded carder bee, saltmarsh shortspur beetle and the orange-striped water beetle. The site is also home to rare plants such as the man orchid and an outstanding diversity of breeding birds including nightingales, cuckoos, and the elusive grasshopper warbler, as well as bats, reptiles and water voles.

“This theme park must not take precedence over the species and habitats that it threatens; the developers must withdraw their application. We also find it inappropriate that a theme park has been deemed a “Nationally Significant Infrastructure Project”, a status normally reserved for major roads, airports or power plants, that may allow it to bypass many of the normal planning requirements.

“If the SSSI is confirmed, and the development is still consented, it will be one of the largest ever single losses of nationally protected habitat in UK, including the direct loss of over 100ha of SSSI land. We cannot allow this to happen; that’s why we’re calling on the Government to confirm the designation as soon as possible.”

Campaigners claim that the proposals are contrary to the Government’s commitments to create a Nature Recovery Network (NRN) and to protect 30% of the UK for wildlife by 2030, and would set an alarming precedent for the destruction of designated habitats.

“Government is clear on its ambitions for nature. But it needs to turn words into action and step up to prevent our best sites being lost to development. If it does not protect places like the Swanscombe Peninsula it will be failing in its ambitions to make the UK a nature rich nation and failing people who need nature. Wildlife needs these places, and people, particularly in urban areas, need these places.”

The campaign is asking people to support the ‘Save Swanscombe Marshes’ campaign by adding their names to the 24,682 people who have already signed the petition to protect the site:  https://you.38degrees.org.uk/petitions/no-fun-for-nature-save-swanscombe-marshes