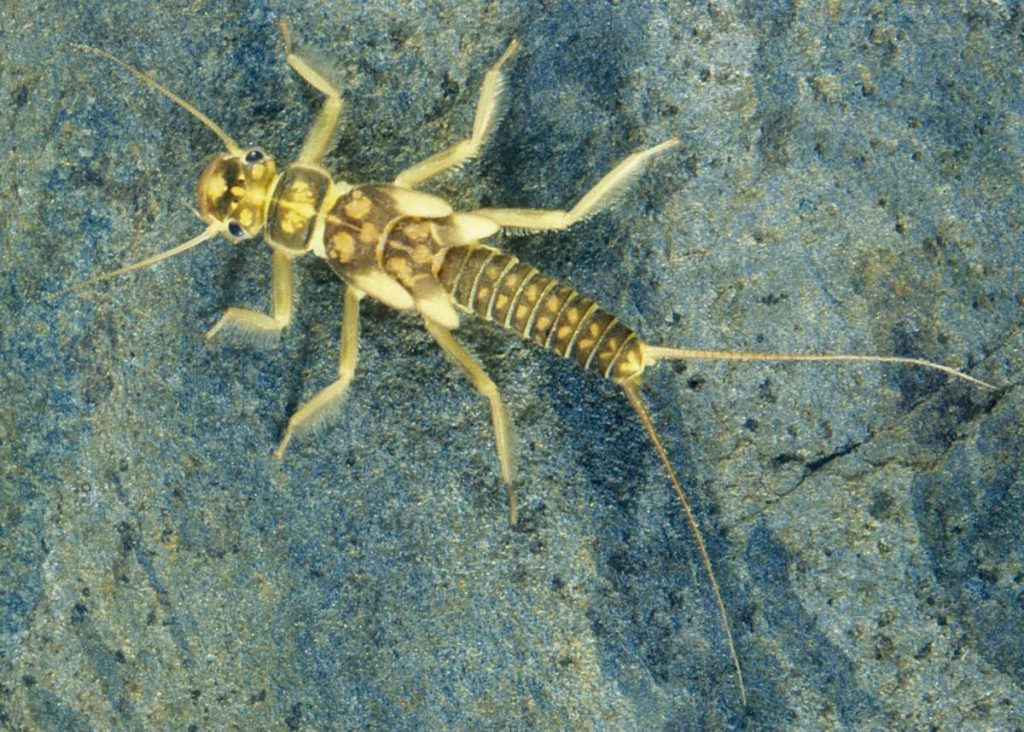 Research published this month reveals that insects in British fresh waters are potentially at risk from climate change.

The study, lead by Buglife’s Conservation Director Craig Macadam, was published in Knowledge and Management of Aquatic Ecosystems and looks at ecological preferences and other characteristics of mayflies, stoneflies and caddisflies.

It found that 16 species are potentially vulnerable to the effects of climate change. The species include the Upland summer mayfly (Ameletus inopinatus) which is retreating higher in to the hills as water temperatures rise, and the Slender curved caddisfly (Adicella filicornis) which lives in tiny trickles which could be prone to drying up as temperatures rise.

Some of the species may already be affected by climate warming. The Small grey sedge (Glossosoma intermedium) was last found in 2001 and may now be extinct, while the Widow stonefly (Capnia vidua anglica) and Late brown stonefly (Protonemura montana) are increasingly difficult to find.

The study also identified key areas for potentially vulnerable species in the Cairngorms, Snowdonia, Lake District and Peak District, together with parts of Yorkshire and Norfolk.

Craig Macadam, Buglife Conservation Director says “Climate change is widely recognised as being one of the major long-term threats to insects. This analysis shows the clear links between the Nature and Climate Change emergencies, with freshwater insects particularly vulnerable. Nature can be part of the solution though. We can use the results of this study to target measures such as tree planting to shade and cool rivers and streams giving these insects the best possible chance to adapt and survive.  World leaders need to deliver climate promises from COP26 and agree to new ambitions to restore nature at COP15 later this spring.”