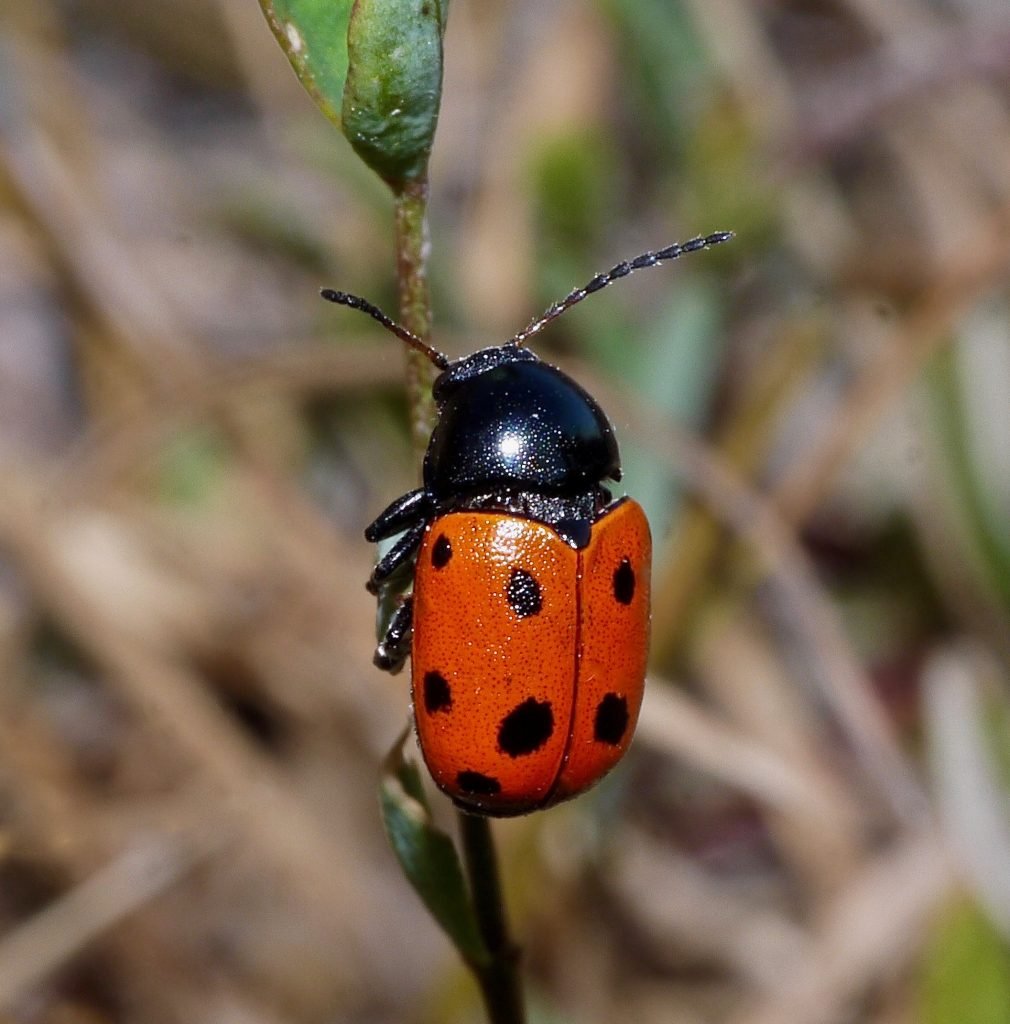 One of England’s rarest and most spectacular beetles has been seen in record numbers and has been re-discovered on a historical site thanks to the ambitious Limestone’s Living Legacies conservation project.

From its discovery in 1857 to 2003, there had been just 40 individual Rock-rose Pot Beetles recorded in the UK, with over half of these coming from sites within Gloucestershire. This endangered species had recently only been known from four locations, with two sites in Gloucestershire and the other two in Dorset and Hampshire.

This fascinating beetle gets its name because both the adult beetle and the larvae feed on the Rock-rose plant while the larvae live in a protective pot made by their mother from a waxy secretion that is rolled in her own droppings.

The Rock-rose Pot Beetle is a priority species for Back from the Brink (BftB), a ground breaking partnership project aiming to save 20 species from extinction and benefit over 200 more through 19 projects that span England.

Funded by the National Lottery Heritage Fund, the Limestone’s Living Legacies project has worked with landowners to restore and better manage habitat for a range of species, including Rock-rose Pot Beetles and trained volunteers to identify and survey for this beetle.

During the project’s first Rock-rose Pot Beetle survey season in 2018, volunteers were trained in the beetles’ identification and sent out to survey the two known areas in Gloucestershire. Unfortunately, no beetles were recorded that year.

Further training was carried out for the 2019 season and this time, Buglife Conservation Officer Liam Olds found one beetle at one of the Gloucestershire sites and a further two at the second site; confirming that the beetle was still present in the county.

With lockdown restrictions easing just in time for the start of this year’s survey season, the project was able to commence its 2020 surveys.

The 2020 survey results were nothing short of spectacular.

In a single visit to one of the Gloucestershire sites by Butterfly Conservation’s BftB Conservation Officer Julian Bendle, 39 Rock-rose Pot Beetles were recorded. This is equivalent to nearly the total number of beetles recorded in England over the past 150 years.

Further visits by the project officers and Buglife, confirmed the presence of the beetles at both the Gloucestershire sites, with a total of 75 beetles seen in just five visits.

The last record of the beetle at this site was 35 years ago and the species had been presumed lost from this location.

Subsequently finding a further 10 beetles at the site confirms that this elusive beetle is present on a third site in Gloucestershire, increasing the number of locations in England where it is found from four to five.

Conservation Officer Julian Bendle says ‘This wonderful discovery shows how possible it is for everyone to get involved and make discoveries that contribute towards saving our rarest and most threatened species.’