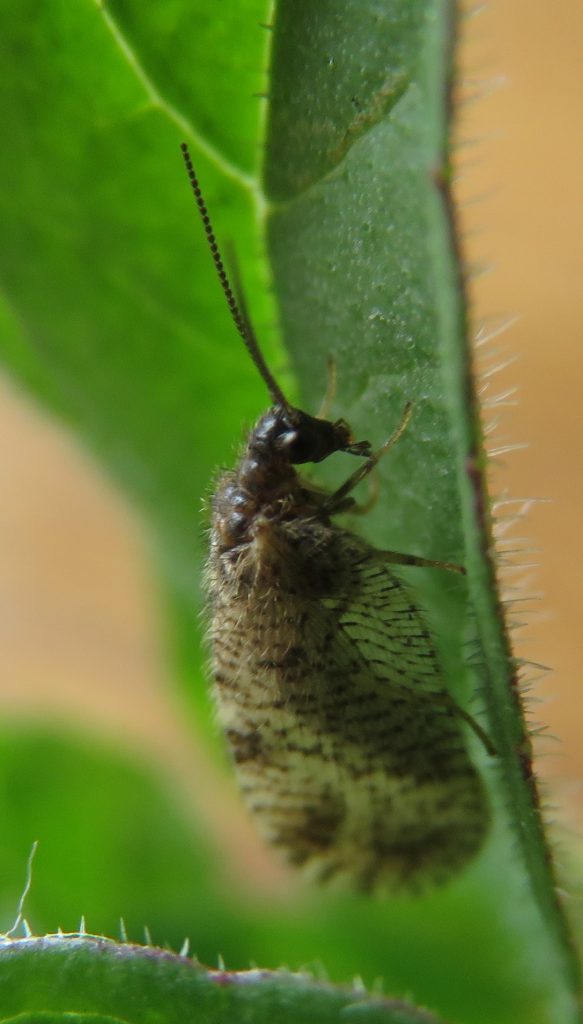 Buglife is the only organisation in Europe devoted to the conservation of all invertebrates. We’re actively working to save Britain’s rarest little animals, everything from bees to beetles, worms to woodlice and jumping spiders to jellyfish. There are more than 40,000 invertebrate species in the UK, and many of these are under threat as never before.

The Short-necked oil beetle and Bordered brown lacewing are both rare species which are currently included in a new partnership project called Species on the Edge. This project is a collaboration between Nature Scot and seven conservation charities, including Buglife, with the aim of protecting, conserving, and raising awareness of forty priority species which inhabit Scotland’s coasts.

In Scotland, the Short-necked oil beetle was thought to only occur on the Isle of Coll in the Inner Hebrides, but earlier this year this species was also discovered on the Isle of Islay and the Isle of Barra. The beetle is a kleptoparasite of solitary mining bees such as the Northern colletes (Colletes floralis). The beetle larvae attach themselves to solitary bees when they visit flowers and are carried back to their nest, where the larvae then feed on the bees’ resources until they mature into adult beetles.

Another exciting find this year was the recording of a new population of the Bordered brown lacewing on the Sutherland coast. Previously, the lacewing was only known from Holyrood Park in Edinburgh and a handful of sites along the Aberdeenshire coast. In the UK, this species is generally associated with Wood sage and is found on rocky slopes where this plant is present. Females lay individual eggs on the underside of wood sage leaves, where they hatch and can remain as larvae for up to four years before pupating over winter and then emerging as adults.

The specific life cycles and limited geographic ranges of these two species means they are very vulnerable to extinction, and so the discoveries of these new populations are extremely important. Buglife is looking forward to learning more about both the Short-necked oil beetle and the Bordered brown lacewing through Species on the Edge, and we encourage everyone to keep an eye out for these exciting and special species.

Natalie Stevenson, Buglife Scotland Manager said, “We owe a huge thanks to the skilled entomologists who made these important discoveries, knowing where they are found will help us protect them for the future.”