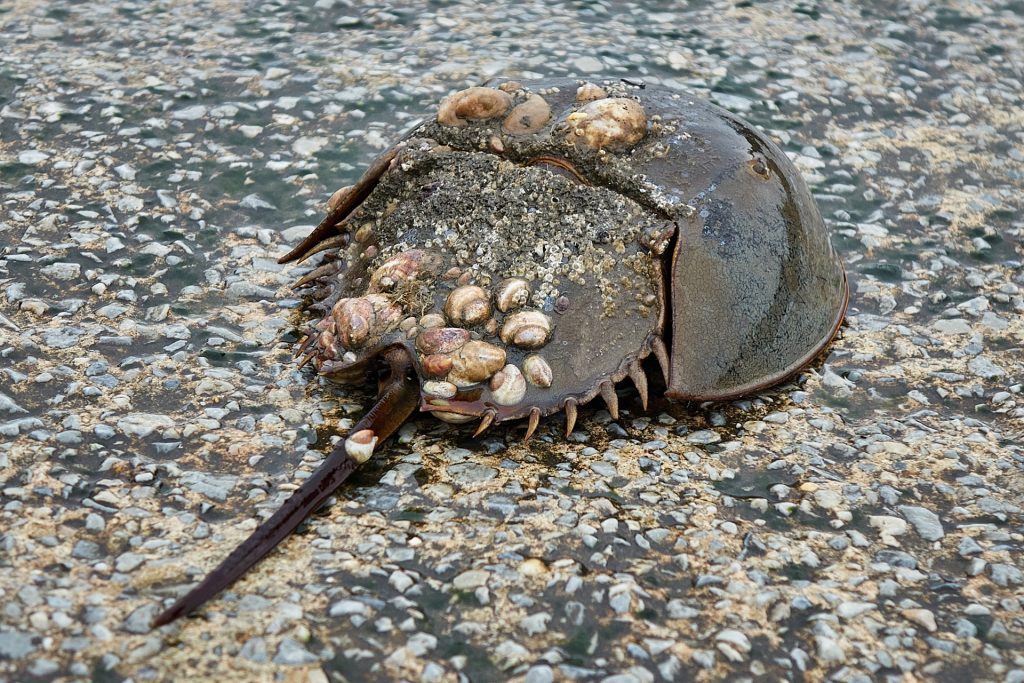 Invertebrate animals are in the frontline of our battle against Covid-19. Two insects and a living fossil are proving crucial to the production of effective vaccines, while medicines developed from leech saliva are saving thousands of lives. This underscores our dependence on biodiversity and conservationists are calling for increased resourcing for the protection and restoration of invertebrate populations so that, as we emerge from the pandemic, we start to halt the worldwide declines in insects and other biodiversity.

People are familiar with plants being a rich source of medicines, but scientists are increasingly turning to small animals to discover chemicals and processes that help prevent suffering and death in humans.

The USA developed Novavax vaccine consists of proteins created in cultures of Fall armyworm (Spodoptera frugiperda) cells. The cells are infected with an engineered virus that causes them to start producing the protein spikes that coat SARS-CoV-2. When injected in humans the proteins produce an antibody response. The vaccine is achieving high success rates against all main variants of the virus and is entering authorisation processes around the world.

In Japan, Silkworms (Bombyx mori), another moth, have been turned into factories producing the protein spikes. The process takes around four days to make sufficient quantities and the caterpillars are then harvested. The spikes are being used in a home test-kit for antibodies that reveals Covid-19 resistance.

The blue blood of the horseshoe crab has almost miraculous qualities. Chemicals in the crab’s blood react to harmful bacteria that might contaminate the vaccine. The test makes sure that that vaccines are in good condition. A synthetic version of one of the proteins has recently been authorised for use in Europe, China and Japan and is used by the Pfizer vaccine, but most of the world still only uses this marine arthropod’s blood.

Each year in the USA and China hundreds of thousands of crabs are caught and taken to laboratories, where they are bled from a vein near their heart. In the USA crabs are released, but around 15% then die. Due to this and other pressures on their habitats and populations, particularly bait catching, Atlantic horseshoe crabs (Limulus polyphemus) are now classified as ‘Vulnerable’ to extinction by the International Union for the Conservation of Nature (IUCN). In China the Tri-spine horseshoe crab (Tachypleus tridentatus) is less fortunate, bled crabs suffer 100% mortality because they are sold for food and chitin production. The Tri-spine horseshoe crab is listed as ‘Endangered’ on the IUCN red list.

Because the blood is already fundamental to so many life-saving injections, the need to test Covid vaccines is not expected to result in a big increase in harvesting. But conservationists are calling for increased protection levels for the crabs and to move over to synthesised versions of the protein as soon as possible.

From mediaeval times to the modern day the Medicinal leech (Hirudo medicinalis) has played a role in medicine. Sixteen chemicals discovered in leeches are now used to save thousands of lives every year. Bivalirudin is a synthetic version of hirudin, that was first found in the leech saliva, and is a commonly used anti-coagulant treatment, including for some Covid cases. Over-collecting of leeches caused many local extinctions, but it was protected across Europe in 1992 and now has a ‘Near Threatened’ status.

Heparin, another anti-coagulant used to treat patients with severe Covid symptoms and at risk of blood clots, can be extracted from a range of animals including freshwater mussels, mangrove crabs, clams, shrimps and the Sand dollar (Mellita quinquisperforata), a close relative of sea urchins.

Despite global commitments to halt the loss of biodiversity by 2020, none of the targets set for 2020 were fully met, most importantly the declines of species continue and the Secretariat of the Biodiversity Convention recently concluded that biodiversity “financing would not appear to be sufficient in relation to needs”.

“Humans have never been more dependent on bugs, but they also depend on us to allocate enough room for them the thrive and to keep those spaces free from harmful pollution. I hope that the help gathered from invertebrates in our time of need is repaid with a greater respect and acceptance of bugs by humans. We must dedicate ourselves to achieving ‘No Insectinction’ and healing our planet’s life support system.” said Matt Shardlow, Chief Executive of Buglife.

“The health of humans, animals and ecosystems are interconnected. Human health and wellbeing are dependent upon nature and the solutions it provides. Yet invertebrates, which are the very basis of the functioning of ecosystems, are declining at appalling rates. It is urgent to protect bugs, which are an essential part of biodiversity and play a crucial role in maintaining the environment, and in ensuring our health and food security.” said Nicolas Laarman, Managing Director of Pollinis.