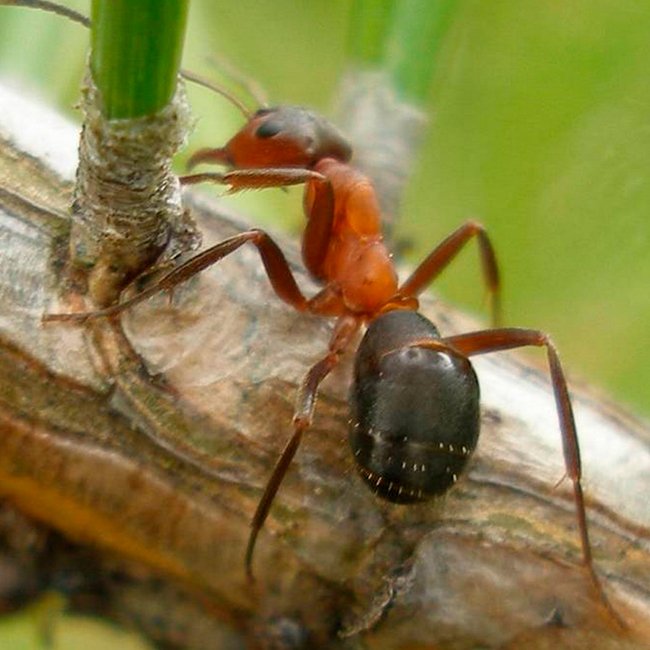 We’re familiar with Christmas robins, reindeer, even penguins, but what about a Christmas ant? Bringing some seasonal cheer to a grim year is some big news about a tiny creature, the rare endangered Narrow-headed Ant.

A  wildlife conservation project has just been completed, halting the decline of the species and preventing it disappearing to no more than a ghost of Christmases past. The Back from the Brink project was formed from a national coalition of conservation agencies to rescue 12 crucially threatened species and 7 habitats, improving the fortunes of hundreds of others.

Reminiscent of the organised co-ordination of an ant nest itself, local volunteers, wildlife charities Buglife and Devon Wildlife Trust, the Highways Agency, and Paignton Zoo teamed together to boost the prospects for the ant in its last south Devon home. With widespread loss of heathlands across the south of England over the last 50 years, the Narrow-headed ant Formica exsecta was on an inexorable downward trajectory towards almost unnoticed extinction, to a single remaining place only in the whole of England where one could still see the distinctive domed nests with their characteristic thatched roofs of nibbled grass.

The Back from the Brink partnership stepped in on behalf of this unsung national priority and Devon Special Species, with opportunities for all to become involved in response to the current biodiversity crisis. The project partnered with volunteers from the local community to create, restore, maintain and link up heathland habitats, and to survey and monitor the status and health of the ant population.

There was also some non-human assistance, in the form of cattle that kept vegetation from over shading the nests and smothering the open heath. Most symbolically, the project was able to introduce pioneer nests to former sites nearby, where it is hoped they will establish and flourish. In the spirit of DIY citizen science conservation, equipment such as underused tools from sheds, scraps of roofing felt, old fish tanks, windfall fruit and net curtains were used to develop new techniques for translocating nests and rearing queen ants for release on the sites. Methods were refined, from use of a borrowed mini-digger to a more surgical operation with trowels, spades wheelbarrow and several buckets.

Volunteer Betsy Vulliamy explained: “while this sounds quite low-tech, it was the culmination of several seasons of intensive study and observation we carried out over the last 3 years between us, to understand more about the ant’s behaviour and nesting activity; the more we learned, the more complex the picture became”.

Nests in their new home were given slices of apple as a source of sugar energy and as a house warming gift. A sign that the ants have settled in will be when they are seen exploring for aphids, collecting the sweet honeydew the aphids exude, and venturing out further to forage for insects, carrion and nest material to take back to the nest. At the same time they will be providing a wider service controlling pests and recycling nutrients.

The Narrow-headed ant should now have a safer future in 2021. “I’ve been engaged with the plight of Formica exsecta for 18 years”, recalled Back from the Brink project officer for Buglife Stephen Carroll. “I saw the last nest  succumb and die out at its penultimate site in 2004. It’s great to see the first significant steps to recovery, which might have been our last chance, and just in time. It’s a worthy gift for exsecta at Xmas.”

“We’re very proud of the part we have played in helping this struggling species. Our work over decades restoring our nature reserves at Chudleigh Knighton Heath and Bovey Heathfield have been of key importance to this project. The next step will be to further enhance and link South Devon’s remaining heathlands. This will give the narrow headed ant and other heathlands specialists a brighter, more secure future.” Added a spokesperson on behalf of the Devon Wildlife Trust.

While the main project has finished, ‘Nest Quest’ a public participation survey and appeal for wood ant nest records, will continue on the Buglife website. If you spot a Narrow-headed ant nest, Buglife will definitely be interested to hear from you.