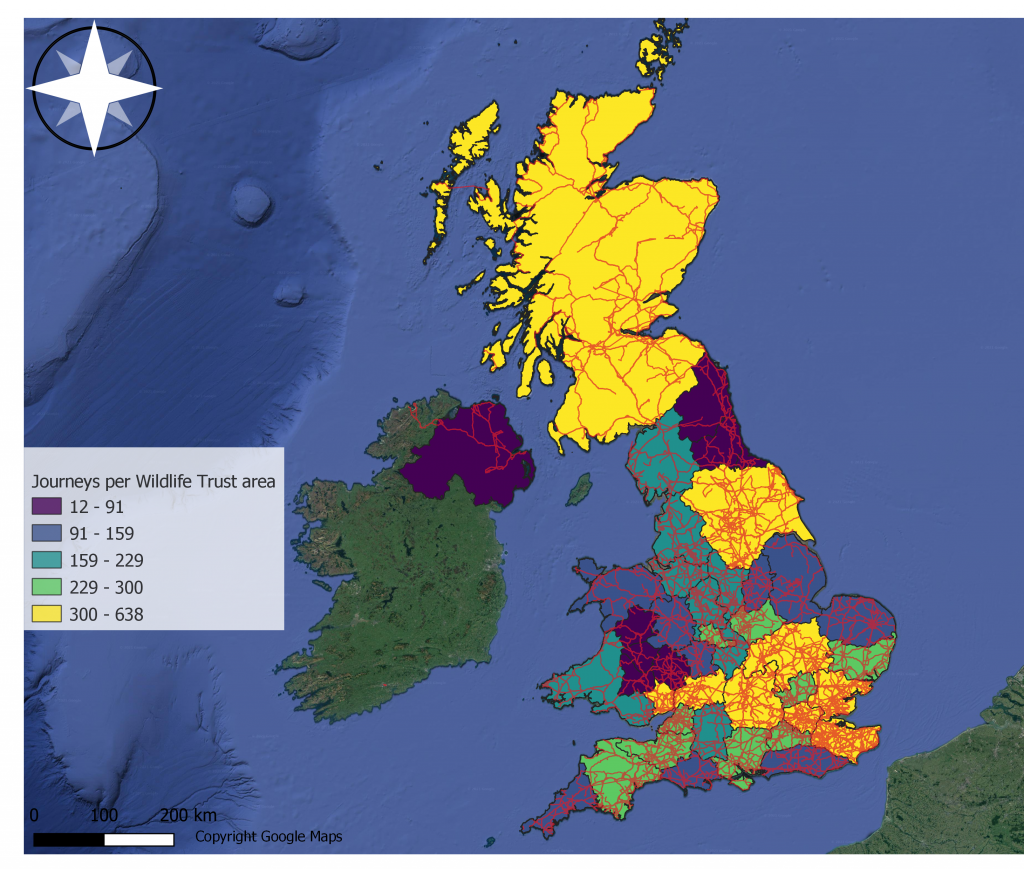 Participation in this year’s Bugs Matter survey was fantastic, with a total of 4,998 journeys logged and 5,434 downloads of the Bugs Matter app. This is enough to carry out a robust analysis  at both county and national level.

The full  results will be published in late March after a comprehensive analysis of the data has taken place, , though preliminary results indicate a significant decline in  the number of insects sampled on vehicle number plates in 2021 compared to a 2004 baseline survey carried out by the RSPB.

Bugs Matter is a survey based on the ‘windscreen phenomenon’, a term given to the observation that people tend to find fewer insects squashed on the windscreens of their cars compared to several decades ago. It uses an app on your phone and a ‘splatometer’ grid to ensure standardised counts of splatted insects. Participants follow these steps:

Insects underpin our natural world and their numbers can help us to better understand what is happening in our environment. The aim is to repeat the survey every year to build up a better understanding of insect populations.

Paul Tinsley-Marshall, the survey coordinator, commented: “The Bugs Matter partners Buglife and Kent Wildlife Trust alongside the other participating Wildlife Trusts of Essex, Somerset and Gwent, thank all those who took part in the survey over the summer. We also thank the RSPB for their support. The results are helping to build a national picture of insect population trends that can inform future actions to save these vital indicator species.”

“We are really pleased that so many people joined in the Bugs Matter survey to measure the health of the UK’s insect populations.  Thanks to everyone who got involved.”  – Andrew Whitehouse, Countries Manager at Buglife.