Home > News > We are losing 9% of insects per decade 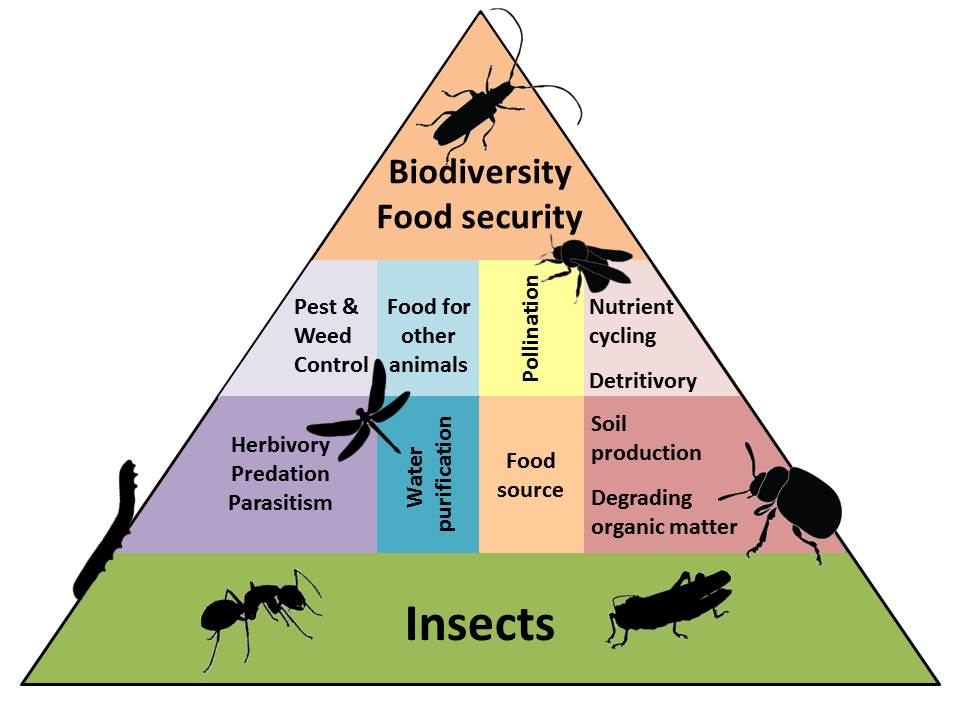 Van Klink et al. 2020 have examined trends in insect abundance around the world and have shown that terrestrial insects are in desperate long-term decline, but that insect populations in rivers in countries with strong water pollution laws have been recovering in recent years.

This is the first study to show that, on balance, insect abundance is in steep decline worldwide – 0.92% per year which translates to an average loss of 8.81% per decade. Studies using other methods (including direct measurement) have produced insect population decline figures of between 2.2 and 2.7% per year.

If these steep declines are not addressed then there will be further damage to ecosystems and their ability to support crops and life on Earth.

Many insect species are threatened with extinction because the area in which they can survive is shrinking, often partly due to climate change, however trends in the distributions of species were excluded from this study which only looked at abundance and biomass trends.

The report also looked at freshwater invertebrate biomass and abundance and found the average trend is for an 11% increase per decade. This seems to be a genuine good news story. The 2019 UK State of Nature reported a long and steep decline going back to at least the 1970s, followed by a significant reversal of that decline since 1995. Recent improvements in freshwater invertebrate abundance are thought to be the result of strong and effective modern water pollution legislation in the EU and North America, that has reduced sewage and industrial contamination in rivers. Most aquatic insect abundance data is from rivers, trends in populations associated with ponds and ditches are rarely studied.

Freshwater represents only 2.4% of the Earth’s terrestrial surface, and few of its inhabitants are pollinators, so the massive decline in the abundance of flying insects, recorded particularly in Central Europe, remains a developing ecological disaster.

The study identifies land use change as a key factor, particularly the process of urbanisation, which has a stronger relationship with declines than might be expected; perhaps caused by associated light pollution and other pollution. Trends were slightly less negative, but still negative, near crops and on protected areas such as nature reserves.

The lack of a consistent relationship between trends and climate change in the review is a surprise as several studies have detected clear links between increasing temperatures and fragmentation and the decline of insects. The climate change role may be masked by the exclusion of distribution change trends and the fact that climate change is currently favouring some common and widespread species that are increasing in abundance as the specialist species wane.

“Losing 9% of insects every decade, more in many species and regions, is an unsustainable rate of abundance loss. We depend on the services of insect pollinators and predators to grow food, so it is essential that we create space for them to thrive and that we make the countryside safer for them. It is also clear that strong regulatory legislation can reduce pollution levels and reverse biodiversity decline, we need similarly strong legislation to improve the management of terrestrial wildlife habitats and to reduce light pollution” Said Matt Shardlow, Buglife CEO.