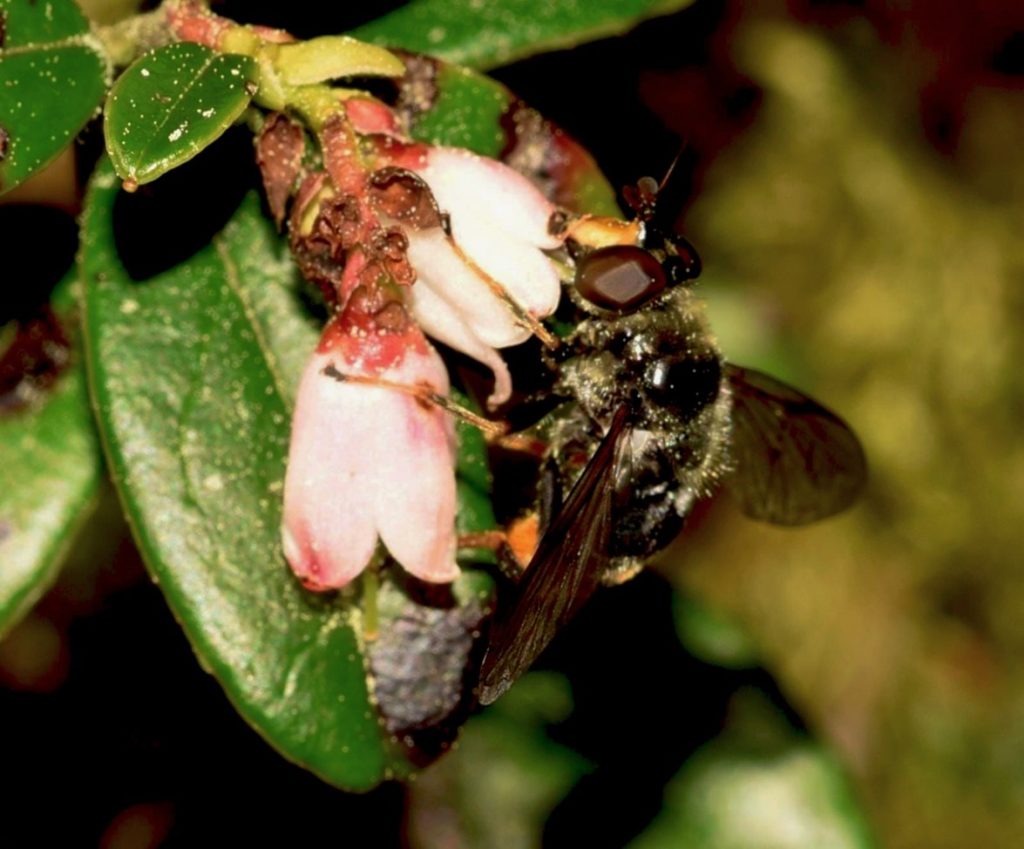 An adult pine hoverfly has been spotted in the wild in Britain for the first time in nearly a decade, thanks to successful conservation efforts by the Rare Invertebrates in the Cairngorms (RIC) partnership.

The discovery of the adult female of the critically endangered species follows staggered releases of larvae in October 2021 and March 2022 at RSPB Abernethy and Forestry and Land Scotland Glenmore, sites carefully managed for conservation.

The larvae were bred as part of the Royal Zoological Society of Scotland’s (RZSS) conservation breeding programme for the species, based at Highland Wildlife Park. The adult sighting is an early sign of success for the project.

Dr Helen Taylor, conservation programme manager at RZSS said, “This discovery is a huge step for pine hoverfly conservation and recovery, showing the larvae which were released are surviving through to adulthood. There is now hope these adults will mate and produce a new generation of wild pine hoverflies, which is a key step in establishing new wild populations.

“As one of our most endangered native species, pine hoverflies are important to forest ecosystems, acting as both pollinators and waste recyclers.

“These releases also allow us to further develop our knowledge of their behaviours in the wild. For a species so little is known about, every observation improves our understanding of what pine hoverflies need to survive and thrive, helping us select the best habitat for future releases and continually evolve our techniques within the RZSS breeding programme.”

Pine hoverflies are only known to inhabit one small forest patch in the Cairngorms National Park; the pine hoverfly conservation project aims to establish healthy new populations in other areas across Scotland.

“We will better understand the true level of success of this year’s breeding season in September, when we survey for new larvae produced by the adults that are currently emerging. But for now, it is wonderful to be able to celebrate this exciting moment.”

Funding for the RZSS breeding programme from Cairngorms National Park Authority, Forestry and Land Scotland, Marvelous Europe Inc., NatureScot, The National Geographic Society, alongside support from the Scottish Government’s zoos and aquariums fund and players of People’s Postcode Lottery, has been critical in ensuring this vital project can continue.