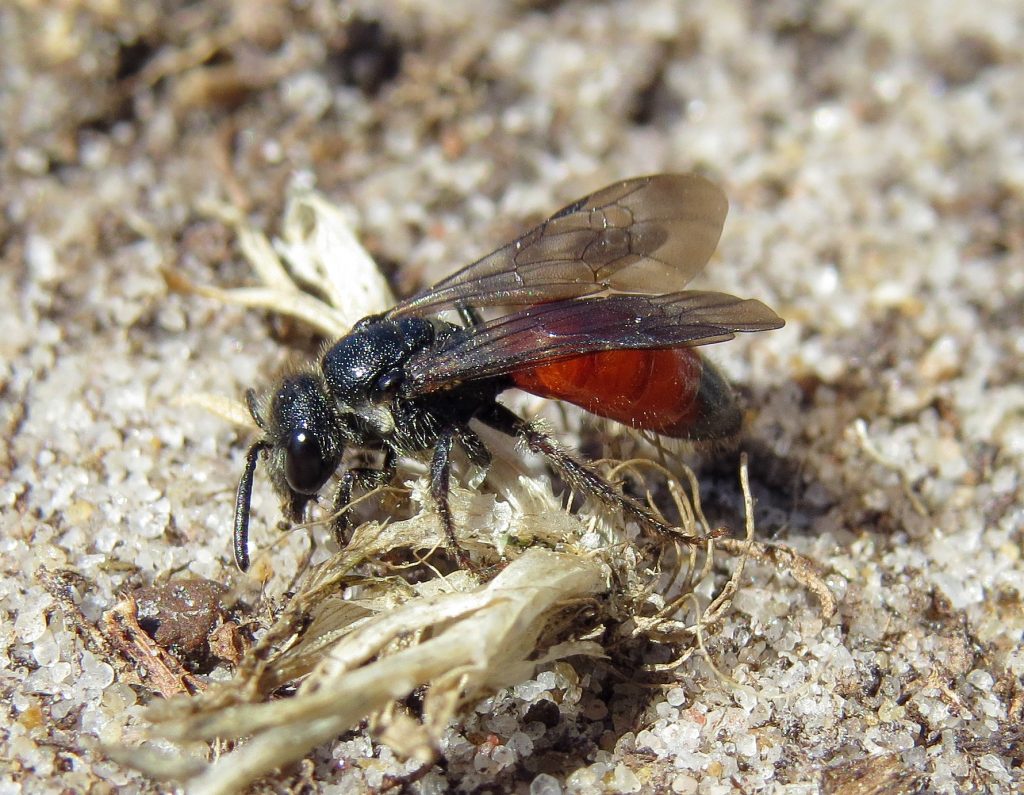 Loss of wildflower habitats, pollution and climate change are pushing many of Northern Ireland’s wild bee species to extinction, a new report by Buglife reveals.  The new review looked at bee populations in the country and found that, unless action is taken, 21 species are at risk of extinction.

There is widespread concern over the status of pollinators, as many insect groups including bees, butterflies, moths and hoverflies have declined dramatically in the UK and globally both in their abundance and diversity.  Wild bees (bumblebees and solitary bees) show among the most severe declines of any UK pollinators.  Northern Ireland is home to many nationally rare and threatened bee species and supports the largest population in the UK of Northern Colletes (Colletes floralis) a Priority Species for conservation action.  The Bee report is a call to action to save Northern Ireland’s wild bees.

By examining historical and modern data, the report has found that many threatened species are declining and are facing an uncertain future, due to the loss of wildflower-rich habitats, pollution, disease and climate change. The report has also highlighted the need for better recording and monitoring of the health of our pollinator populations.

Anna Hart, Conservation Officer for Buglife Northern Ireland has said “The Northern Ireland Threatened Bee Report has sadly highlighted some extremely worrying trends in our wild bees, unless urgent action is taken we are likely to see the extinction of some of these species over the next 10 years.  However, we have a solution to the pollinator crisis – by making more space for wildlife and restoring networks of wildflower-rich habitats across the country we can reverse these declines and ensure healthy pollinator populations for future generations.”

The Bee Report adds to our knowledge of the health of Northern Ireland’s pollinator populations, and contains detailed actions on how to help each species to recover. The work will help to support the All- Ireland Pollinator Plan in Northern Ireland.

Richard Weyl Biodiversity Officer in the Northern Ireland Environment Agency, said “I would like to thank Buglife for this timely report on status of our most threatened bee species.  It provides key information to help guide conservation action required by the All-Ireland Pollinator Plan including encouraging better monitoring of bees and more pollinator friendly management of designated sites and the wider countryside.”

Melina Quinn, Wildlife Adviser at the National Trust, welcomed the report, and said “As a conservation charity, the National Trust are committed to restoring a healthier, more beautiful, natural environment. We aim to achieve this by working with partners like Buglife to make our land better, bigger and more joined up for nature. National Trust has signed up to the All-Ireland Pollinator Plan and are committed to making our landscape a place where pollinators can survive and thrive.”

Our thanks to the Bees Wasps and Ants Recording Scheme (BWARS), Centre of Environmental Data and Recording (CEDaR), National Biodiversity Data Centre (NBDC) and numerous individuals who contributed to the report.  We would also like to thank NIEA for funding the production of this report.