Home > Get Involved > Buglife Near Me > Buglife South England

Our South of England team work to conserve the special invertebrates of the region, and also lead on some of our national work programmes such as oil beetle and White-clawed crayfish conservation.

South West England is home to some of the UK’s most endangered invertebrates, many of which are not found elsewhere in the country. A huge range of habitats support a wide diversity and abundance of wildlife – from our miles and miles of coastline to the uplands of Dartmoor; the lowland acidic heaths of Dorset to the chalk of Salisbury Plain; from the Somerset Levels to our urban areas.

There are 120 UK Biodiversity Action Plan (BAP) Priority Species of terrestrial, freshwater and marine invertebrates in South West England (not including moths and butterflies), of these 32 species are a priority for the region – i.e. the South West supports the only UK populations or the region is a national stronghold for the species.

Research shows that many pollinating insects have declined in recent years, both in the UK and globally. The South West Bees Report focuses on 23 bee species considered to be most at risk in the South West, with recommendations for conservation action and the related South West Bees Project. 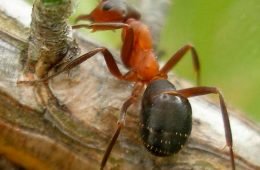 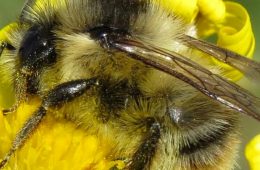 The Government, for the second year running, has allowed for a banned bee-harming pesticide to be used by sugar beet Read more