Home > News > Would you like a little more tea? Said the Mad Hatter

Yesterday, a great time was had by all at the Urban Buzz Pollinator Tea party held at Rawcliffe Country Park. There were bug hunts, story telling, face painting and a picnic, all to raise money for York based project Urban Buzz.

Over 70 local children and adults attended the event to learn more about out bees, butterflies and other pollinating insects. They were treated to an afternoon tea, generously provided by Morrisons, Sainsburys and Tescos as well as performance of ‘The Hungary Caterpillar’ and ‘we are going on a BUG hunt’, captivatingly told by Gemma from Hoglets.

Alice Farr, Urban Buzz said “the event was fantastic; everyone had a really good time out in the sunshine, enjoying the food, story telling and hunting for bugs. Children on the bug hunt loved seeing a queen Red-tailed Bumblebee (Bombus lapidarius) and Gatekeeper butterfly (Pyronia tithonus) so close up.

Alice continues “Local businesses were really supportive of the event too and we were able to raise around £160 which will go directly to Urban Buzz and making new homes for bees in York’s parks and green space.”

The Tea Party is part of a series of pollinator events, the next one being a Pollinator Prowl on 11th August at St Nicks. This event is aimed at adults and will look at the diversity, beauty, and importance of insect pollinators which includes bees, butterflies, hoverflies and beetles. 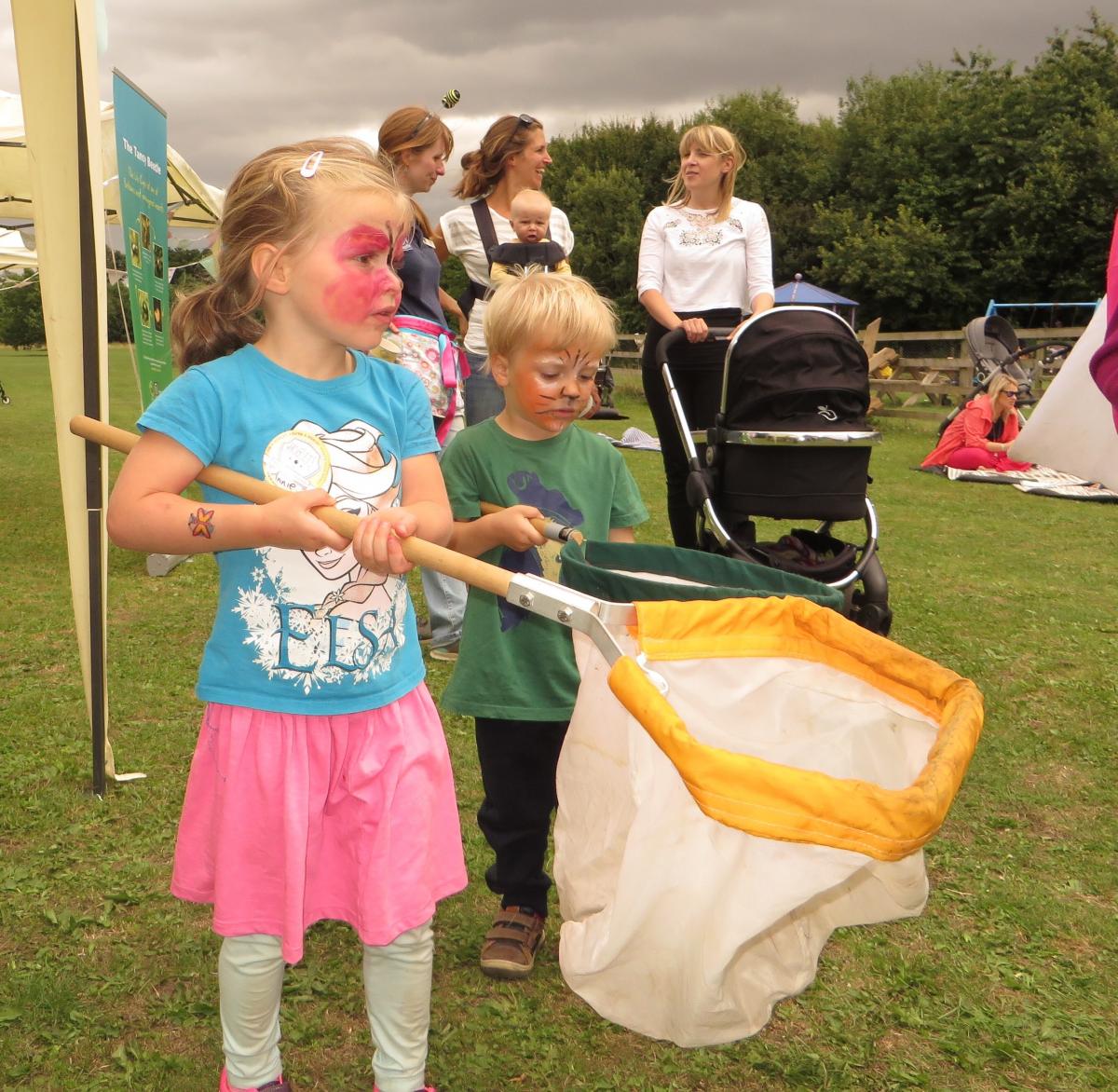