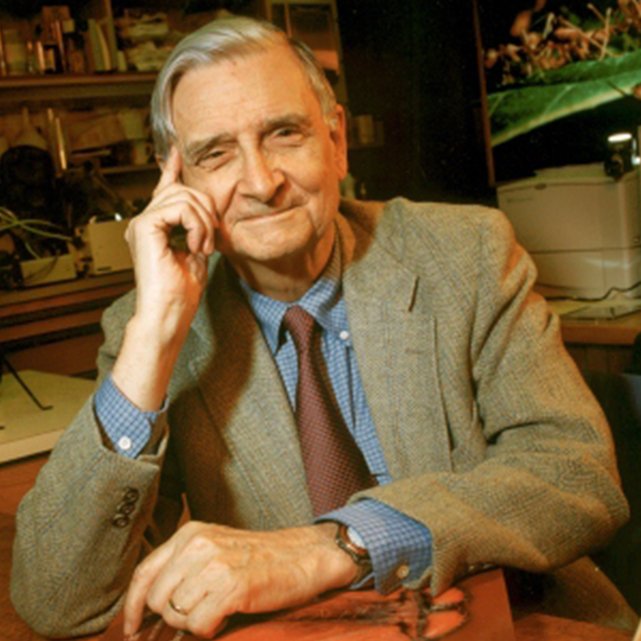 Edward Osborne “E. O.” Wilson FMLS was a prominent biologist and researcher. He was been Buglife’s Vice President  2004 until December 2021.

Matt Shardlow, Buglife Chief Executive commented. “Sad to hear of the passing of Edward O Wilson. An inspiring and visionary biologist who has shaped the relationship between our species and other life on earth. An entomologist and Buglife Vice President for many years.

“EO Wilson invented the word biodiversity and his argument that we should put aside 50% of the planet for nature is probably why we are currently talking about 30% for nature.”

Born 10th June 1929 in Alabama, Edward was an American biologist, researcher, theorist, naturalist and author. His biological specialty was myrmecology, the study of ants, on which he was considered to be the world’s leading expert.

He was well known for the breadth of his scientific career, is considered to be the “father of sociobiology” and coined the term “biodiversity”.

Pulitzer Prize for The Ants (with Bert Hölldobler) (1991),

and the BBVA Frontiers of Knowledge Award in the Ecology and Conservation Biology Category (2010) to name a few.

The Theory of Island Biogeography, The Insect Societies, Sociobiology: The New Synthesis, On Human Nature, Genes, Mind and Culture: The coevolutionary process, Biophilia, Success and Dominance in Ecosystems: The Case of the Social Insects and Consilience: The Unity of Knowledge to name but a few!