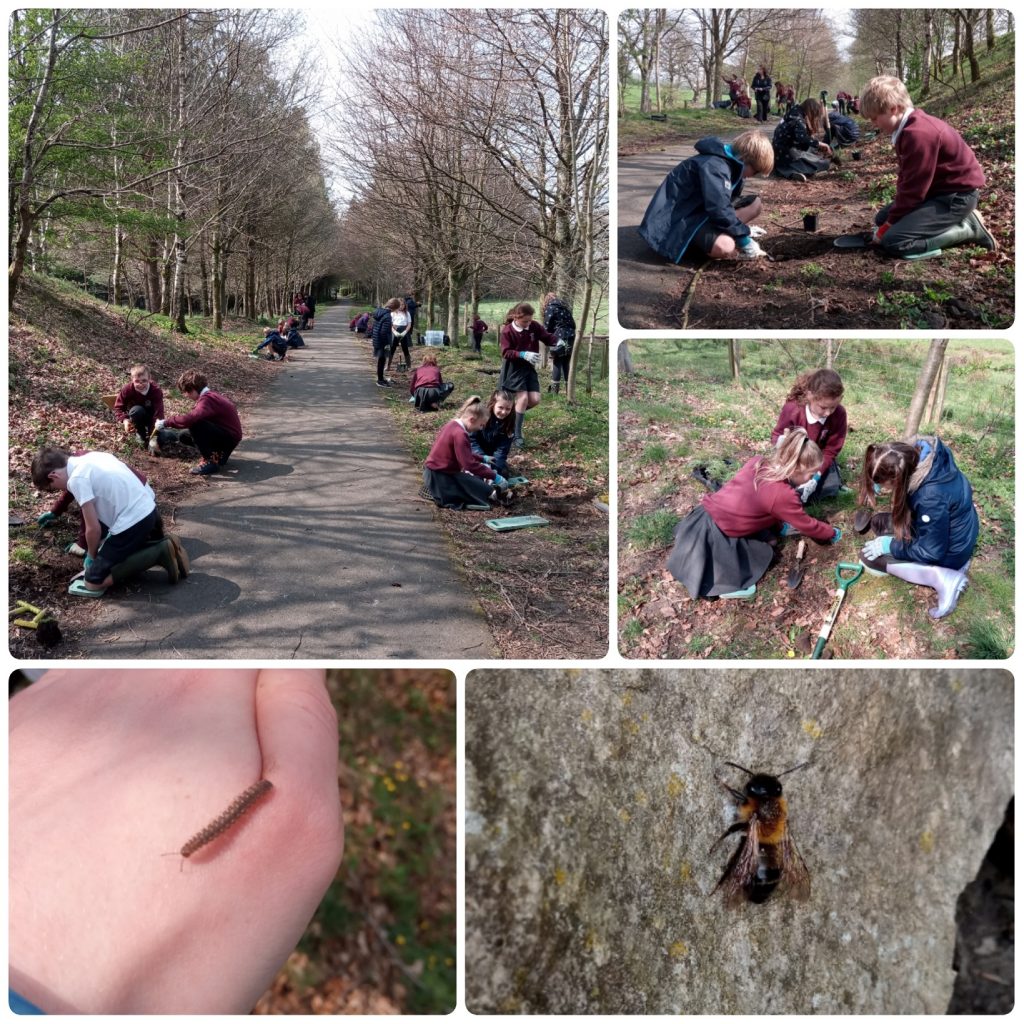 Thanks to funding from the Scottish Government and the Greggs Foundation, plus support from Central Scotland Green Network Trust and local councils, over 7.5 hectares of land has now been enhanced for the benefit of pollinating insects and other wildlife through the second phase of the John Muir Pollinator Way project!

The John Muir Pollinator Way – a ‘B-lines’ project run by Buglife Scotland – is working to establish Scotland’s first pollinator corridor or ‘B-Line’ stretching right across the country, by creating wildflower-rich habitat at selected sites along the 134-mile route of the John Muir Way.

The UK has lost over 97% of species-rich grassland since the 1940s, with dramatic declines in associated wildlife including native bees, butterflies, hoverflies and beetles. Projects like the John Muir Pollinator Way help to provide vital habitat for pollinators and other wildlife, allowing populations to remain connected. The flowers and wildlife in turn add a welcome splash of colour in urban spaces for people to enjoy too.

The aim of the second phase of this project – which ran from September 2018 to June 2019 –  was to create at least 25 pollinator ‘hubs’ along the John Muir Way, building on work  carried out in previous years and increasing the amount of wildflower habitat available to boost pollinator populations in Central Scotland. In just 10 months, Buglife have exceeded the targets set out at the beginning of Phase 2 and have now completed enhancement and habitat creation works at 37 sites along the John Muir Way!

Completion of these sites has been made possible through the support of a wide range of partners, including organisations such as National Trust, Scottish Ornithologists’ Club, The Conservation Volunteers, Butterfly Conservation as well as local councils in each of the authority areas (West Dunbartonshire, East Dunbartonshire, Stirling, North Lanarkshire, Falkirk, West Lothian, Edinburgh and East Lothian). Ground work at the majority of sites was carried out with help from local volunteer groups, community groups and schools, encouraging a sense of ownership and connection among people to their local environment.

Joanna Lindsay, Conservation Officer for Buglife Scotland said: “People and communities all along the John Muir Way have contributed to enhancing their local greenspaces for wildlife through this project and have learned about the importance of protecting our pollinator populations. Hopefully this time next year walkers and cyclists using the route will enjoy seeing these sites buzzing with life!”

Emilie Wadsworth, Deputy Head of Strategic Development for CSGNT said: “The achievements made this year in creating another 37 pollinator sites along the John Muir Way have been fantastic, and have made a real contribution to our vision of creating a network for people and wildlife along the route. We’re looking forward to getting out there next spring and seeing it all in bloom.”

Environment Secretary Roseanna Cunningham said: “Pollinators make a vital contribution to biodiversity within our natural environment, so I’m pleased to support initiatives like this which help to create ideal habitats for our flora and fauna, with all the economic, health and wellbeing benefits that brings.”