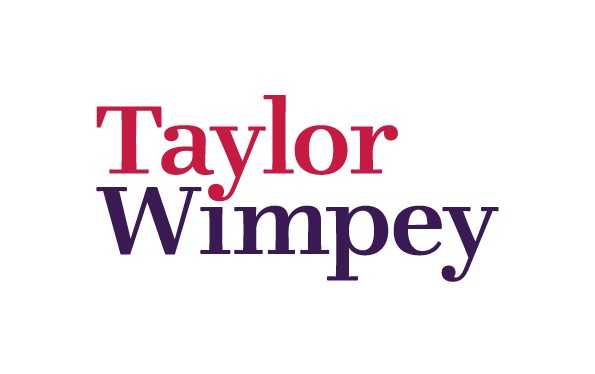 Taylor Wimpey, one of the UK’s largest residential homebuilders, has announced its environment strategy, ‘Building a Better World’. The developer has committed to creating a greener, healthier future for its customers, colleagues and communities with a series of new targets.

The strategy focuses on key environmental impacts for the business; climate change, nature, and resources and waste, with specific commitments to:
– Increase nature on new developments
– Achieve its science-based carbon reduction target
– Make it easier for customers to live a more sustainable lifestyle

Partnerships to support nature on new housing developments
Taylor Wimpey has committed to increasing natural habitat on its new developments compared with before development begins and, where appropriate, to adding additional wildlife enhancements, such as bug hotels, bird and bat boxes and wildlife ponds to support native species.

In an industry-first partnership, Taylor Wimpey will also be working with national insect charity, Buglife, to improve habitat for pollinating insects on its new housing schemes. This
includes supporting Buglife’s B-Lines project which is creating ‘insect pathways’ of pollinator-friendly habitats through the UK’s countryside and towns.

A new partnership with Hedgehog Street, a joint undertaking between the British Hedgehog Preservation Society and People’s Trust for Endangered Species, will see the developer
integrate hedgehog highways across its new developments.

Science-based carbon targets to tackle climate change
Taylor Wimpey’s environment strategy includes ambitious carbon reduction targets which have been developed with the Carbon Trust and validated by the Science Based Targets
initiative. The operational target is consistent with the reductions needed to limit global warming to 1.5 °C, the most ambitious goal of the Paris Climate Agreement.

Taylor Wimpey is committing to:
● Reducing its operational carbon emissions intensity by 36% by 2025 (from a 2019 baseline)
● Reducing carbon emissions intensity from its supply chain and customer homes by 24% by 2030 (from a 2019 baseline)
● Purchasing 100% renewable electricity for all new sites
● Trialling low carbon technology, including green portable cabins and solar hybrid generators

The homebuilder has already achieved an absolute reduction in operational greenhouse gas emissions of 39% since 2013 and was the first developer in the UK to achieve the Carbon
Trust Standard for Carbon.

Enabling more sustainable living for customers
To help make greener living more accessible, Taylor Wimpey has committed to installing 36,000 electric vehicle charging points and implementing measures that will make it easier
for customers to save water, increase recycling and work from home.

Through its partnerships with Buglife and Hedgehog Street, it will create opportunities for customers to engage with nature and help residents of its new communities to create
20,000 nature friendly gardens by 2025.

These actions build on customer research, carried out by Taylor Wimpey in 2020, which found that 42% of existing and potential new home customers have become more focused
on environmental issues as a result of the pandemic. 43% considered environmental performance to be an important factor in choosing who to buy a new home from.

Pete Redfern, Taylor Wimpey’s Chief Executive says: “At Taylor Wimpey our purpose is to build great homes and thriving communities. We’re proud to create places that will be
enjoyed by generations of people for decades and even centuries to come. Yet today, younger generations face an uncertain future and the scale of the environmental crisis has
never been more apparent. As a responsible business, we want to act. By launching our environmental strategy and ambitious targets, we aim to play our part in protecting the
planet and creating a greener, healthier future for our customers, colleagues and communities. By working with partners Buglife and Hedgehog Street, we will increase
nature on our sites making them better places to live for our customers.”

Paul Hetherington, Director of Marketing, Buglife comments: “B-Lines are an imaginative and beautiful solution to the problem of the loss of flowers and pollinators, a series of ‘insect pathways’ running through our countryside and towns, along which we need to restore and create a series of wildflower-rich habitat stepping stones. They link existing wildlife areas together, creating a network that will weave across the landscape. We are delighted to be working with Taylor Wimpey to create pollinator-friendly habitats on new development sites, helping to make the B-Lines grow.”

Grace Johnson, Hedgehog Officer, at Hedgehog Street adds: “We are delighted that a major developer such as Taylor Wimpey is taking action to support hedgehogs – a species that has
declined by 30% in urban areas since 2000 and last year was listed as ‘vulnerable to extinction’ on the Red List for Britain’s mammals. Lack of suitable habitat, and connectivity between habitats, are just two of the many threats hedgehogs face. Making small holes (the size of a CD case) in garden fences or walls will really help, as this enables hedgehogs to roam between gardens and nearby green spaces in search of food and mates. Hedgehogs are such a well-loved species, but one that really needs our help. Creating ‘Hedgehog Highways’ across Taylor Wimpey’s new developments is a positive step forward for hedgehogs, and we hope that this will encourage other housing developers to follow their lead and help hedgehogs too.”

Dominic Burbridge, Associate Director and construction lead at the Carbon Trust Advisory says: “Setting a science based target is essential for any company that is serious about addressing the climate crisis. The Carbon Trust has been working with Taylor Wimpey since 2011 and they were the first UK large housebuilder to obtain the Carbon Trust Standard for Carbon in 2017. Now, with their ambitious new carbon reduction target they are positioned to play their part in the transition to a low carbon economy. “