Home > Blog > COP26 – how does climate change impact upon invertebrates? 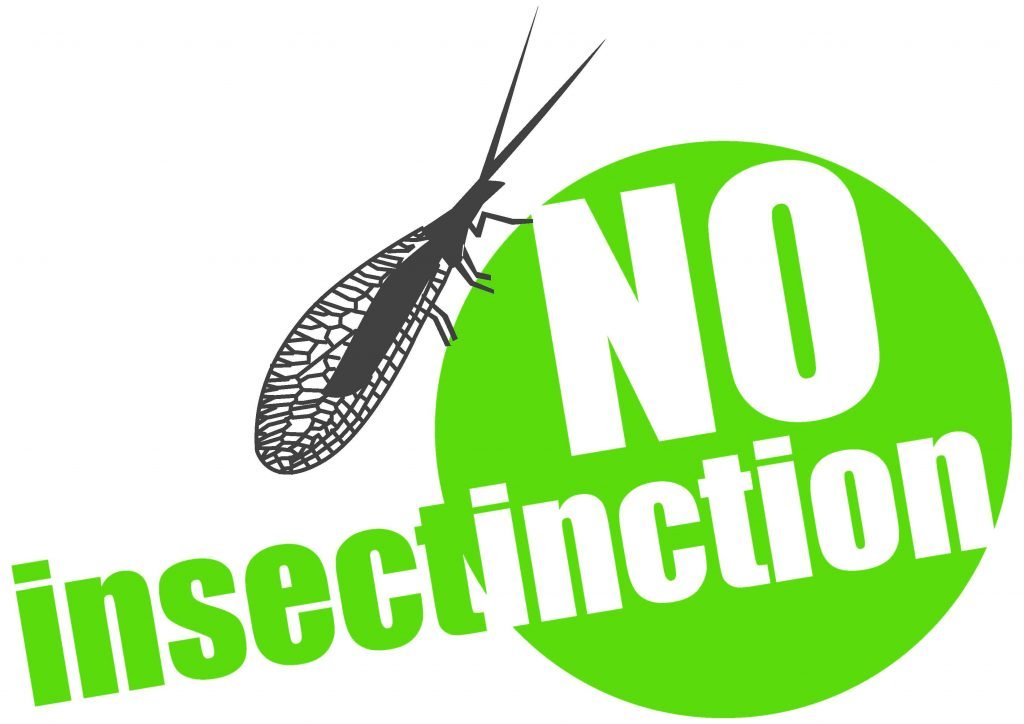 As the world’s leaders focus their minds on tackling climate change at COP26 this month, our Conservation Director, Craig Macadam looks at how invertebrates are already feeling the effects of a changing climate. This expands on the climate change focus in Buglife’s NoInsectinction Campaign

Climate change is widely recognised as being one of the major long term threats to biodiversity. Most recent predictions are that our climate will become warmer, patterns of rainfall will change, and the number and frequency of extreme weather events will increase as a result of climate change, and this will inevitably have an impact on invertebrate populations.

Indeed, with the many invertebrate species having relatively short life cycles and good powers of mobility they are likely to be one of the first groups of animals to show the impact of a changing climate.

In Europe, cold-loving species will retreat northwards and uphill, while warm-loving species will increase their range.  Species normally found further south in Europe may become established in the UK. However, for many species – particularly those with more specific needs, or with poorer ability to disperse, responding with a changing climate will be difficult.  The loss and fragmentation of habitats means that large parts of our landscape are impermeable to the movement of wildlife.  Many species will be marooned on isolated islands of habitat, unable to move north in response to a warming climate.

Temperature plays a vital role in the breeding success of cold-blooded organisms and therefore the population size and viability of many invertebrate species. It is probable that small changes in temperature will be enough to jeopardise the survival of some invertebrate populations. This effect will most likely be seen in cold-adapted montane species whose very survival may be at stake; however, it is also evident in other habitats.

The Upland summer mayfly – a canary in the climate coal mine

Not many of you will have ever seen the Upland summer mayfly (Ameletus inopinatus).  It’s not that it’s particularly rare, it’s more that it occurs in places where few people look at mayflies.

The Upland summer mayfly is the only predominately montane mayfly species in the UK. Living in a harsh environment has its benefits. For example, there may be less predators there, however these benefits come with a major drawback. As a montane species, the Upland summer mayfly is restricted to cold water streams. In the UK it has been found mostly above 300 metres, although in the north of Scotland it has also been found at lower altitudes.

A recent study has shown that it is now absent at many of these low level sites and there is some evidence that it is being pushed further and further upstream as water temperatures rise.

This is incredibly worrying. European research using climate change models has shown that the geographical range of this species is likely to contract with remaining populations of the Upland summer mayfly in 2080 predicted to be restricted to the Alps, Scandinavia and parts of the Scottish Highlands such as the Cairngorms.

Reduced snow cover in the mountains is another problem for montane species. Snow beds are home to a unique assemblage of invertebrates; however, their habitat is becoming scarcer due to climate warming. Research in the Cairngorms has shown an overall decline in snow cover since 1969. At current climate projections there is likely to be little or no snow in the area in some years in the future, which may sound the death knell for these specialist invertebrates. 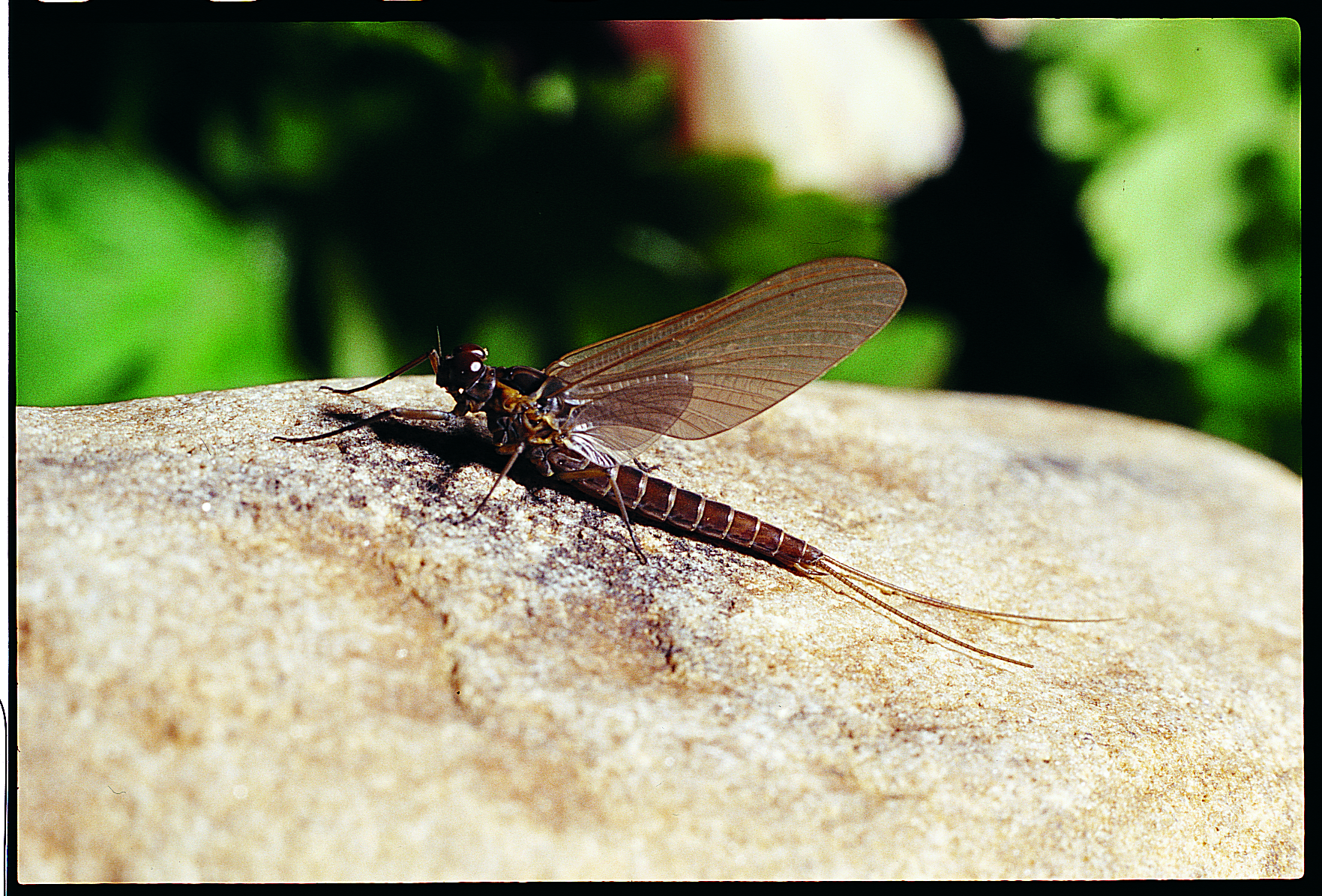 Extreme events such as sustained warm spells and heavy rain will also become more common with climate warming. Drier, warmer conditions, coupled with increased demand on water supplies will lead to droughts. The most obvious effects will be on species that rely on freshwater habitats; however, a wide range of other species could also be affected. Pollinators may find that the plants they rely on are stunted or disappear altogether due to lack of water. Species like the Aspen hoverfly and Pine hoverfly that depend on damp, decaying wood could also suffer if the wood dries out too quickly.

Wetter conditions and an increase in the frequency of floods is also likely to have a significant effect on invertebrate populations. Ground-dwelling insects may be drowned or washed away, and for those that survive, the catastrophic loss of their food resource may prove fatal. Changes to the frequency and timing of floods on the Yorkshire River Ouse are particularly affecting Tansy beetle populations along the riverbanks. Summer floods were once a rare occurrence but are now increasing in frequency. Tansy beetle larvae, freshly emerged from their eggs in August, feed extensively on the Tansy growing along the river. Increased flooding during the late summer has had a devastating effect on this species, with large areas of Tansy being inundated. Fortunately, the creation of areas of Tansy away from the river is providing hope that this species can weather the storms.

Flooding and drought can also have huge impacts on aquatic invertebrates. Freshwater pearl mussels are normally found buried in the gravel in the bed of rivers, however extreme flood events can shift this gravel, burying the mussels or lifting them out of the river and on to the neighbouring land. Flooding in 1998 resulted in over 50,000 mussels being lost from the River Kerry in Scotland, while the extended dry conditions in 2018 lead to large numbers of mussels perishing.

Disruptions to the lives of invertebrates have knock-on impacts

As climate change alters the lives of invertebrates, it will also disrupt other wildlife.  Many birds and mammals rely on the timing of insect emergence to feed their young. Take the Golden plover for example. The young of this upland bird feed on Craneflies as they emerge from the moorland. Research has shown that the plovers are laying their eggs earlier and craneflies are emerging as adults earlier due to warmer temperatures. However, there is a growing mismatch between the timing of these two events which may result in less food being available for the plover chicks.

A similar mismatch may be seen with some plant species. Insect pollination is essential to the development of many plants, and there are often unique relationships between plants and insect species. Warming temperatures can result in pollinators emerging earlier, potentially before the plants have flowered, meaning that the insects are unable to forage for nectar and pollen, and the plants remain unpollinated. Where the local climate becomes intolerable for either the plant or the pollinator this can result in the local extinction of both species.

An even more fundamental problem is that warming temperatures leads to smaller body sizes in insects. Body size, which also influences wing size, is critical to many aspects of insect lives, not least their ability to disperse. Recent studies indicate that a reduction in body and wing size has already occurred in some species of bumblebees, social wasps, dragonflies and damselflies, moths, and craneflies.

What can we do to help invertebrates in a changing climate?
Firstly, at COP26 we need our world’s leaders to make strong commitments to rapidly reduce carbon emissions. And we need swift action as well as words – if we are to tackle climate change and limit global heating to 1.5˚C.

They also need to recognise that nature can help.  By taking better care of habitats, and by restoring wild places, we can rebalance our atmosphere.  We must protect remaining habitats and restore them at scale.  Many habitats of great wildlife value have been shown to very effectively sequester carbon – habitats like peat bogs, wildflower-rich grasslands, woodland, and seagrass beds.  Not only do these habitats soak up atmospheric carbon, they help to mitigate against the impacts of climate change, like aiding the movement of species, or better managing flood waters.

There is much we can do to reduce our climate footprint, and to help invertebrates to cope with a warming climate.

Find out more about climate change on our NoInsectinction webpages.