This month we look at our industrious earthworms which are now busily burrowing in our gardens and under our feet to ensure that our soils are in perfect condition for cultivating blooms and veggies. Caretakers of the Soil While most of us are still snug inside our homes cradling a cup of tea, thinking about dusting off spades and tentatively venturing back into our winter weathered gardens. One set of animals – the hard working earthworms – have been busy fulfilling their essential role during the winter. These heroes of the invertebrate world ensure we have a rich healthy soil.

You may be surprised to learn there are 26 British species of earthworm that are of a variety of sizes, the largest is 30cm and the smallest is around 6cm long, and they range in colours from a dark red to pale a yellow/green. The different types of earthworm are not easy to tell apart – identifying them requires a magnifying glass, an eye for detail and a lot of patience! However, one group ‘the litter dwellers’ are the most distinctive, living either in the leaf litter, at the soil surface or within compost heaps; they have dark red or brown colouring and in the case of the Tiger worm a set of dapper stripes.

The Tiger worms play their part at the very start of the recycling process consuming dead plant material when it first lands on the soil surface. They process it by eating it and recharge the soil with nutrients and minerals. The worm ‘casts’ – the small piles of processed soil or worm manure – are especially rich in the mineral calcium, which is needed by plants to absorb nitrogen – essential in helping them to grow. Earthworms also break up and aearate the soil like mini-ploughs, improving the texture of the soil wihch also helps produce heatlhy plants.

Darwin recognised the undoubted importance of earthworms and spent a large amount of time studying and understanding them, eventually writing his last book ‘The formation of vegetable mould, through the action of worms, with observations on their habits’. The research methods he utilised ranged from the very standard to the more unusual, for example he played a number of musical instruments, while assessing their reaction, and eventually he concluded that they are deaf!

Despite their importance earthworms are declining because of the increased level of damage that is now done to soils. As soft-bodied animals, earthworms are particularly sensitive to toxic chemicals. You can help earthworms and other bugs by not using chemical pesticides in your garden.

Earthworms are also important for agricultural productivity, however in the wider countryside earthworm numbers are becoming increasingly reduced through activities such as: ploughing, soil compaction, pesticide use and other modern farming methods. Better soil management will improve conditions for earthworms, which in the long term will result in healthier soil and better productivity.

Tiger worms also assist in living more environmentally friendly lifestyles, as they are one of the main worms used in wormeries and found in compost heaps, they allow us to process our kitchen and garden waste breaking it down and eventually creating rich compost for gardens, allotments and window boxes.

So watch out for worms, this spring when you are digging in your garden – make sure you look out for your earthworms and in return they will ensure your garden has a rich healthy soil. 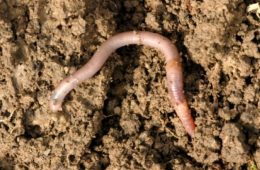 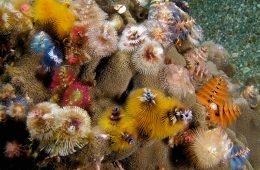