New forest cicada is the only cicada native to the UK; however these mysterious little critters haven’t been sighted in the UK for well over 10 years and are highly endangered!

Where in the UK: The New Forest, Southern England

They are active in their adult form on warm, sunny, still days from late May until early July, this stage lasting from 2-4 weeks. It is thought that they are mainly inhabitants in the New Forest, although there is potential for them to be present in other areas of Southern England too.

Sing a song for me!

What is the first thing that comes to mind when the New forest cicada is mentioned? Singing! New forest cicada males are known for their characteristic high pitched singing which they perform to woo females for mating.

The pitch of the Cicadas song is so high that it is at the limits of human hearing, and a struggle for most adults to hear.

Once New forest cicadas are hatched they are often found high up in trees out of sight, making them extremely difficult to find! Singing is therefore one of the most effective methods of finding these elusive insects.

Being the divas that these insects are, singing is only performed in still air conditions and in temperatures above 20°C.

After 50-125 days the eggs hatch and the nymph burrow immediately into the soil, where they spend between 6 and 10 years! They spend this time underground growing and maturing, feeding on the sap from the roots of various herbaceous plants and shrubs. Once they are ready to emerge in their final spring, they construct a turret like structure out of soil/clay above their burrows. Not ones for the cold, this is thought to take place to give the emerging adults an indication of the air temperature.

Where do they live?

Being the sun lovers that they are, New forest cicadas can be found in lightly grazed, sunny, south-facing clearings and open sunny woodland rides and clearings bordered by scrub and tall trees.

Being the only Cicada native to the UK and only being found in one area of the UK, the New forest cicada is classed as endangered and in great danger of becoming extinct. For these reasons it is listed as a Priority species on the NERC Act and protected under the Wildlife and Countryside Act. Some of the threats include:

Buglife has been working alongside Southampton University, the New Forest National Park and Forestry Commission to establish the New forest cicada Project. Alongside Buglife specialist surveys the project has developed a smart phone app that can be used to detect the presence of New forest cicadas. The app can detect and recognise the high pitched frequency of the song of the Cicada. Visitors to the New Forest can download and use this app, sharing their records with experts who will analyse the results, contributing to the conservation of these impressive insects. 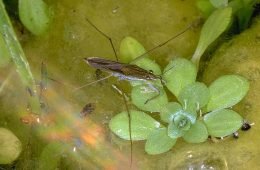 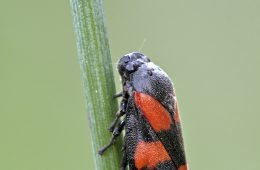