British parklands and wood-pastures with large mature or ancient trees within a grazed grassland or heathland are some of the most important invertebrate habitats in Europe, supporting a number of BAP Priority species and large numbers of Red Data Book and nationally scarce species, the majority of which are associated with dead wood. Dead wood is part of the cycle of healthy tree growth. Mature trees support fungi, contain various types of rot and shed branches, these habitats are home to a great many endangered invertebrate species.

The priority for this type of habitat is to conserve the mature and ancient trees and the associated dead-wood niches that support the rare saproxylic fauna which includes some of the most threatened British invertebrates. Tidiness and over-zealous removal of dead wood and felling of trees on the grounds of a perceived threat to public safety are the greatest threats to the survival of such species. Management regimes that will ensure the persistence of old trees and their microhabitats should be adopted. Long-term plans are required to ensure that as the older trees die, there will be an adequate number of trees reaching post maturity to ensure continuity. A major problem at many sites is that there is a gap in the age structure of trees, so recruitment of new pollards and large trees is vital if the specialist invertebrate fauna is to survive.

Over-pruning or removal of veteran trees and clearing of dead wood as a result of misguided management on the grounds of safety, tidiness, tree hygiene or for firewood

Loss of ancient trees through disease, such as Dutch Elm disease, or competition with younger trees

Cessation of traditional tree management techniques such as pollarding, resulting in trees becoming top-heavy and in danger of collapsing

Damage to trees and roots from soil compaction and erosion caused by trampling by livestock and people and car parking, or from the application of fertilizers or pesticides on, or deep ploughing of land under and around trees

Loss or improvement of pasture through reseeding, fertilizing or conversion to arable or other uses

Damage or early death of trees through horses or other stock eating, rubbing on or trampling the bark, the lower part of the trunk or exposed roots

Loss of flowering shrubs and herbs 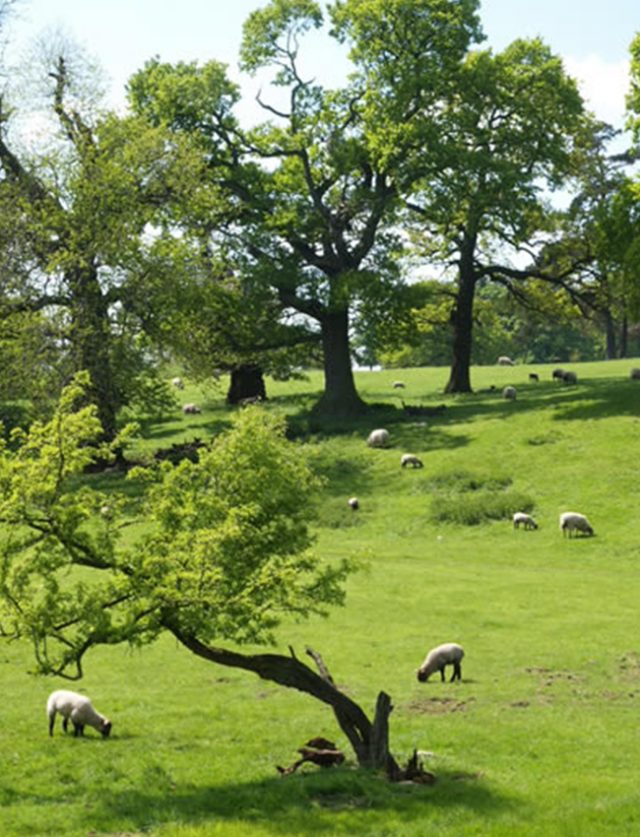 Retain all existing old trees wherever possible. Wood pasture and parkland differs from other woodland types in that the trees are growing in open sunny conditions. These support different invertebrate species from those growing in closed canopy woodland, so it is necessary to ensure that there is a continuum of trees standing in the open, especially mature and ancient trees. This may involve selectively thinning some younger trees in areas where denser woodland is developing.
Structural diversity is also important to provide a range of sub-habitats.

Dead wood of all ages, both standing and fallen, should be retained. The more dead wood a tree contains, the more valuable the habitat it provides in the form of a variety of different niches for a range of invertebrates. Continuity of supply of dead wood in all conditions and situations is vital because many saproxylic invertebrates need very specific conditions; moisture content can be a critical factor.

Traditional tree-surgery techniques aimed at improving tree hygiene are not appropriate for the maintenance of trees that support invertebrate species which rely on dead wood for all or part of their life cycle. In particular:

Encourage the growth of a variety of fungi

The presence of fungal growth such as bracket fungi should not be seen as a reason to remove or prune a tree, as only a minority of fungi are a primary source of tree death. Fungi not only provide an essential breeding medium for many species of flies and beetles, but they also contribute to the decay of dead heartwood in older trees. This reduces a tree’s bulk whilst leaving the living sapwood intact, which can actually make the tree better able to withstand high winds. Soft, red rotten heartwood is the sole habitat of some of our rarest and most threatened invertebrates, such as the larvae of the Violet click beetle, and very wet wood mould with a porridge-like consistency is the larval habitat for the craneflies Ctenophora ornata and Gnophomyia elsneri. Felling or removing trees with heart-rot could result in the extinction of these specialist species.

Natural fractures and jagged stumps should not be tidied or treated, as the snags will potentially allow the entry of heart-rot fungi and provide access for invertebrates.

Management of trees to create additional deadwood habitat by ring barking selected limbs should be considered where they do not pose a health and safety risk.  Creating new pollards from young trees is one way of providing more niches for saproxylic invertebrates at sites where continuity of standing dead wood is likely to be a problem. At many sites there is a large age gap between the ancient trees and any others in the area. Continuity of habitat is essential if the saproxylic fauna is to survive, as many are poor colonisers and cannot travel far to find suitable habitats.

The existing composition of broadleafed species at a site should be maintained, as different tree species may support a different range of invertebrates. These would normally be native trees, but some non-native species can be important to the survival of rare invertebrates. Since the loss of many elms to Dutch Elm disease, mature Horse chestnut (Aesculus hippocastanum), although non-native, has been shown to be important for species such as the hoverfly Brachyopa insensilis, and mature specimens at Moccas Park NNR are an important component of the saproxylic habitat.  Where Sycamore is present, it may be providing food for insects in the form of the honeydew secreted by aphids or the scale insects that are predated on by larvae of the fly Leucopis silesiaca. Where Sycamore must be removed, this should be done sequentially over a long period (10 years) and the cut wood retained. Coppicing or pollarding should be considered instead of complete removal of the plant because the fermenting sap on the cut ends is an important microhabitat for some species of fly.
Shrubby species also have their dead-wood specialists. Dying and dead mature hawthorn is required by the Hawthorn jewel beetle (Agrilus sinusatus). Hawthorn flowers are visited by a wide range of adult flies and beetles, and the catkins of sallow and blossom of sloe are important for the early spring saproxylic hoverflies. Bramble and umbel flowers are important in the summer, and ivy is especially important for the late season hoverfly Callicera spinolae.

Open areas are essential in this habitat, providing sunny sheltered places for flowering plants and shrubs which produce the nectar and pollen required by adult flies and beetles whose larvae develop in dead wood. Suitable nectar sources include Hawthorn.

Continuing traditional management of this habitat such as low-level grazing and rotational cutting will ensure the habitat is maintained in a reasonably open state. Natural vegetational succession results in a closing of the canopy, giving more shaded conditions, which would adversely affect many of the invertebrate species on the site. Open structured woodland favours wood-ants, on which the nationally scarce chafer Cetonia cuprea depends.

Grazing can help to maintain a diversity of species in the sward and keeps down rank vegetation and invasive scrub. Five nationally scarce species of dung beetle are found in shady woodland conditions, all of which require the dung of large herbivores such as cows or horses and dosing livestock with broad-spectrum wormers is highly damaging to the larval development of these species. Grazing needs to be carefully managed as it is important to retain a range of flowering herb and shrub species and tussocky grasses. Excessive grazing will remove the understorey layer which is important for a number of species.

Sites which already include boggy areas or streams with fallen semi-submerged timber should be managed to ensure that a continuity of timber enters the system. When felling in such locations, some fallen timber of a variety of sizes should always be left in the water.

Find out more about habitat management of lowland wood pasture in the publications section. 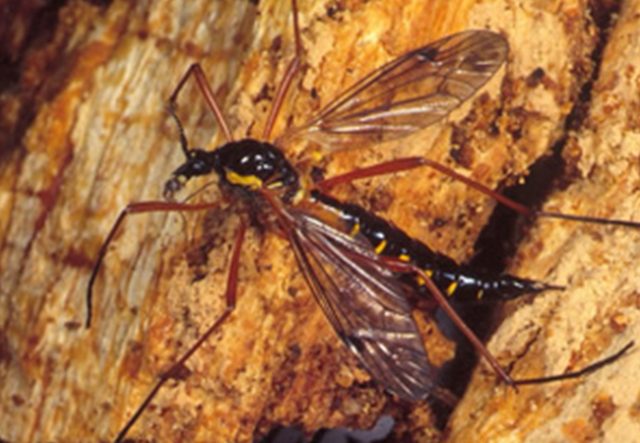 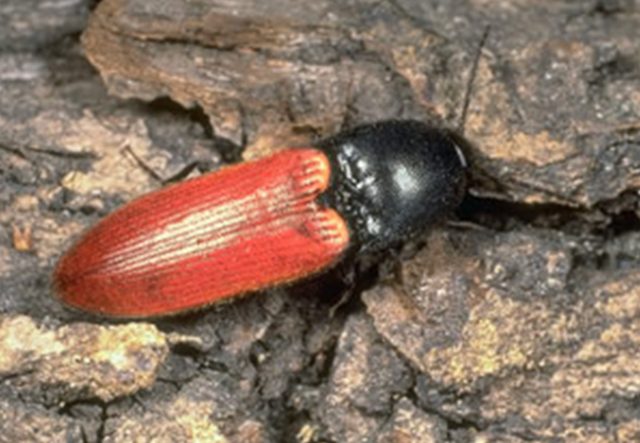