Lowland meadows are taken to include most forms of unimproved neutral grassland across the enclosed lowland landscapes of the UK. The habitat comprises not only grasslands cut for hay, but also unimproved neutral pastures where livestock grazing is the main land use. Additional examples may be found in recreational sites, church-yards, roadside verges and a variety of other localities. Unimproved seasonally-flooded grasslands are also included in this habitat type. These include well-known but now very rare Lammas meadows, such as North Meadow, Cricklade, and Pixey and Yarnton Meads near Oxford.

Aside from the few scarce species listed, many relatively frequent insects form particularly strong populations in lowland meadows. It is also important to recognise the valuable role that meadows can play within larger habitat mosaics where they may be combined with woodland, re-vegetated quarries, flood-plains, gravel or sand pits or river corridors to create a richness of biodiversity that would not occur if the different habitats existed in isolation from one another.

Continue traditional practices
If a meadow has been subject to a long-term hay cutting regime, it is important to continue the practice, as any species remaining will be tolerant of such pressures, and the floral diversity should be conserved. Hay meadows provide good foraging areas for insects which may breed in adjacent land or take refuge in hedgerows or field margins. Leaving an uncut headland will allow more invertebrates to survive once the hay is cut. Aftermath grazing also benefits invertebrates, as it will create patches of bare or disturbed ground.

Maintain structural diversity
For invertebrates, physical structure is as important as plant species composition, so grassland management should aim to achieve a mosaic of different sward heights. Medium to tall vegetation tends to support more invertebrate species than short swards that have been close grazed or mown, but grassland should not be neglected and allowed to become rank and less floristically diverse. Allowing plants to flower and set seeds is important, as is the retention of a number of grass and flower seed-heads throughout winter to allow insects such as acalyptrate flies to complete their life cycles.

Scattered scrub and hedgerows with sheltered, sunny edges adjoining the grassland provide further diversity, especially if there is a gradual transition from shorter, more open grass to longer vegetation. Flowering bushes such as hawthorn provide nectar and pollen.

Banks, paths and tracks can provide additional invertebrate habitats. Even small banks can be used by solitary wasps and bees to build their nests; paths and tracks may also be good nesting sites and provide areas of shorter vegetation and disturbed ground.

Grazing
A varied vegetational structure is best achieved by light grazing. Grazing should achieve a mosaic of grassland structures with an equal emphasis on short swards and longer more tussocky swards, as both provide valuable habitat. This is probably best achieved through light sheep of cattle grazing. Stocking density is crucial, however, as over-grazing is very damaging. Sub-dividing larger sites to vary the grazing within each compartment can be beneficial and allows more sensitive areas to be rested or particular stands of foodplants to flower and set seed.

Choice of grazing animal is important. For example the Hornet robberfly (Asilus crabroniformis) a BAP Priority species of the dung fauna, has been noted to disappear when cows are replaced by sheep. Cattle tend to provide better management for invertebrates as they graze less evenly than sheep and disturb the ground more, providing a greater range of microhabitats. They also have different dunging behaviour – cowpats are deposited randomly across an area. Cows will then avoid grazing around the pats, which results in areas of taller vegetation scattered across a site.

Year-round extensive grazing will provide a continuous supply of food for dung-feeding flies and beetles, which are themselves a valuable food source for birds and animals such as the Greater horseshoe bat (Rhinolophus ferrumequinum). However, the use of broad-spectrum avermectin wormers will prevent the correct development of insect larvae. Animals should be kept off site for at least 10 days after treatment and slow-release wormers should not be used.

Cutting
Sites which are unsuitable for grazing due to their size or location may be managed by cutting. However, mowing tends to produce a sward of uniform height and an entire site should not be cut all at once. Cutting on a rotational basis or varying the cutting height and frequency across a site to provide a patchwork of different sward heights will create a varied structure which benefits invertebrates. Leaving islands of tussocky vegetation provides shelter and over-wintering sites for many ground beetles and spiders.

Where a grassland strip adjacent to road and paths is wide enough, variety can be achieved by cutting a few times of year beside a hard surface and leaving a more distant zone cut once a year, although some areas left totally uncut in a particular year will best allow survival of invertebrates over-wintering in stems and old seed heads. Conservation site road verges may require tailored treatment, usually with plants in mind, so a review to assess suitability of management for invertebrates is desirable.

Allow plants to flower and set seed
If a meadow is cut annually, the timing of the cut will affect the invertebrates present. The later the cut, the more time invertebrates will have to complete their life cycle. Many insect larvae develop in the seedheads of grasses and flowering plants. For example, cutting in June will have the greatest adverse affect on planthoppers (Delphacidae) and many fly species, whilst cutting in July/August will adversely affect leafhoppers (Cicadellidae). If possible, after mowing some cuttings should be left on site and some areas should be left uncut so as not to destroy early stages of development of these insects and to provide refuges for adult invertebrates.

Minimise inputs
Semi-natural grasslands should be protected from herbicides, pesticides and fungicides. Nutrient inputs should also be avoided or kept to a minimum, as the addition of artificial fertilisers impoverishes the floral diversity. Similarly, livestock should not be given supplementary feed whilst on unimproved pastures as this will also increase the nutrient input.

Prevent scrub encroachment
Scrub should be prevented from invading areas of open pasture, but some scattered scrub should be allowed to remain as it supports its own invertebrate fauna; older examples in particular can be important for their dead wood habitat.

Maintain hydrology
Wetter grasslands can support a rich invertebrate fauna; areas of wet grassland with seasonal inundation are the most important features for ground beetles in lowland meadows, for example. These grasslands can also have rich cranefly fauna, especially if the flora includes plants such as Marsh marigold (Caltha palustris). Seasonally inundated meadows should not be drained and natural flood regimes should be allowed to continue; there is a special fauna of floodplain depressions which hold very shallow water for protracted periods, such as the Silver colonel soldierfly (Odontomyia argentata). Any wet areas including seepages, ponds and ditches should be retained, including their marginal vegetation, and their drainage should be prevented. It is best if ditch and pond edges are shallowly inclined. 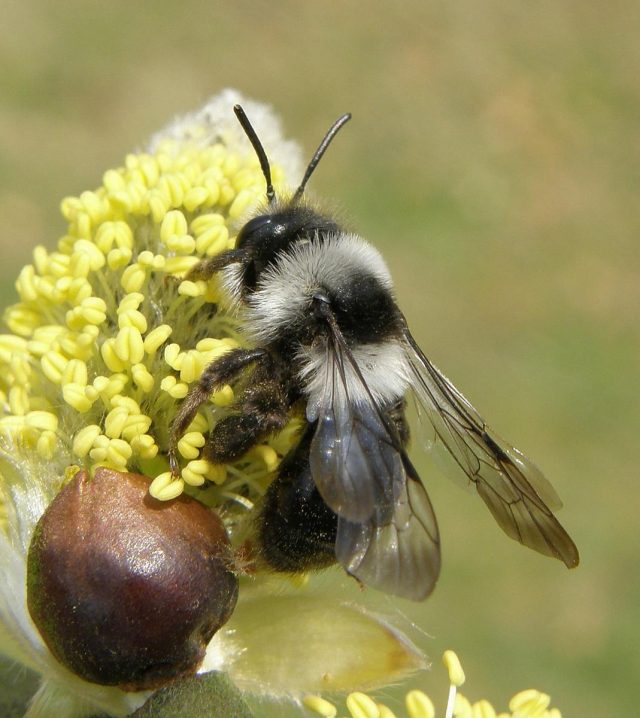