Limestone pavement vegetation may contain unusual combinations of plants, with woodland and wood-edge species well-represented in the sheltered grykes. The clints support plants of rocky habitats or are often unvegetated. In the absence of grazing, scrub may develop; in oceanic areas scrub over limestone pavement is important for epiphytes. All these habitat niches support a range of invertebrates.

Limestone Pavements are a UK Biodiversity Action Plan habitat. Further protection is afforded under the European Habitats and Species Directive 1992. In England the best 100 limestone pavements are now protected by Limestone Pavement Orders. Many of the best sites in the UK are SSSIs or NNRs.

Maintain diversity
Maintain diversity wherever possible. Open pavement may grade into other valuable habitats such as limestone pasture, heathland, woodland and scrub. All transition areas may have particular invertebrate interest and should be considered in any management plans. The RDB Narrow-mouthed whorl snail (Vertigo angustior) is found among moss and litter in transition zones between open pavement and areas of scrubby woodland dominated by yew, hazel and birch at Gait Barrows NNR. Another nationally scarce glass snail Vitrea subrimata is typically found beneath limestone blocks lying on soil close to the margins of pavements where the soil cover is broken.

Any clearings or rides within wooded areas of limestone pavement should be maintained and moss cover on shaded clint tops retained, as it provides valuable shelter for invertebrates such as snails, rove beetles and woodlice.

Areas of scrub are valuable in their own right and should be retained, but it may be necessary to remove invasive species such as cotoneaster or bramble, which will shade out pavement flora.

Maintain appropriate grazing levels
Light grazing will encourage species diversity in grass swards on open pavements with wide grykes, promoting growth of plants such as Rock rose (Helianthemum sp.), which is the foodplant of the nationally scarce leafhopper Emelyanoviana contraria. Cattle are generally preferable to sheep, as they are reluctant to go onto the pavement surface and will do less damage, but light sheep grazing will help to maintain conditions suitable for the growth of Bird’s-foot trefoil (Lotus corniculatus) whose pollen is collected by the Wall mason bee (Osmia parietina), a BAP Priority species.

Infilling of grykes to prevent injury to grazing stock should be discouraged; grykes are generally the most important subhabitats for invertebrates such as weevils and the nationally scarce cranefly Dactylolabis sexmaculata.

Overgrazing can lead to a very short sward or lack of structural diversity and intense grazing up to rock surfaces would be detrimental to the larvae of the nationally scarce cranefly Dactylolabis sexmaculata. 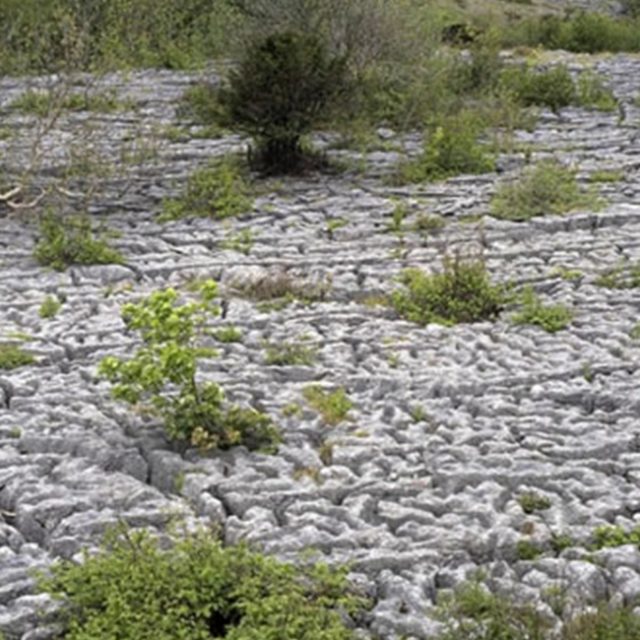