Fens are minerotrophic peatlands, that is, peatlands whose water chemistry is influenced by the mineral rocks and soils of source areas. Where the water is derived from base-poor rock they are known as poor-fens and where the water is base enriched, they are called rich-fens.

Fen habitats support thousands of invertebrate species; at some sites more than half the UK’s dragonfly species can be found, as well as a large number of aquatic beetles. 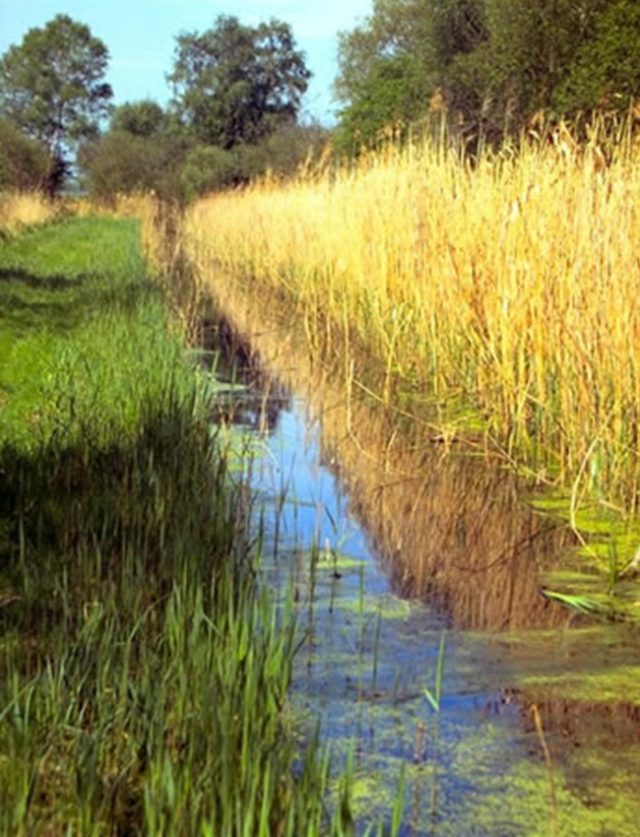 Maintain structural diversity
All the successional stages of fenland from bare peat or wet areas, through areas with plants of all sward heights, to partially shaded areas and carr will provide important invertebrate habitats and should be retained where these occur naturally. Management should be carried out in rotation to ensure both longer and shorter vegetation is present at all times.

Any natural transition zones between fen and other habitats such as wet woodland, bog, saltmarsh, reedbed and open water should be conserved as some species may require these. Seepages and springs feeding into fen can also be of special value. It is also essential to maintain floristic richness on fen sites to provide a range of host plants and pollen and nectar sources for many invertebrates.

Manage water courses sympathetically
Retain and create shallow-profiled water margins and ditch-sides – this is important for many invertebrate species such as the ground beetle Pterostichus anthracinus. Erosion of banks and slopes by wave action from motor boats is highly damaging; boat traffic should be limited.

Avoid excessive clearance of marginal vegetation from water edges. If necessary, rotational management should be adopted to ensure continuity of such habitat. Any roded material should be left in situ for a short period to allow fauna to disperse, taking care not to smother marginal vegetation.

It is particularly important to allow some ditches to become choked as this type of ditch habitat is needed by a number of specialised species. If dykes with abundant Water soldier (Stratiotes aloides), which support the Norfolk hawker dragonfly (Aeshna isosceles), are present, care should be taken to ensure that only a small proportion of these are dredged in any one year. A carefully planned system should be adopted to facilitate natural recolonisation by the plant and insect from neighbouring dykes or dyke sections. Clearance of large areas of ditches may be the most economic option, but it risks creating uniformity of habitat, including the loss of source areas for re-colonisation by later succession invertebrates. Manual clearance causes less disruption as plants and larvae can be left in situ.

River dredging has a negative impact on species such as the Scarce chaser dragonfly (Libellula fulva); both the adults and larvae avoid stretches of river that have been dredged. It is best to carry out any dredging on a rotational basis, dredging only one shore, ensuring that the opposite shore remains undisturbed.

Prevent scrub encroachment
Excessive scrub encroachment should be prevented, but scattered bushes and trees such as sallows provide a valuable resource for invertebrates and will add considerably to the diversity of species on a fenland site.

Retain areas of carr
Carr is wet woodland and is an important fen habitat, supporting a rich invertebrate fauna that is quite different from that of open fen. Sallows and alder tend to be predominant, with a lush herbaceous flora beneath. This habitat is especially important where its presence has a long history since invertebrate faunas should be well established and very rich in species. Even if not ancient, it can be an important element of fen habitat mosaic, including edge transition.

Ditches and pools in the shade also support a different fauna from that in open situations. Within carr, there can be a rich fauna associated with choked ditches so management should not be skewed just to providing open water. Some rare species, such as the cranefly Prionocera subserricornis, have aquatic larvae in ditches full of saturated organic ‘mud’.

Maintain water levels and water quality
A reasonably high water level should be maintained at sites to prevent drying, but water levels should be allowed to fluctuate seasonally if this is a natural condition of the site. Winter drying due to land drainage is likely to be especially damaging to the Scarce emerald dragonfly (Lestes dryas). Sites must contain water from December until at least mid June if the larvae are to survive.

Water abstraction, including that from underground aquifers, is a major problem at many sites and can result in the drying out of fens and loss of emergent marginal vegetation. This issue has been addressed at Lopham and Redgrave Fen by pumping water through irrigation pipes across the fen surface to prevent the surface drying and ensure continuity of habitat for the Fen raft spider (Dolomedes plantarius). However, if this is to be considered elsewhere, the source and quality of the water would need to be monitored, which can be costly.

The application of fertilisers within the water catchment may have a detrimental effect on water quality. Nutrient enrichment is likely to lead to a loss of aquatic vegetation and increased incidence of algal blooms, making habitats unsuitable for many invertebrates. Such water allowed onto a fen to boost the hydrology may boost aggressive plants such as reed, which may become dominant at the expense of herb rich fen. If possible, landowners should restrict use of fertilisers in these areas. Bringing land adjacent to fen sites into a set-aside scheme may help to buffer this effect.

Avoid overgrazing
If grazing is used as a management technique, it should aim to create a diverse structure of short vegetation and taller tussocky areas of vegetation where grasses and herbs can flower and set seed – the flowers will provide nectar and pollen for insects. In this respect, cattle are preferable to sheep.

It is very important not to overgraze sites, and rotational grazing should be considered where possible, as livestock trampling and dung inputs, while beneficial to some invertebrates on a small scale, can be damaging in excess. Cattle trampling creates open conditions and small patches of bare peat required by many species and can be useful in maintaining a trampled berm along the margins of ditches, but if excessive is likely to be detrimental to the foodplants of insects such as leaf beetles.

A source of dung such as that from cattle or deer is essential for dung beetles and the very rare scathophagid fly Conisternum tinctinervis, but a high input of dung from grazing animals can foul the water and damage aquatic habitats. Dosing livestock with broad-spectrum wormers is damaging to the development of dung-feeding insects and alternative treatments should be used wherever possible.

Plan mowing regimes with care
If a traditional mowing pattern has been in place on a site for a long time, this should remain unchanged, as the invertebrates on the site will be those that are well adapted to such management. Changing traditional management patterns can have a damaging effect on the surviving invertebrate populations.

Invertebrate communities are likely to be richer in sites where there is rotational management rather than cutting on an annual basis. In general this will promote a more varied flora, but is certainly not appropriate for all sites. Sedge and reed for thatching is traditionally cut on a two to three-year rotation, which allows invertebrates to complete their life cycles. Indeed some much longer rotation or non-intervention areas are necessary to allow the build-up of the deep litter required by some invertebrate communities. Uncut areas should be left each year to provide shelter for invertebrates, from which they can recolonise mown areas.

Cut material should be removed from the site or made into piles at the margins of the fen to allow any animals present in the litter to return to the site. Litter piles can accumulate considerable invertebrate interest and if made, should be sited in both sunny and shady situations, but not in areas likely to flood, as they are important over-wintering sites for many insects.

Retain a deep litter layer in some areas of the site
Many species are associated with deep litter layers, so it is important to retain deep litter in some areas. However, care needs to be taken that a dry thatch does not accumulate over the whole site, as species such as Desmoulin’s whorl snail (Vertigo moulinsiana) will decline or disappear if denied access to moist ground.

Many ground beetles prefer bare ground within fens. Active management such as turf stripping may be required to generate suitable conditions. The creation of scrapes with bare peaty ground in fens appears to favour predatory wetland beetles such as the ground beetle Chlaenius tristis (although it has been suggested that it may only make them easier to find). The cranefly Tipula marginella is an example of a species needing patches of bare peat. Small-scale peat cutting to create early succession fen conditions may be essential to provide habitat for the ground beetle Pterostichus aterrimus. 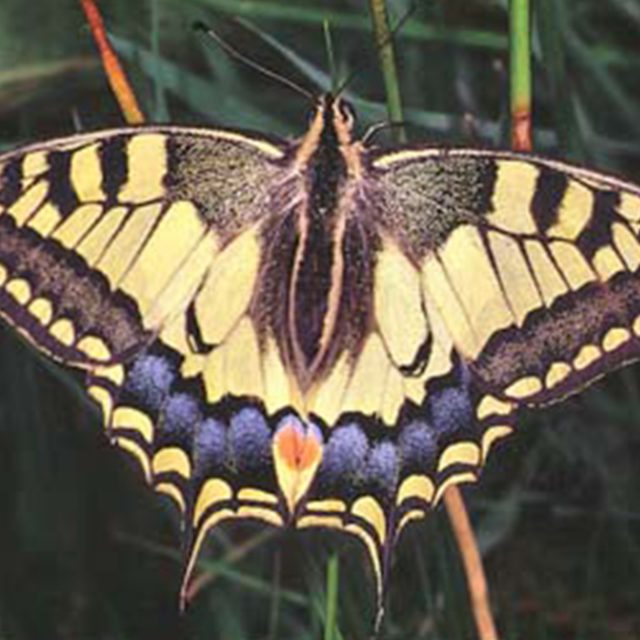 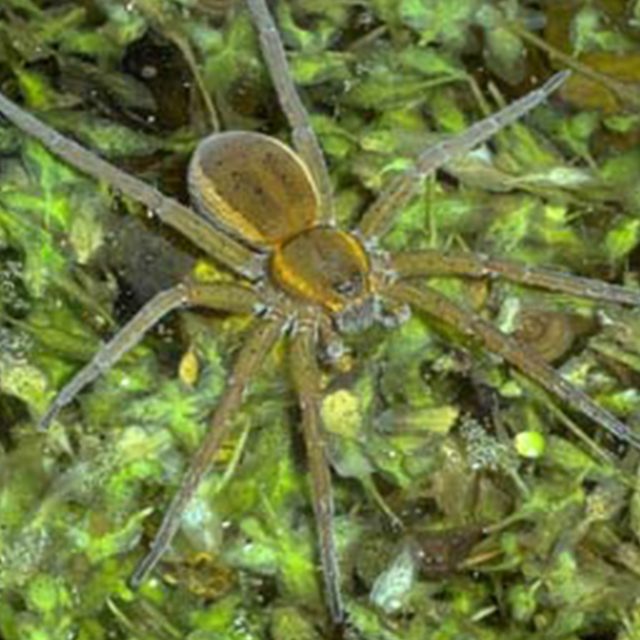