Although shingle is a globally restricted coastal sediment type with few occurrences outside north-west Europe, Japan and New Zealand, shingle beaches are widely distributed round the coast of the UK, where they develop in high energy environments. In England and Wales it is estimated that 30% of the coastline is fringed by shingle. However most of this length consists of simple fringing beaches, so shingle structures sufficiently stable to support perennial vegetation are a comparatively rare feature even in the UK. Dungeness, in southern England, is by far the largest site, with over 2000 ha of shingle, and there are only five other structures over 100 ha in extent in the UK.

Shingle with the highest terrestrial invertebrate interest is that which extends above the normal tidal limit and is at least partly vegetated. Here, diverse invertebrate communities are found, with some species restricted to coastal shingle habitats. 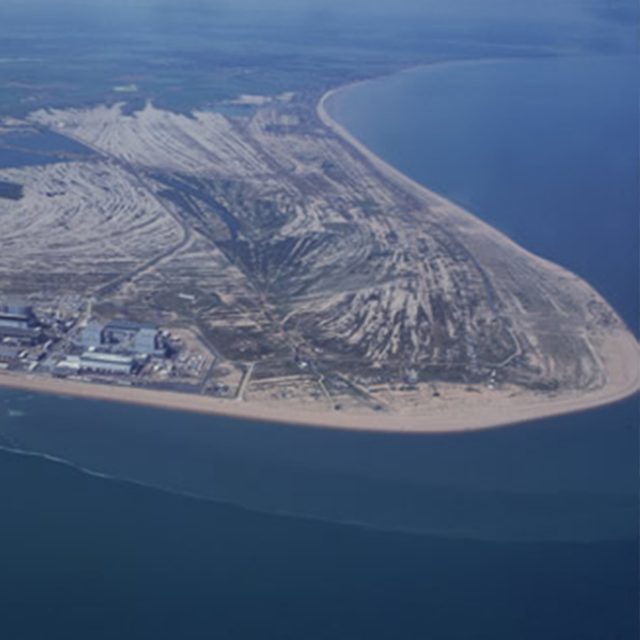 Lack of sediment supply
Shingle is unstable and requires a steady supply of new material. Coastal defence structures, offshore aggregate extraction or artificial redistribution of material within the site or on adjacent coast interrupt this process. On some coasts, as in Suffolk, protective shingle ridges are becoming depleted thus enabling more frequent breaches and over-topping during storms, inundating low-lying semi-natural habitats and farmland behind.

Natural mobility
Many structures exhibit continuous long-shore drift, and ridges lying parallel to the shoreline tend to be rolled over towards the land by wave action in storm events. Thus whilst the eroding front edge retreats, it is possible for shingle to be thrown back to bury the low-lying habitat behind as the whole shingle structure rolls inland. Movement is likely to be accelerated by climate change resulting in sea level rise and increased storminess.

Exploitation
Aggregate extraction may result in severe alteration of morphology and vegetation (eg at Dungeness and Spey Bay) or almost total destruction of major parts of the feature (eg Rye Harbour).

Development
Industrial plant, defence infrastructure and housing built on shingle structures destroy vegetation and ridge morphology. Dungeness nuclear power station is a case in point, and the major shingle beach at the Crumbles (East Sussex) has been destroyed by building development.

Water abstraction
At Dungeness water is abstracted from the groundwater; there is some evidence of drought stress on the vegetation, but it is difficult to distinguish the effects of water abstraction from those of gravel extraction.

Disturbance
Shingle vegetation is fragile; the wear and tear caused by access on foot, and particularly by vehicles, has damaged many sites. At Dungeness shingle ridges hundreds of years old have been marred by vehicle tracks which will remain as permanent scars. 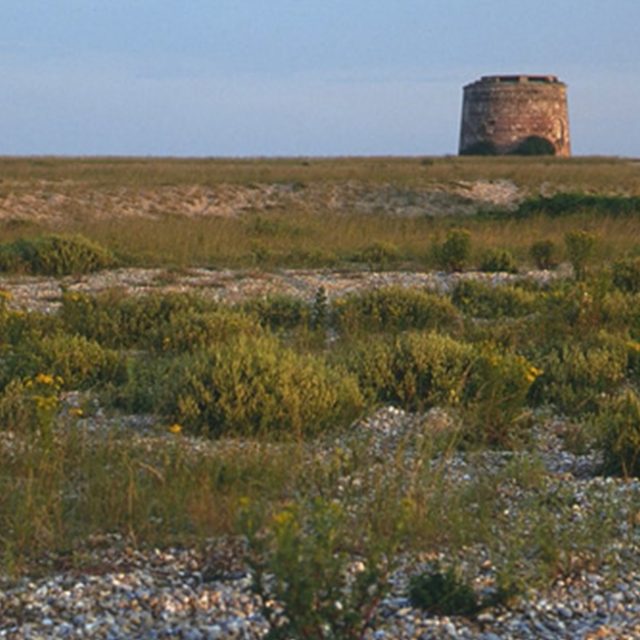 Minimise disturbance
The best management practice for coastal vegetated shingle is to leave it alone. Shingle communities are slow to establish and are easily damaged by disturbance; without intervention, the natural processes of wind and waves will maintain the various stages from mobile to completely stable shingle.

Management of the habitat will largely involve management of public pressure since both walkers and off-road vehicles cause considerable damage to shingle habitat and heavy public pressure can lead to complete loss of shingle communities. Populations of the looping snail Truncatella subcylindrica, for example, have only been found where there is no obvious or significant physical disturbance of the gravel. Areas supporting the snail all lay within zones with partial or total access restrictions resulting from bird breeding enclosures. Where the gravel had been moved or disturbed the snail could not be found. Redistribution of beach materials for flood defences is also very damaging to specialist shingle invertebrates.

At Dungeness, the largest shingle foreland in Europe, gravel extraction has caused damage to large expanses of the site but this is no longer a continuing major problem since the area receives considerable protection under international law and operations are more restricted.

Maintain habitat diversity
A mosaic of habitats and high plant diversity will provide the widest range of habitats for invertebrate species, so it is important to ensure that full successional stages from bare shingle to short herbaceous vegetation and deep grassland are maintained. Seepage areas should always be treated as important. Shingle ridges are very important features, supporting different plant and animal communities at the ridge tops and in the hollows.

Maintaining large areas of unimproved flower-rich grassland next to coastal vegetated shingle will benefit rare bumblebee species such as the Brown-banded carder bee (Bombus humilis). Continue traditional management of cutting and grazing and leave patches of coarse vegetation over banks and slopes and hedge-banks on grassland next to coastal vegetated shingle. Tussocky vegetation will provide shelter for many invertebrates. It is also important to ensure that some grasses and flowering plants can set seed each year as the larval stages of some flies live in the flowerheads.

Prevent excessive scrub encroachment
Some scrub and stabilised grassland on shingle can be valuable, but excessive scrub encroachment on stabilised grassland may need controlling. Low scrub of broom and blackthorn supports considerable invertebrate communities and should not be cleared indiscriminately. Clumps of bramble can also be beneficial for bees, as can willow species.

Ensure unimpeded tidal patterns
Shingle features can show long term deterioration following the construction of nearby coastal defences. Coastal planning needs to be sensitive to these threats. Rising sea level is likely to mean that managed retreat of the coastline may need to be considered.

Prevent pollution
Oil pollution could be particularly damaging if oil was deposited onto shingle during a spring tide. 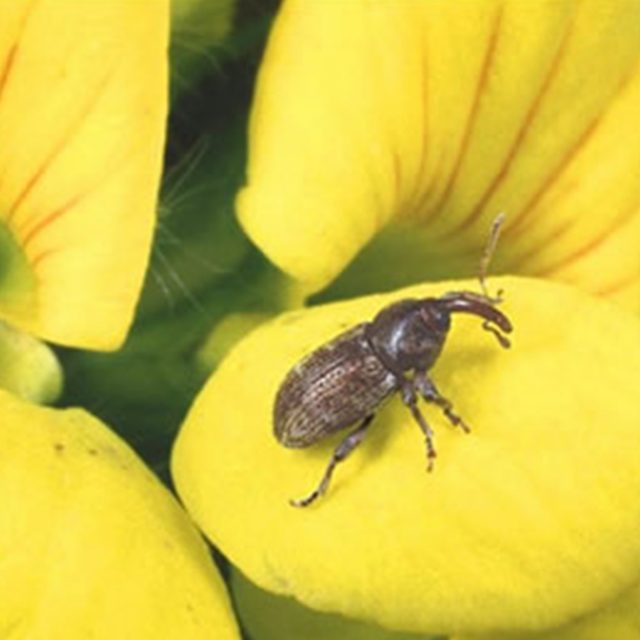 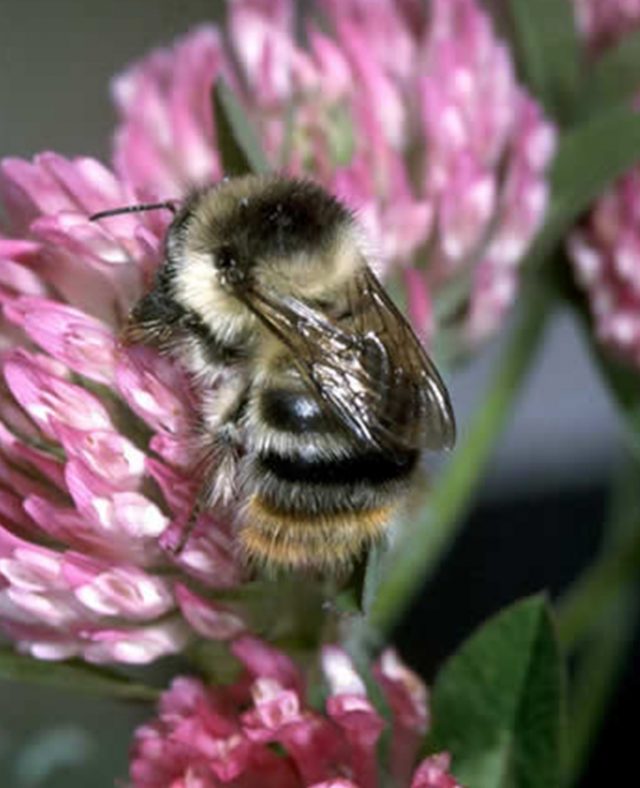