Cereal field margins are strips of land lying between cereal crops and the field boundary, which are deliberately managed to create conditions which benefit key farmland wildlife species such as grey partridge. They can take a variety of forms, the principal types being:

Intensification of cereal production
This includes the use of herbicides to ensure a weed free monoculture, and summer use of insecticides.

Changing cultivation times
The shift to winter cropping with the associated loss of winter stubbles and the reduction in the undersown area.

Changes in traditional management
The reduction in rotation of cereal crops with other land covers (including grass leys and fallows).

Maintain a mosaic of habitats
Areas which have a range of habitat niches will be more attractive to invertebrates and will support greater numbers. Cereal field margins adjacent to ancient hedgerows, grassy banks, woodlands or other semi-natural habitat frequently support a richer or more valuable invertebrate fauna, emphasising the need for management to retain such boundary features. Thick hedges and tussocky marginal vegetation will provide valuable shelter to invertebrates such as spiders, ground beetles and bumblebees. Species such as grasshoppers are important food items for Cirl buntings and other farmland birds, while many insects such as ground beetles and hoverfly larvae are valuable predators of aphids and other crop pests.

Arable margins should probably be situated at the top edge of fields where possible or where better drainage and greater exposure to the sun tend to allow more weeds and weed-feeding invertebrates to persist.

Create Beetle Banks
Beetle banks provide shelter for species such as ground beetles and spiders that prey on cereal pests such as aphids, thus reducing the need to spray. Providing beetle banks within the cropped area enables these beneficial invertebrates to colonise the cereal field more quickly. Beetle banks are sown strips (approximately 2m wide) of native grasses, including tussock-forming species such as cocksfoot, that run across a cultivated field. The headlands at each end can be cultivated so that the field is not completely divided in two. Beetle banks should not be sprayed and can be mown every 2-3 years to allow the tussocks to regenerate.

Create Conservation Headlands
Conservation Headlands are areas that have been sown with the crop but are subject to reduced spraying in order to allow broadleaved weed species to grow. These provide food for seed-eating invertebrates as well as pollen and nectar sources for insects such as bumblebees.

Encourage diverse, flower-rich vegetation
Allowing native wild flower species to grow in field margins will increase the plant species diversity, providing pollen, nectar, seeds and prey for a variety of invertebrates. Under the Entry Level Stewardship (ELS) and Organic Entry Level Stewardship (OELS) schemes, a butterfly and bumblebee seed mix can be sown to provide the insects with a foraging source.

Maintain early succession habitat
Many invertebrates such as the Brush-thighed seed-eater (Harpalus froelichii) feed on the seeds of ruderal plants that grow on disturbed soil, such as Chenopodium album. Cereal field margins provide a continuing resource for such habitats as long as they remain unsprayed.

Manage short sections on rotation
Rotational management such as cutting should only be carried out in short lengths of field margin to create a range of vegetation heights and to allow recolonisation of the less mobile invertebrate species from other sections of the margin.

Reduce pesticide applications
Spraying cereal field margins with pesticides and selective herbicides destroys the invertebrate species and the native plant species such as Charlock and Fat Hen on which they depend. An unsprayed margin of 6m should be retained around the field and care should be taken to protect the field margins from pesticide drift. Under new regulations, these margins can now be included in set-aside; the 6m margins qualify for points under the ELS or OELS schemes.

Adopt spring cultivation
The shift from spring to autumn cultivation in many arable fields has had an effect on invertebrate groups such as ground beetles, favouring smaller species at the expense of some larger species. Seed-feeding beetles as a whole appear to have declined more than other groups of ground beetles, and this probably reflects the reductions in weed populations in arable fields 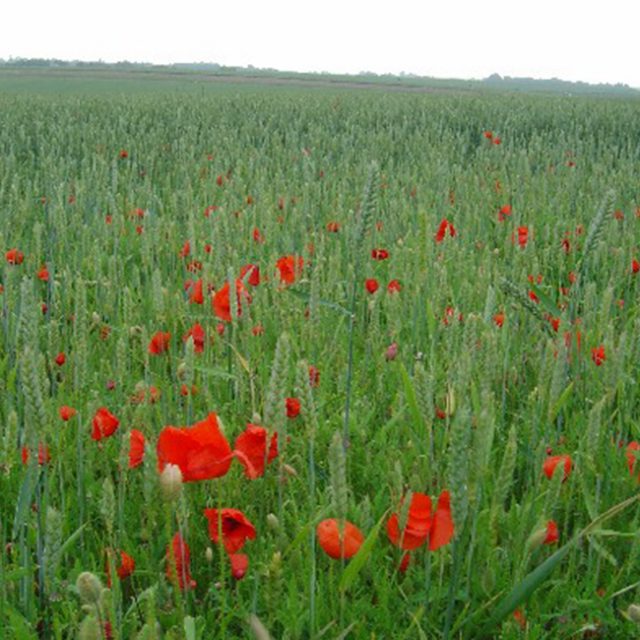 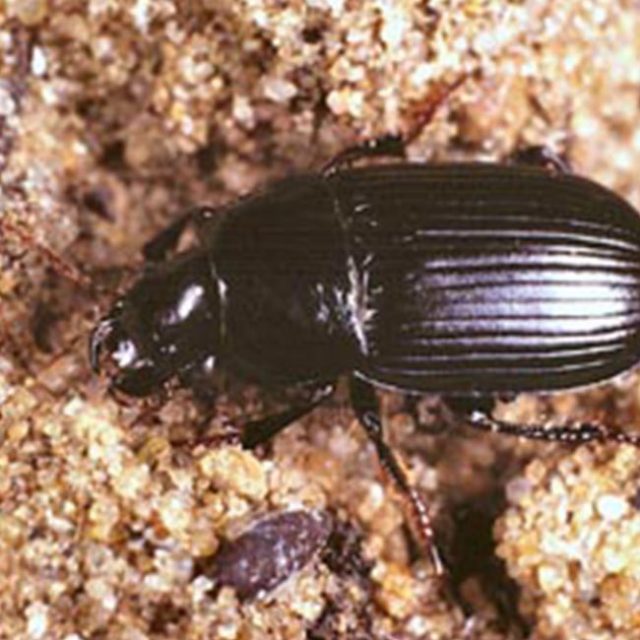