There has been a dramatic decline in the area of lowland raised bog habitat in the past 100 years. The area of lowland raised bog in the UK retaining a largely undisturbed surface is estimated to have diminished by around 94% from an original c95,000 ha to c6,000 ha, with only 500 ha remaining in England. Historically the greatest decline has occurred through agricultural intensification, afforestation and commercial peat extraction. Future decline is likely to be the result of the gradual desiccation of bogs damaged by a range of drainage activities and/or a general lowering of groundwater tables.

Maintenance of water levels and prevention of scrub invasion is important in maintaining the conditions present on the extant sites. Maintenance of a stable high water table is critical for specialist bogland invertebrates; any management that alters or lowers the water table will probably be detrimental to these species. In order to maintain water levels and prevent peat drying, existing drainage ditches should be blocked wherever possible. The ditches will rapidly fill with vegetation and Sphagnum species will colonise. Raising and stabilising of water levels should be considered on sites that are drying.

Scrub invasion is likely to occur on sites where the peat is drying as a result of a lowering of the water table. If scrub is known to be spreading and invading open peatland habitats, clearance may be necessary. Once scrub clearance is undertaken on a site, it is essential that the site is not allowed to scrub over again, as the alternation between open and closed habitats will not provide the stable conditions required by rich invertebrate communities.

On sites where the water levels are stable, scattered scrub can provide habitat for interesting invertebrate communities. Native peatland scrub species found either across central areas or associated with the natural margins of raised bogs include bog myrtle, birch, alder buckthorn and willow. The 10 spotted pot beetle (Cryptocephalus decemmaculatus) has only been recorded from small specimens of birch (Betula) and willow (Salix), and scrub removal and scrub maturation may both be threats to the species, while drainage may be an indirect threat through increased scrub growth. However, invasive species such as Rhododendron and, in the south outside its native range, Scots pine should be removed, as unchecked they will act as a seed source and threaten the bog habitat in the long term. 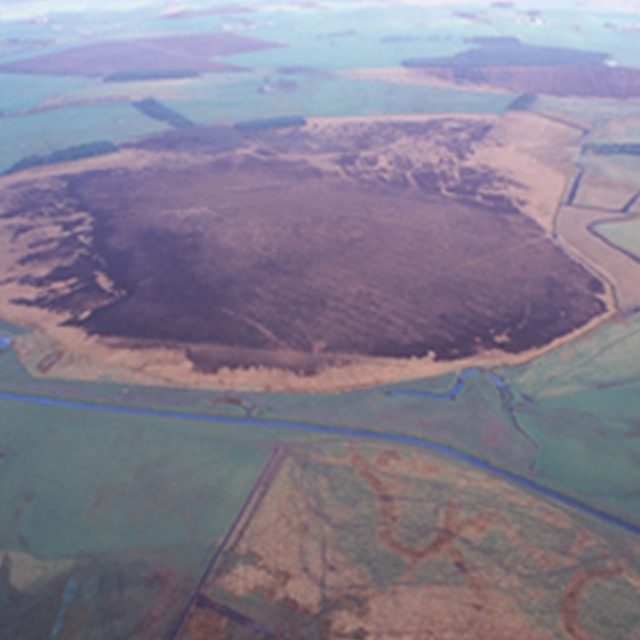 Relatively undisturbed lowland raised bog surfaces are not uniform; they are made up of an almost continuous carpet of Sphagnum with a microtopography of hummocks and hollows providing a range of conditions that support invertebrates. It is important to minimise human activity on undisturbed raised bogs; wet Sphagnum communities are fragile and easily damaged by trampling.

Shallow bog pools should never be deepened or cleared, as their invertebrate interest is likely to be far greater than any larger pool that is created.

On a site with a falling water table, areas of domestic peat cuttings can provide areas of wet bog which may act as valuable refugia. Following the water table down by removal of peat, is, however, an unsatisfactory way of maintaining such conditions in the long term.

For invertebrate conservation it is best if diggings are small, much shallower than traditional cuttings. The best form of cutting tends only to be deep enough to form a shallow pool, with turves replaced at the bottom of the cutting. Some ground beetles such as Pterostichus aterrimus and Bembidion humerale are more likely to be associated with peat-cutting or other anthropogenic disturbance. B. humerale occurs on small patches of rather bare damp peat at the margins of old peat-digging pools and land-drains, but it is absent from the expanses of bare peat created by modern peat-milling operations; in Britain, this species occurs only at Thorne and Hatfield Moors. Raising water levels at Thorne and Hatfield Moors may have allowed the species to colonise new areas, but it may also have made previously occupied areas unsuitable. The uncommon dysticid beetle Acilius canaliculatus also appears to favour acid pools created as a result of past domestic peat-cutting.

Management should take into account the faunas of these sites and of fringing wetland habitats, as well as the core habitats of the lowland raised bog. However, peat digging, even domestic cutting, is always damaging to the habitat when carried out on a part of the bog surface which has not previously been cut for peat. Nor should it be done in areas where past peat cutting has been so extensive as to leave only a thin covering of peat over the mineral soil, as any nutrients from the mineral soil will encourage the development of fen rather than bog communities.

Grazing on Sphagnum-dominated bogs can cause extensive damage by trampling and enrichment of the water supply through dung and urine.

Burning is a highly damaging practice for invertebrates, as it will destroy large numbers or even entire populations. On acid sites, burning can alter the plant species composition, encouraging the growth of purple moor grass. The heat of the fire can kill Sphagnum and burn into the peat, damaging the invertebrate habitat. 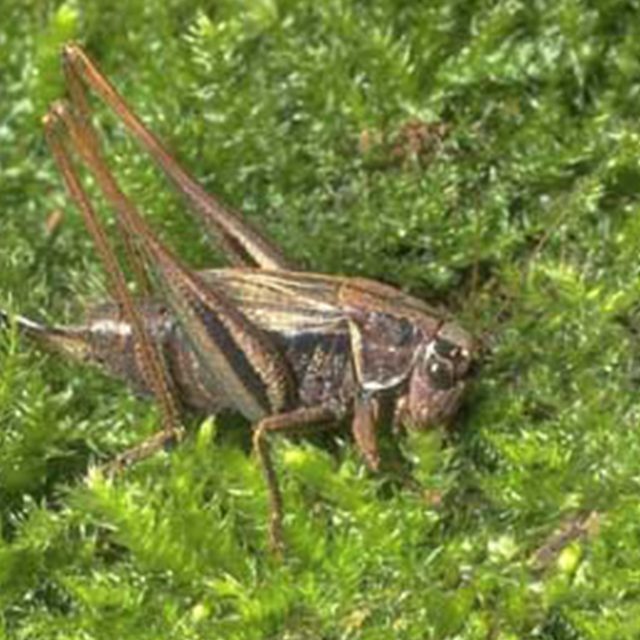