Maritime cliffs are broadly classified as ‘hard cliffs’ or ‘soft cliffs’. Hard cliffs are vertical or steeply sloping; they are inclined to support few higher plants other than on ledges and in crevices or where a break in slope allows soil to accumulate. Soft cliffs often form less steep slopes and are therefore more easily colonised by vegetation. Soft cliffs are subject to frequent slumping and landslips.

Soft cliffs are particularly important for invertebrates as they provide a suite of conditions which are rarely found together in other habitats. The combination of friable soils, hot substrates and open conditions maintained by cliff slippages offers a continuity of otherwise very restricted microhabitats and these support many rare invertebrates which are confined to such sites. These include the Cliff tiger beetle (Cicindela germanica), the weevil Baris analis, the shore bug Saldula arenicola, the Glanville fritillary butterfly (Melitaea cinxia) and the large mason bee Osmia xanthomelana.

Seepages, springs and pools are a feature of many soft cliff sites and these provide the wet muds required by many species of solitary bees and wasps for nest building. They also support rich assemblages of other invertebrates including many rare species confined to this habitat. These include the craneflies Gonomyia bradleyi and Helius hispanicus and the water beetle Sphaerius acaroides.

The hard coastal cliffs of west Britain support a western oceanic invertebrate assemblage of European significance. Important species include the snail Ponentina subvirescens, weevils such as the highly restricted Cathormiocerus attaphilus, the Lundy cabbage flea beetle (Psylliodes luridipennis) and moths such as Barrett’s marbled coronet (Hadena luteago). Other species are confined to certain rock types. For example, the Fiery clearwing (Bembecia chrysidiformis) is restricted to the chalk cliffs of Kent and Sussex and the water beetle Ochthebius poweri occurs predominantly in small seepages on red sandstone cliff faces in south-west England and south Wales 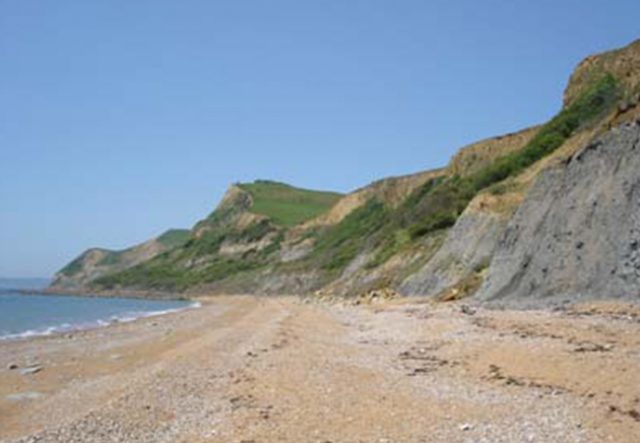 Loss of low intensity grazing on cliff grasslands, conversion of grassland to arable or neglect resulting in scrub development have an adverse impact on the flora of cliff slopes and degrade cliff top resources used by slope-dwelling invertebrates

Non-native species such as Sea buckthorn and Hottentot fig out-compete and shade out native species and adversely transform natural vegetation communities on cliff tops and slopes, tending to smother the bare ground required by many special invertebrates

May cause heavy localised erosion and disturbance 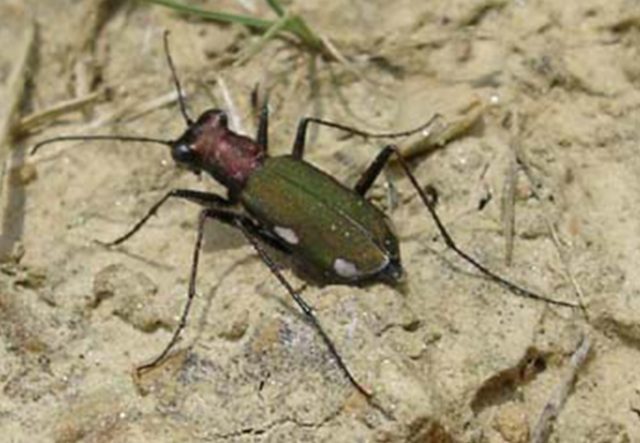 The most important requirement for soft-rock cliffs is the continuation of erosion which maintains areas of bare ground and early successional stages of vegetation. These cliffs should therefore be left alone and natural patterns of erosion accepted and allowed to continue without human interference. Any activity that changes the natural rate of cliff or slope erosion, such as re-profiling or the introduction of coastal defences, should be avoided wherever possible.

This habitat generally requires little management due to its robustness to the forces of erosion, exposed nature, thin soils and saline influence. The high stress nature of the environment means that scrub encroachment is generally slower or non-existent and on cliff tops and faces, areas are frequently stripped bare due to wind action. Rabbits are also often present in large numbers, maintaining open areas and further preventing scrub invasion. However, privet, gorse and blackthorn can encroach on such habitats. Although scrub can provide resources for a number of invertebrate species, excessive scrubbing up of sites can reduce habitat diversity. As with all sites, scrub encroachment should be monitored and an appropriate balance met.

Freshwater seepages on the cliff face are very important features, supporting a number of scarce invertebrate species. It is necessary to maintain the continued water flow of cliff seepages and to prevent any pollution of groundwater source.

Drainage of soft cliffs by surface or sub-surface measures or by inland abstraction has a direct impact on the geomorphological functioning of sites, and thus the maintenance of the habitat and should be prevented.

Cliff tops provide habitat for several very scarce insect species, probably in part because of the mild climatic conditions and warm soil that such species may require. Seed rain from the cliff top will influence what plant species grow further down the slope, so the quality of the vegetation at the cliff top should be an important consideration in any management plan.
It is important to appreciate that flowering shrubs such as sallow, sloe and hawthorn are vital for local shelter and as flower resources for bees. Where hedges and bushes are a feature of the cliff top landscape they should be valued as part of cliff ecology.

Flower-rich semi-natural grassland will provide nectar and pollen sources for invertebrates such as mining bees that nest in soft-rock cliffs. This is best maintained through grazing or cutting, which will prevent the invasion of scrub or coarse grasses and produce open-structured grassland. Ideally, management should aim to create a mosaic of short and longer vegetation mixed with bare and stony areas and patches of scrub.

The adoption of a flexible grazing arrangement is advisable, so that any problems of overgrazing can be quickly remedied using back-up adjoining land as holding areas for livestock. Livestock should not be dosed with broad-spectrum avermectin wormers, which are damaging to insect development; alternative treatments should be used. Rabbit grazing can be beneficial, as it helps to maintain areas of short grassland, particularly where livestock cannot gain access.

The exclusion of stock through the erection of fences beside cliff top paths can lead to the development of a band of scrub, which will overshadow low-growing plants and may act as a barrier to cliff species.

Ploughing undisturbed turf, conversion to arable or the growing of crops such as oil-seed rape close to cliff tops should be avoided, as should use of agricultural fertilisers, as this will reduce species diversity.

Where cliff top is managed for arable or intensive pasture, it should ideally be reverted back to low intensity and managed to restore floristic diversity

Accumulations of seaweed and other natural tide-swept debris such as driftwood should be left unmanaged. Strandline removal in the interests of cleaning beaches removes a habitat important for both terrestrial and marine invertebrates. Removal of drift wood, e.g. for beach fires, should be discouraged. 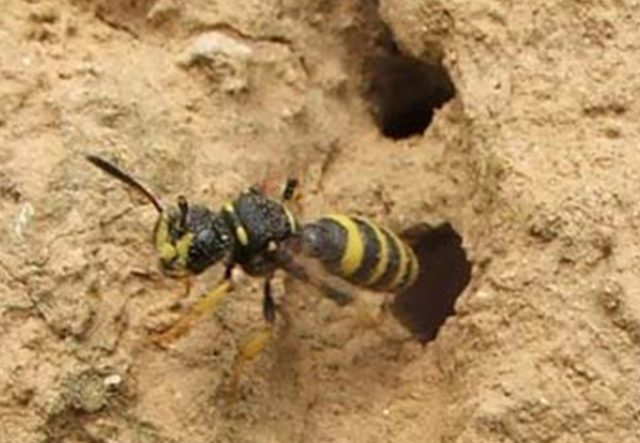 Rare and scarce invertebrates associated with martime cliffs and slopes: 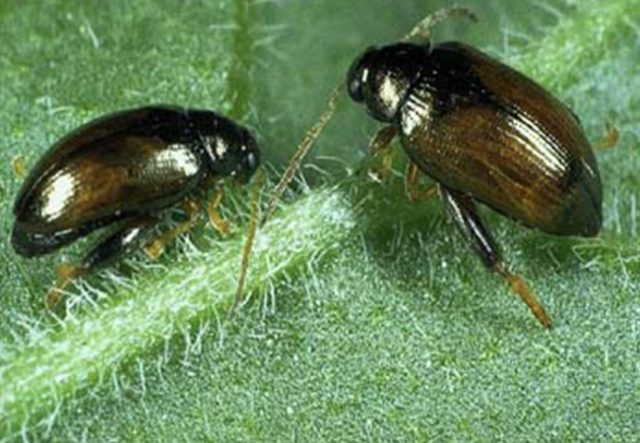