Recent history is peppered with cases of pesticides causing huge damage to wildlife, most recently pollinator declines caused by neonicotinoid insecticides, but also cypermethrin sheep dip, which ravaged freshwater systems and may have caused the extinction of a rare caddisfly species. By improving pre-approval testing and being much more careful and prudent about their use we can reduce the damage these chemicals cause to ecosystems and wildlife. Currently there are over four hundred pesticides approved for use in the EU. Since the approval process started in 1991, over a hundred products have been banned due to their detrimental effect on the environment or human health, despite being, until very recently, deemed safe and used extensively. This shows that the current testing procedure for approval is inadequate, again demonstrated by the EU introducing a ban on the use of neonicotinoid insecticides in 2018.

There are numerous issues surrounding the pesticide testing procedure, including the limited taxonomic scope of testing, and no account being taken of the ‘cocktail’ effect where pesticides can have more dramatic effects when working in combination. Detrimental effects that become apparent after a pesticide is approved are not taken into account quickly enough and when environmental impacts of pesticides, and other chemicals, are called into question, the precautionary principle must be applied, and their use suspended. There is too much emphasis on proving harm, rather than the onus being on the chemical companies to prove that they are safe. Pre-approval studies on the toxicity of new pesticides must be made publicly available and should be scientifically robust so that the statistical significance of the results can be relied upon.
While it is illegal for financial advisors to profit from selling products to individuals, agronomy advisors and the companies they work for are still allowed to benefit from commission or sales that arise from their advice to use pesticides. It is well-established that this form of marketing is highly effective at selling products that are either not needed or should be substituted with better approaches 10. The effect is to strongly bias the advice given to farmers towards chemical solutions and away from agroecology solutions. France has committed to break this link.

Gardens and urban green-space have become refuges for many bees and other insects; the use of insecticides in gardens cannot be justified on food production or other public good grounds and should be banned.

Plant-protection pesticides are not the only chemicals that can harm invertebrate populations; there are also significant risks from veterinary and human medicines. There is relatively little vigilance or targeted regulation to protect wildlife from medicines.

Pollution is a particular problem for water quality, despite the introduction of legislation such as the Water Framework Directive in Europe. Almost half of sites monitored across Europe continue to suffer from chronic chemical pollution leading to long-term negative impacts on freshwater organisms . One in ten sites suffered acute pollution with potential lethal impacts for freshwater organisms 11. Harmful chemicals, nutrients and plastic fragments are emitted in sewage effluent and run-off from urban and industrial areas, with pesticides from farmland posing the most immediate risk to freshwater ecosystems 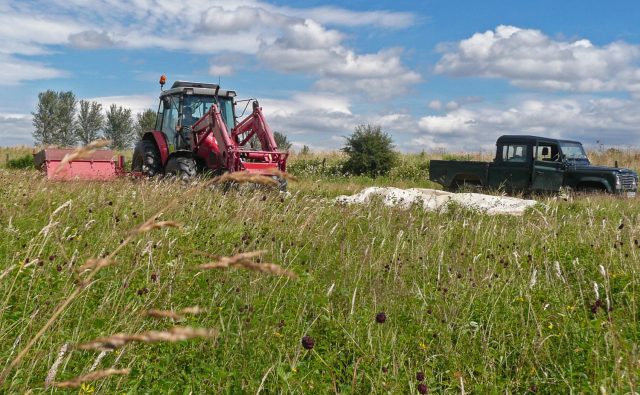