The Ladybird spider was thought to be extinct in Britain for over 70 years until it was rediscovered in 1979. Since then no other populations have been found and across the rest of its range in northern Europe the Ladybird spider is only locally common in a very few places.

To safeguard this spider, we need to establish at least twenty populations in the wild

It is so endangered in the UK that it is possible to count each individual spider living in Dorset, where it has managed to keep a small but determined eight-legged foothold.

The Ladybird spider depends on lowland heathland – and this is its main problem. Heathland has suffered drastic declines over the last 100 years or so, being ploughed up for agriculture and forestry, or built on.

The spider’s long life-cycle, very specific requirements and the fact that it is not good colonising new sites, have all added to its vulnerability.
When it was first rediscovered in 1980, the last remaining site supported only a few spiders, but successful habitat management has resulted in the population expanding to its current level of nearly 1000 individuals.

Since 2000, other colonies have been established on Dorset heathland. Spiders have been carefully released onto new sites – increasing the number of Ladybird spider populations in Dorset. 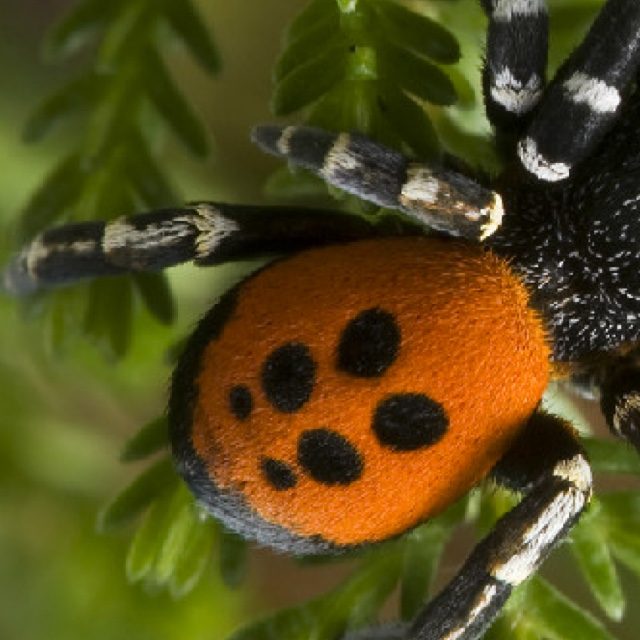 This Back from the Brink project, led by Buglife, ran from 2017-2020 and focused on the only stronghold of the spider in Dorset.

To help safeguard this species for the future and work towards the populations becoming self-sustaining, we worked with the Ladybird spider partnership across the 19 populations that Dorset now holds. Including five newly introduced populations. Land managers and a small number of carefully selected volunteers have been trained on how to manage a site that contains a population of these spectacular and very special spiders.

To engage the local community and a wider audience  with the conservation story of this iconic heathland species in new and innovative ways we did two major things; created and interpretative installation at RSPB Arne and developed an ‘Outreach pack’ for our key delivery partners who deliver outreach events. 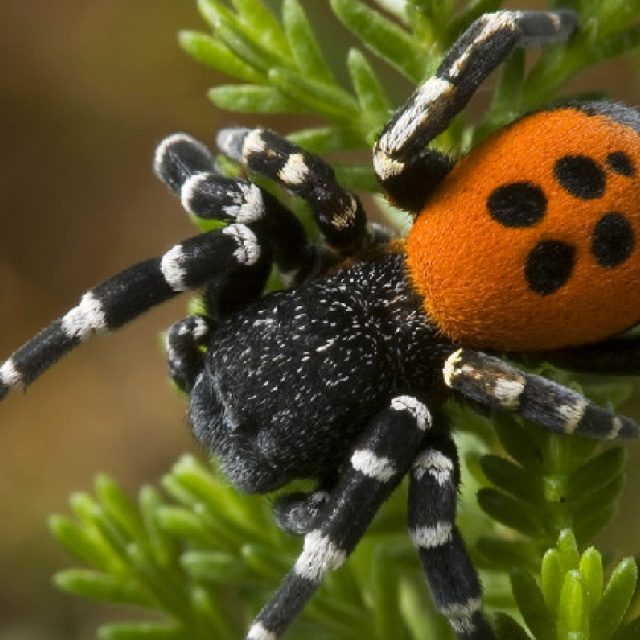 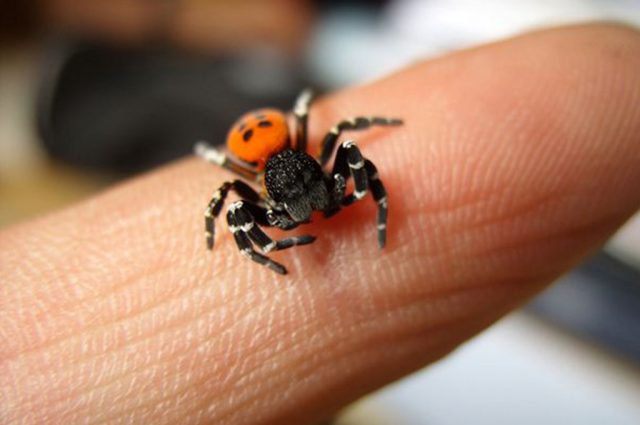 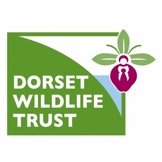 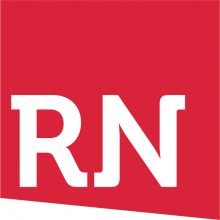 The project was part of Back From The Brink supported by the Lottery Heritage Fund, The People’s Postcode Lottery and several other funders.

The Ladybird spider project is a partnership between Buglife, Natural England, the Forestry Commission, Dorset Wildlife Trust, the RSPB, the Amphibian and Reptile Conservation Trust, Dudley Zoo, the British Arachnological Society, the National Trust, the Minstry of Defence, Life-Forms and Perenco.