The Blue ground beetle (Carabus intricatus) is a Britain’s largest ground beetle, and also one of the rarest.

This large distinctive species was once thought to be extinct in the UK until it was rediscovered in Dartmoor in 1994. Until recently, this rare and globally threatened species was seemingly confined to just handful of UK sites in Devon and Cornwall. In 2012, however, a local resident found the beetle in a woodpile in his garage! After contacting Buglife the specimen was confirmed to be the Blue ground beetle and subsequent surveys found it to be present in the nearby Coed Maesmelin – an ancient oak woodland owned and managed by the Woodland Trust (Coed Cadw) in Skewen, Neath Port Talbot. Until its discovery at Coed Maesmelin, it had never been recorded in Wales!

The Blue ground beetle lives in damp deciduous woodlands of oak and beech, often on south-facing slopes of river valleys. Most sites are ancient pasture woodlands with sparse ground vegetation, high humidity and an abundance of deadwood and veteran trees. The Blue ground beetle population in the UK and Europe has declined significantly due to the loss, fragmentation and lack of appropriate management of ancient woodlands.

Coed Maesmelin is the only place in Wales where the Blue ground beetle is found. It is a nationally important site and the most northerly population of Blue ground beetle in Europe. Currently, some areas of the woodland are in unfavourable condition for the beetle and habitat management is needed to conserve it.

The project will also deliver:

Local archives will be used along with current images of the woodland and presented at a photo exhibition held in Skewen with support from the local history group.

Deadwood invertebrates and their conservation

The project is supported by 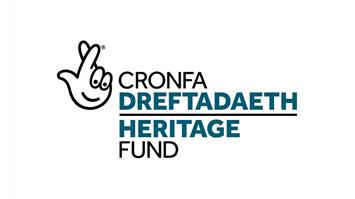