Maritime soft rock cliffs and slopes are home to a number of rare invertebrates. Yet this neglected habitat is facing a number of threats and this project is working to secure their future.

Life on the edge

Coastal soft rock cliffs are some of the most spectacular, but neglected, wildlife habitats in the UK. They are home to bees, butterflies and other incredible invertebrates such as the handsome Cliff tiger beetle (Cylindera germanica). Soft cliffs provide these small animals with food, shelter, and places to nest. They thrive in a place that’s being constantly eroded by the sea and weather – they love living life on the edge.

What is a soft rock cliff?

Coastal soft cliffs are sea cliffs in rocks that are poorly resistant to the natural processes of erosion that shape our coasts. Britain has very varied geology along its coast. Soft cliffs are formed of relatively easily eroded rocks such as clays, friable sands, and glacial deposits, contrasting with much more resistant ‘hard’ rocks. The cliffs are subject to frequent slumps and landslips caused by erosion by the sea at the base, and erosion above by the rain, storms, and groundwater seeping through the cliff. Soft cliffs erode more quickly than hard cliffs and are often sloped or terraced rather than vertical like many hard rock cliffs. In the UK Soft cliffs are concentrated in England and Wales, and are among the best in Europe.

Why are soft cliffs important for invertebrates?

Coastal soft cliffs are some of the most natural habitats in the UK. The natural process of erosion helps to maintain ideal conditions for many rare insects and other invertebrates. At least 28 rare species are only found on coastal soft cliffs in the UK. In total there are at least 100 invertebrate species that are either wholly or partly dependent on this scarce habitat for their survival.

The specialist invertebrates of soft cliffs are fascinating as they seem to thrive upon a habitat in constant state of flux. Continuous natural erosion creates bare ground which is colonised by wildflowers.

Wetter parts of the cliff slope where freshwater seeps onto the cliff slope can support small ponds and reedbeds, these are home to animals with an aquatic stage in their life cycle such as water beetles, soldierflies, and craneflies. The wet areas also provide mud for some bees and wasps to construct nests.

The features that make soft cliffs so attractive for wildlife such as bare ground and rich diversity of wildflowers were once common in the wider countryside. Over time our changing management of the countryside has resulted in these wildlife-rich habitats being lost. Soft cliffs are some of the last refuges for animals such as the Long-horned mining bee (Eucera longicornis) which were once more common and widespread.

Coastal soft cliffs have been a very neglected wildlife habitat, and much of the UK resource has already been altered or lost behind coastal protection schemes, or degraded through inappropriate management.

In their natural state soft cliffs do not require any management to maintain their wildlife riches. The natural processes of erosion that shape the soft cliffs and maintain the important habitats such as bare ground and pioneer plant communities must be allowed to continue to function naturally. If these processes are prevented or reduced through cliff protection then local extinctions of specialised invertebrates will follow.

What are Buglife doing?

Buglife, funded by the Esmée Fairbairn Foundation, ran a three year project aiming to: discover just how important soft rock cliffs are for invertebrates in the UK and how to safeguard these rare habitats and their invertebrate inhabitants for the future. 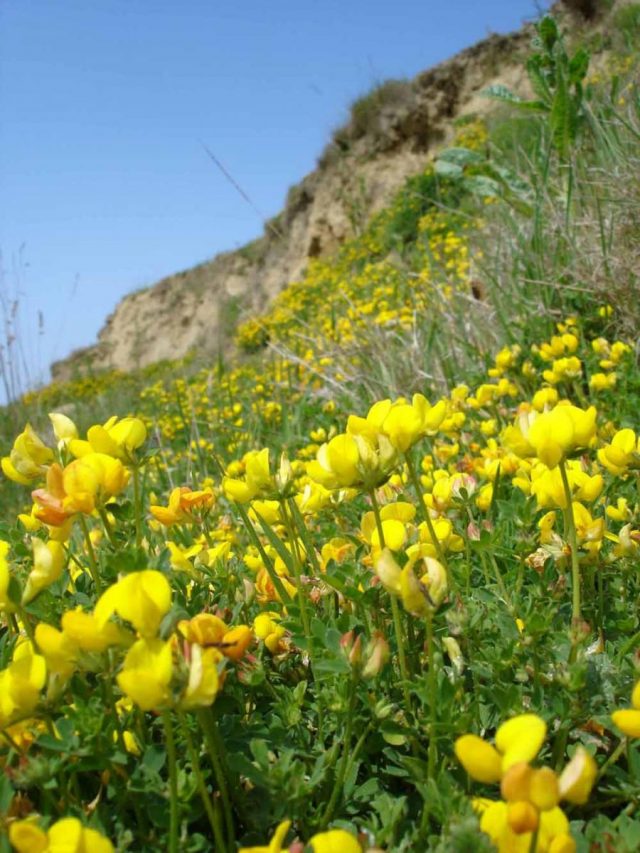 We have also produced survey reports for the Dorset and southwest Isle of Wight coasts which are available by request. Please contact us for copies of any of these resources.