Riverflies, along with all other native freshwater invertebrates, are an important part of the freshwater ecosystem and food chain.

Riverflies are at the heart of freshwater ecosystems and are a vital link in the aquatic food chain as a food source for fish and birds. They live most of their lives as larvae in freshwater habitats before emerging as adult flies. They are good indicators of habitat health as they’re sensitive to changes in water quality.

More than 280 species of mayflies, caddisflies and stoneflies are present in Britain.

There is strong evidence that over at least the last few decades there has been a widespread decline in the numbers of riverflies in some British rivers.

These declines are worrying because they reflect the health of our freshwater habitats – which are vital for the plants, animals and ultimately people who depend on them.

Eight riverfly species have conservation status assigned by the Government and are listed on the UK Biodiversity Action Plan (BAP):

To find out more about the eight riverfly BAP species click here.

What can you do? 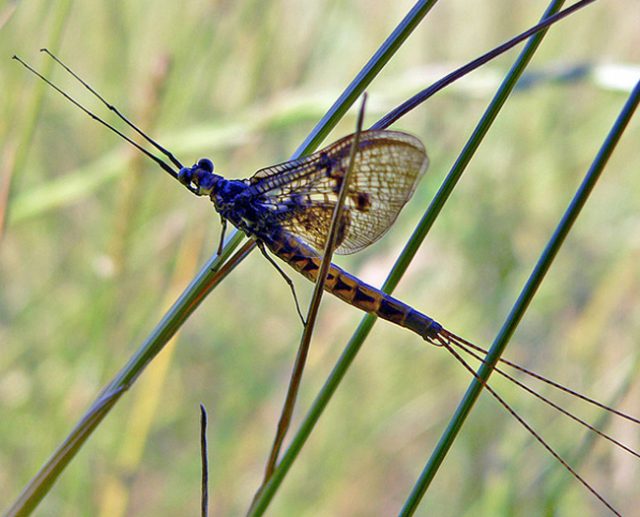 An introduction to riverfly recording