Nick Baker actually started off as Buglife’s President in 2004, but later decided to step down to Vice President due to a hectic work schedule, allowing him to still be involved with the organisation. 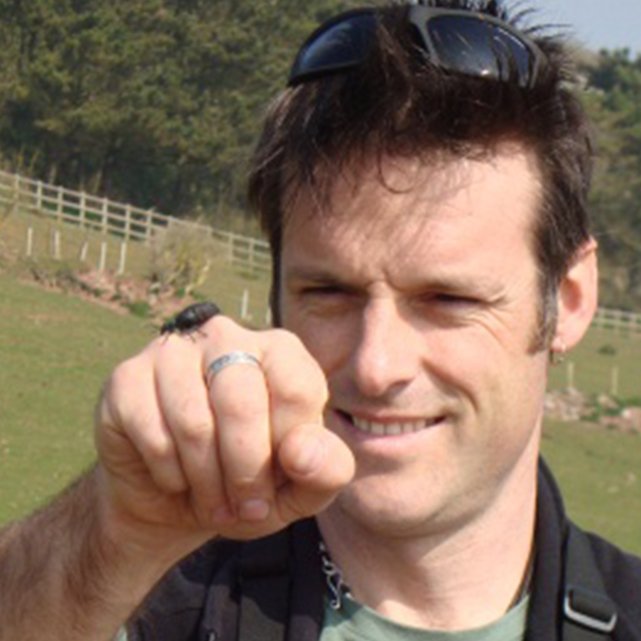 Nick has been a dedicated Vice President since 2006 and we are pleased to have the ongoing support of such a passionate bug lover and naturalist.

Born 22nd April 1972, in Surrey, Nick graduated from the University of Exeter in 1993 with a degree in Biological Sciences. During his time at Exeter, he co-founded the University’s national Bug Club and was a member of the Royal Entomological Society’s Youth Development Committee.

In Nick Baker’s Under the Skin on BBC Two, he attempted to get under the skin of animals. He presented Twister and joined the presenting team of the science series, Tomorrow’s World.

Other ventures have included co-presenting BBC Two’s Watch Out with Simon King; Nick Baker’s Weird Creatures which has been regularly lampooned by Harry Hill’s TV Burp.

Recently Nick has been presenting Springwatch Unsprung but has also worked for Channel Five, the Discovery Channel and National Geographic.

Nick is a regular contributor to Radio 4’s The Natural History Programme and writes for many publications including the BBC Wildlife Magazine, Wildlife Watch, RSPB’s Bird and Birdlife magazines, the Young Telegraph, the Bug Club magazine, Wild About Animals and FBX magazine.

Nick has also written Baker’s Bug Book and the Natural History Almanac for the UK.