Emily Hunter, ran the Leicester Marathon for bugs that are so often overlooked. Here, she tells her inspiring story.

Lots of people run races just for the sense of achievement, but if you’re putting in all that work, it’s also a great opportunity to raise some money for a good cause.

I’ve always loved running and had done a few half marathons, but I really wanted to run a full marathon before I turned 30.

I also love animals, but when it came to picking a charity, I wanted to help animals that people wouldn’t normally think of. I came across Buglife through their work on agriculture and pesticides. As soon as I heard about them I knew that this was the charity for me.

Insects and other bugs do hugely important work and we’d find it difficult to survive without them, but most people never really notice them unless they’re running across their carpet or ruining their picnic!

Persuading people that bugs are a worthy cause was easier than anticipated; the hard part was training for the race itself. A marathon really isn’t something you can do without being properly committed. I started training in January and by the summer I was training five days a week, including a three hour run on Sundays.

When the day of the race arrived, it was cold, windy and pouring with rain; fortunately my family were all there cheering me on. For most of the race I was feeling surprisingly good and after 21 miles I was still smiling and managed a cheery wave!

After that things got a lot harder and for the next few miles I was really struggling. I don’t know if the spectators realise how much runners appreciate it when they cheer you on, but it really helps!

Somehow, I managed to find a burst of energy for the last mile and a half and as I turned the corner for the last 100 metres I heard someone remark to their friend, ‘She doesn’t even look tired!’

I’d definitely recommend taking part in a race as a way to fundraise for Buglife. It’s hard work, but really rewarding in the end, and there’s the added satisfaction of knowing you’ve helped our creepy crawly friends! 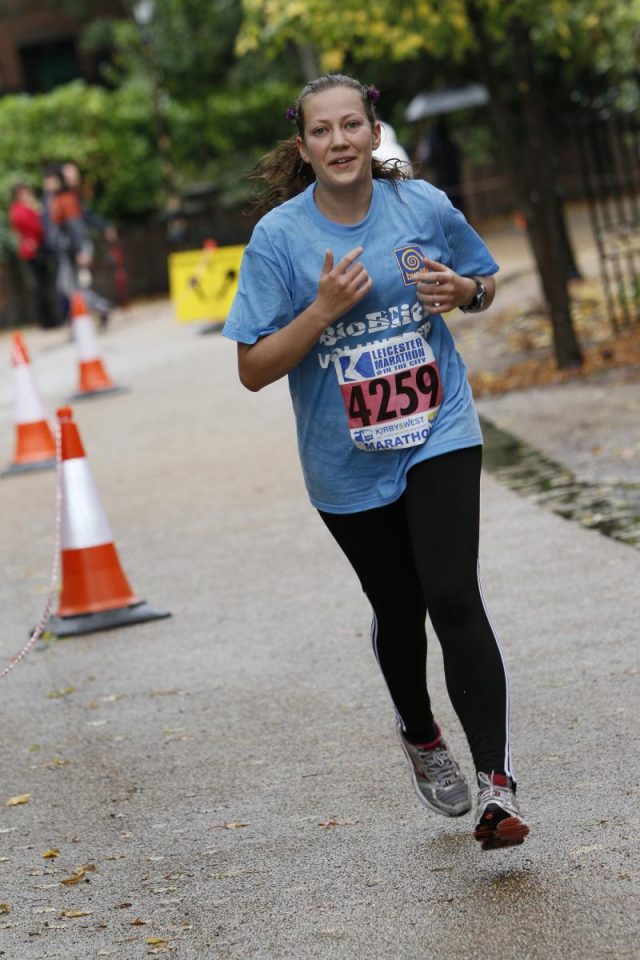 If you’re taking part in an event to raise money for Buglife, we would love to hear your story. Get in touch!