Welcome to the Species Champions Project

The Species Champions Project partners Members of Parliament from England with wildlife organisations to bring political support to the protection and promotion of threatened wildlife. Each MP becomes a ‘Species Champion’, adopting their own species.

What do we want MPs to do?

We want MPs to raise awareness of the species they are championing and the causes of their decline, in Parliament and in their constituencies. MPs are encouraged to support the development of public policy and legislation that will help their species flourish.

Why are species important?

Species are the building blocks of biological diversity, on which the life support systems of the planet depend.  Just as important, they endlessly fascinate and amaze us – our world becomes dull and meaningless when we lose the richness of wildlife.

What do we want to achieve?

Ultimately we want a world richer in nature, where species are valued and thriving, and where declines in their populations have not just been halted, but reversed.  Members of Parliament have a vital role to play in this.

Part of a UK wide project

This is one of a number of initiatives spanning the United Kingdom, involving political representatives from Scotland, Wales and Northern Ireland working together with wildlife organisations. 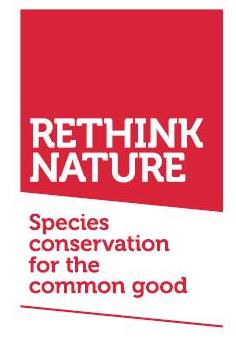