Notable feature: When resting the wings are always closed and the eyespot (on the underside of the upper wing) is often hidden, making it appear much smaller than it is. The colour of the upperside of each wing appears brown with eye spots present

Where in the UK: This butterfly forms discrete colonies and, while some colonies are inland, the overall distribution of this butterfly would suggest that this is primarily a coastal species, at least in the British Isles.

The Grayling Butterfly (Hipparchia semele) is a native, butterfly; it is the largest of our “browns”.  It can be found on the Scottish Biodiversity List and is also listed as High Priority for Butterfly Conservation.

When resting the wings are always closed and the eyespot (on the underside of the upper wing) is often hidden, making it appear much smaller than it is. The colour of the upperside of each wing appears brown with eye spots present.

The underwing of the adult is mottled-brown and they appear larger in flight when pale yellow-orange bands can be seen.

The Grayling is a master of disguise – although fairly conspicuous in flight, it mysteriously disappears as soon as it lands, perfectly camouflaged against a background of bare earth and stones, always resting with its wings closed.

Buglife is working to increase awareness of invertebrates and the Grayling through specific projects, including B-Lines and campaigns such as “Ardeer Peninsula – Scotland’s bee haven” but we need your help!

Get involved with the UK Butterfly monitoring scheme or download the iRecord app and get recording! 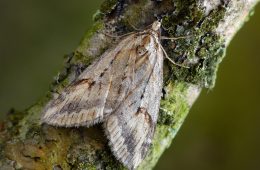 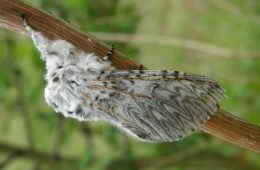