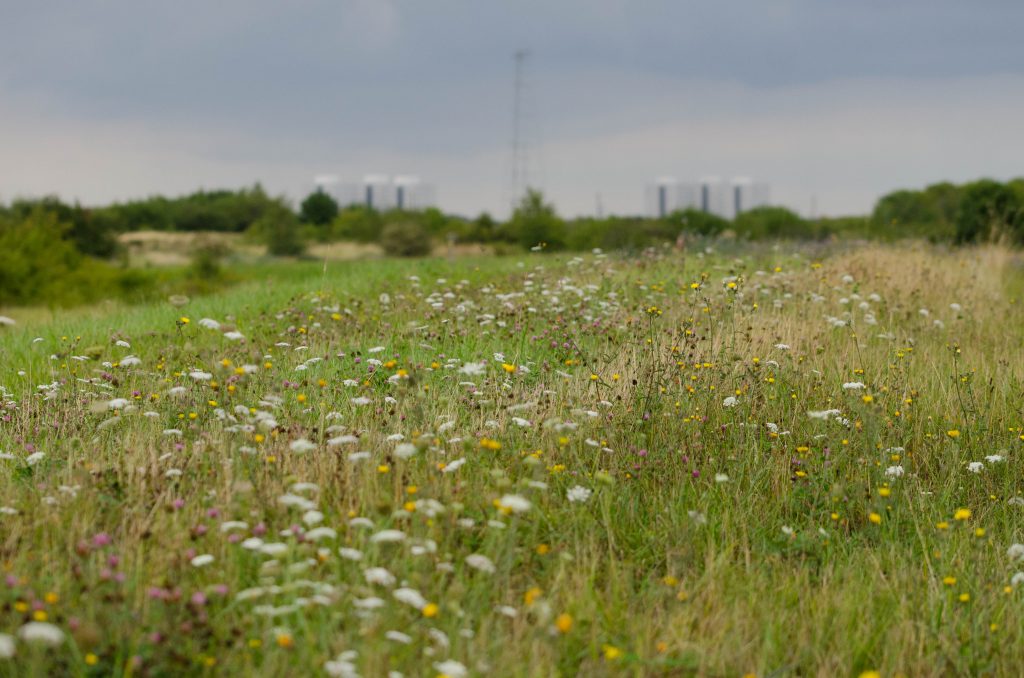 I first visited Swanscombe Marshes in March 2015. Spring was in the offing, a cold wind blew off the Thames. My friend introduced me and a few other conservation-minded people from London to the Marshes. He was brought up in Kent and over the years developed a deep understanding of the North Kent Marshes. I can just imagine the way he sees the landscape in his head. He would talk of marshland either side of the river in a way that suggested he was poring over a detailed map in his mind. He knew where species like marsh harrier and the bearded tit nested. Sure enough, we saw both species on that blustery and grey Saturday in March.

Many other people could tell you in much greater detail how interesting this old industrial landscape is. They could tell you what the huts were used for, what certain imprints in the landscape indicate. I was very much a stranger to the place. But I could see the ecological richness, even in March, its interlacing with the industry of old.

Brownfields are pitifully misunderstood in Britain. Old industrial land which is left to be seeded with wild plants, the spores of fungi, and re-colonised by wild animals, makes up some of the most biodiverse habitat in the UK. Too many people in positions of authority are blind to this fact. The ecological value of brownfield is being ignored in return for a dim policy of building only on brownfield. In reality brownfield beats much of the agricultural green belt of England in species diversity because pesticides are not used, nature is given free reign. Their ecological networks are built by natural processes we are not able to replicate ourselves. No amenity or mitigation planting can ever match what special places like Swanscombe have made without us, or in our wake.

When I visited, my friend expressed his affection for a massive electricity pylon. Like you, I also thought that was a bit odd. He said it was because ravens were using it for nesting, and that pylons of this size were a rare thing nowadays. His interest in these pylons matched Swanscombe’s allure: a ruined landscape of old industry now rich in rare insects, spiders and birds. I was so impressed by one man’s love for a pylon that I wrote this poem:

The concrete and riverside

harrier haunting a level of reeds

some policeman of phragmites

of seedy beards that bend and shiver

to the breathing Thames

and its godlike pylon

and ravens for lice.

It’s an icon of a time

for an age when

she will but consume.

you will be deleted.

A few months later we visited again in August. It was another grey and windy day but the grasslands of the ridge alongside the Thames were alive with wildflowers. The numbers of moths, butterflies, bees and other insects was astonishing. It was not something I had imagined back from that first visit in March.