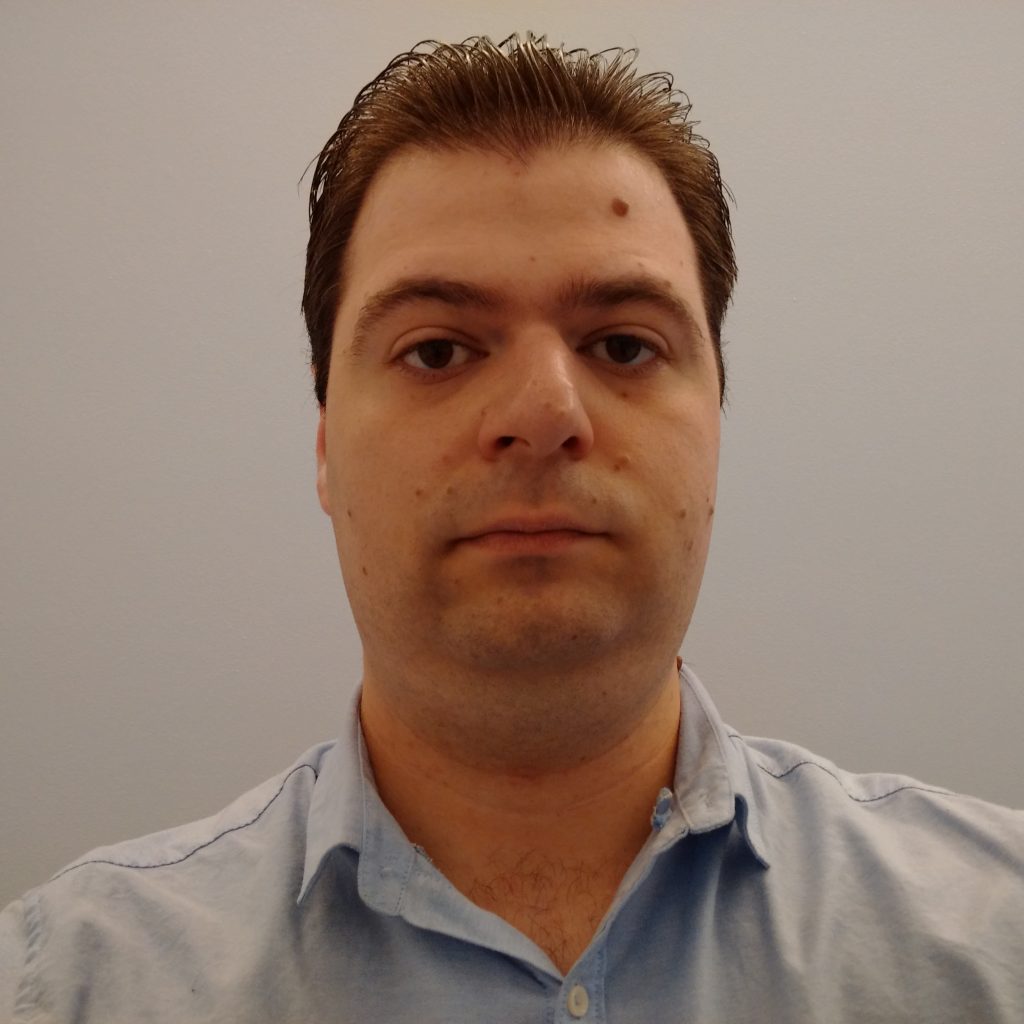 The first in a short series of blogs from Radoslav Valkov, born in Sofia, Bulgaria. In 2010 he won CIWEM’s prestigious British award “Young Environmental Photographer of the Year” with the highly artistic work “The Fortune Teller” that received wide international exposure. He studied Zoology at the University of Roehampton, London before returning to Byala Slatina, Bulgaria. A member of the Flemish Entomological Society, he is focused on plant-insect interactions and citizen science. His first article On the importance of inconspicuous flowering plants – how a “noxious weed” sustains valuable insects appeared in the Society’s journal, Phegea.

The inextricable relationship between mankind and insects has always been a topic of special interest to me. My own garden is a gift from nature and I grew up exploring its invertebrate biodiversity. This shaped my outlook on the world of insects, attitude towards their vital global role and purposeful dedication to entomology, realised from early childhood. This is a very special and intimate type of devotion, passion for wildlife and desire to study the intricate aspects of the connection between humans and insects. In the current situation of severe insect declines and extinctions, I regard any moment in the garden as a truly worthwhile means of understanding the mechanisms that drive the imminent threats to insects. Measures to counteract damage keep facing the same problem – insufficient time window to design and test the strategic implementation of new ideas. What is the simple and cost-effective missing bit that slows us down towards reaching conservation outcomes that would consistently outweigh the amount of damage to wildlife? What prevails – wrong arbitrary assumptions that the “small” and “unknown” amounts to “insignificant” or the fear of acknowledging before our very own conscience the great accountability for failing to recognise insect conservation as one of the top environmental priorities, a matter for which gravity we have been warned sufficiently early to act? The unvarnished truth lies in a garden in Bulgaria, where wildflowers and insect diversity are not just thriving; this is not a regular wildlife garden – it encapsulates the rational mindset to allow nature to live freely as is, at zero negative cost to beneficial insects.

We need to take a closer look at an entirely different scale. The naked eye would prioritise the obvious most of the time. However, taking a closer look can reveal important information. Thus, it is of the utmost immediacy to think of smart solutions through exploring non-standard options. Both flourishing and declining insect populations originate from the same source, a given habitat that comprises a much complex network. The individual building blocks of such sophisticated interconnected system remain underestimated, especially if areas are small. Yes, I am talking about garden ecosystems of any sort. These reservoirs of precious biodiversity require wide recognition as invaluable sources of data that is useful to insect conservation.

There are two major problems. Firstly, small-scale surveys could lead to confident conservation inferences only in the presence of a long-term inspection using improved methodology of data collection to yield optimal measures that are both realistically applicable, solely based on empirical knowledge and field trials, i.e. practically reliable. Secondly, such approaches require patience, care and consideration among scientific communities. Ethologically significant implications of small-scale research on insect-plant interactions should be sufficiently addressed. Have not we been generously given enough time to look close enough, infer and act, rather than ending up with the disappointing infinite concept of just being able to limit and mitigate damage?

Back in the year of 2007 when the term “micro moth” was not used very often, I recorded and documented a very special visitor in my garden. It was the unusual diurnal moth species Nemophora fasciella (Horehound Long-horn), a female specimen. I was astonished by its metallic iridescent sheen, hard to believe this was actually a moth with incredibly long antennae. 13 years later the population of this very scarce in the UK and across Europe moth is still thriving in the healthy garden habitat, thanks to the larval food plant Ballota nigra (Black horehound) that is left to grow without restriction. In June 2020 an unexpected visitor, the endangered Stilt-legged fly Rainieria calceata, followed by the micro moth Scarce forest tubic, Dasycera oliviella in July 2020 were both overwhelming records. They are rare saproxylic insects with limited dispersal capabilities hence heavily dependent on habitat availability and quality. I consulted the British entomologists Steven Falk and Darwyn Sumner about Rainieria calceata who confirmed the endangered status of this species. What is immediately clear is that the same applies to its distribution in Europe. The research website of Darwyn Sumner “European Micropezids & Tanypezids” welcomes you with a quote by Janine Benyus – “The answers to our questions are everywhere; we just need to change the lens with which we see the world”. Indeed, following my consistent effort to observe through a different perspective, I realise that my garden has been turning into an ancient woodland habitat. This is not surprising – the absence of synthetic fertilisers or any other toxic input by herbicides and pesticides is easily detectable. The result is not immediate, but should be purposefully sought – a matter of perseverance and care about our own future.

In accord with my appeal for more attention to the level of observation we apply, I would draw your attention to another essential remark. We should not allow meticulously arranged lifeless spaces deprived of ecological viability. What if every garden owner would realise the enormous potential of garden habitats and take my appeal in all its seriousness to protect natural vegetation and entomofauna? The total area of private garden spaces in the UK and Europe is a colossal figure. Imagine for a second that all this land is currently inhabited by thriving plant and insect biodiversity at a time when the obvious need for change is the last lifeline for insects and humanity.

Fortunately, not all opportunities are missed. An ecological study I conducted this year confirmed how a small patch of a flowering plant commonly seen on arable land can sustain beneficial entomofauna. Sadly, I was also able to witness how climate change exposes valuable natural pest controllers, such as the Rove beetle Tachyporus hypnorum to starvation and disrupted phenology. It is exceptionally important to record wildlife in a way that reflects subtle functional interactions. This is precisely the missing bit we overlook, the tiny detail which leads to meaningful conclusions and actions.

The ultimate manifestation of responsible care for insect diversity is the non-destruction of any habitat, whether that being an enormous garden with large carrying capacity or the small garden space you have always loved. Perceiving such terrains as truly important is a prerequisite to more successful conservation practice. Such data should gain traction and scientific credence among various domains of insect conservation through improvements in delivering citizen science. Although behavioural observations to counteract both floral and insect phenology climate change-induced shifts are a fairly complex matter, we have at hand huge advancement in detecting the underlying mechanisms, such as assessing volatile organic compounds that make a given plant particularly attractive to a beneficial insect species or a pest or for instance, our knowledge on pollen transport. This automatically puts entomology at the heart of tackling a global problem.

Pairing empirical knowledge with technological progress makes managing insect declines possible. To me the fact mankind is able to direct inconceivable amounts of labour into damaging pseudo-maintenance through destruction of invaluable plant and insect diversity is against any logic. Although we have directly copied design and technology from nature and embedded it into our modern lives in many ways, it seems we are still refusing to accept the truth that no insect would expend unnecessary energy or do anything anomalous to undermine its own existence.

My garden tells a very simple story that insects need space, instead of concrete, poisoning and inanimate plastic grass spaces where the consequences of felled ancient woodland portend ecological ruin and pogrom. More than ever we need to demonstrate that common sense prevails over the tempting ease of replicating fatal malpractice that leads to further loss of insects. This matter is so tangible and screams emergency. It is also vital to understand that aesthetics lies in the world of insects and plants itself, not in the misconstrued picture of managing green spaces that nurture disorderly and unsubstantiated vision for orderliness. Every single step to keep my garden the way I do is rewarding. Not only did it happen to become the home of rare insect species, but also turned into a sound reference point for further studies that can help insects.

Do you respect your garden space, do you respect your planet? Would you consider helping out others even if you are not in possession of your own garden? Do you realise your individual role in this complex urgency?