Recently, conservationists have been discussing the role of agriculture in helping pollinators—and for good reason. About half of the U.S. land base is in agriculture. If we want to truly provide for a long-term future for pollinators, we must work with farmers.

Farms come in all shapes and sizes, from small, family-run operations to vast landscapes managed by corporations. They also have varying impacts on pollinators. Many farmers are leading voices for environmentally responsible management. The issue is that large, homogeneous agricultural landscapes are often devoid of habitat for pollinators, and the large-scale use of pesticides has been implicated in honey bee kills and decline of native bees and butterflies, most notably, the monarch butterfly.

A recent study, “A horizon scan of future threats and opportunities for pollinators and pollination,” published in the journal PeerJ, identified “corporate control of agriculture at the global scale” as a top risk to pollinators. On the flip side, the authors also found that large-scale agriculture provides an opportunity to protect pollinators in the future.

Anyone who works on these issues will easily recognize the truth of these two conclusions. In the conservation world, most of us realize that success in protecting pollinators and recovering monarch butterflies will only be gained with farmers as part of the solution—although it is still not clear how we can best work with the largest farms to achieve this.

Two things are certain, however. The first is that large farms have a negative impact on the environment and are a major driver of pollinator decline. The second is that they do not have to be.

If we are discussing monarch declines, corn and soy farmers come to mind. There are over ninety million acres of corn in the U.S., mostly grown in large monocultures of genetically modified plants that are repeatedly sprayed with herbicides and are treated with systemic insecticides. It is estimated that more than 1.3 billion milkweed stems have disappeared in the Midwest since the early 1990s, primarily from agricultural and grassland habitat. Approximately 75 percent of this loss of milkweed is attributed to use of the herbicide glyphosate on corn and soy. The removal of these plants on this scale has subsequently led to a more than 80 percent decline in monarch butterflies and a heightened risk of losing the monarch migration in our lifetimes. 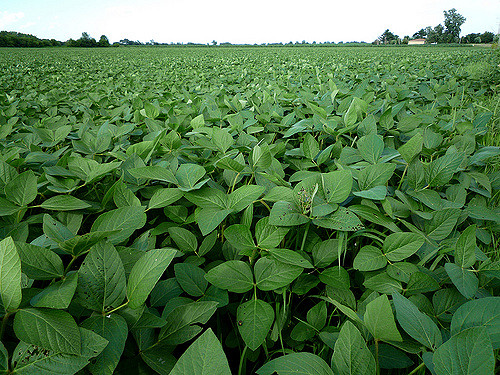 The harm to pollinators is not just coming from corn and soy. There are 1.1 million acres of almonds in California alone. They provide a massive burst of bloom in late winter, but most almond farms are devoid of natural habitat and over 80 percent of the commercially managed honey bees in the U.S. are brought to California each year just to pollinate this crop. This is not sustainable in the long term. Many other crops are grown in large monoculture stands and with the heavy use of pesticides as well.

One thing to keep in mind is that every farmer and farm is unique, and different approaches are needed to promote conservation. In many cases, individual farmers are embracing conservation even though the industry as a whole may not be. For instance, some large, innovative almond growers are working with Xerces to add habitat that is safe for honey bees and native pollinators. We helped one almond farm put in over five miles of pollinator-attractive hedgerows and acres of flowering meadows, and worked to develop overall farm strategies to protect these habitat areas from pesticides. 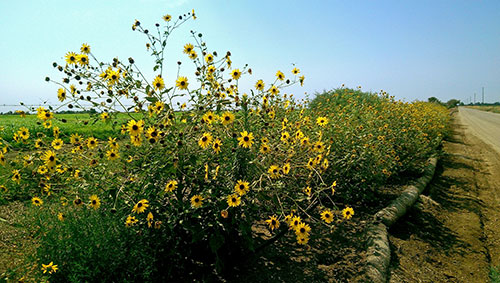 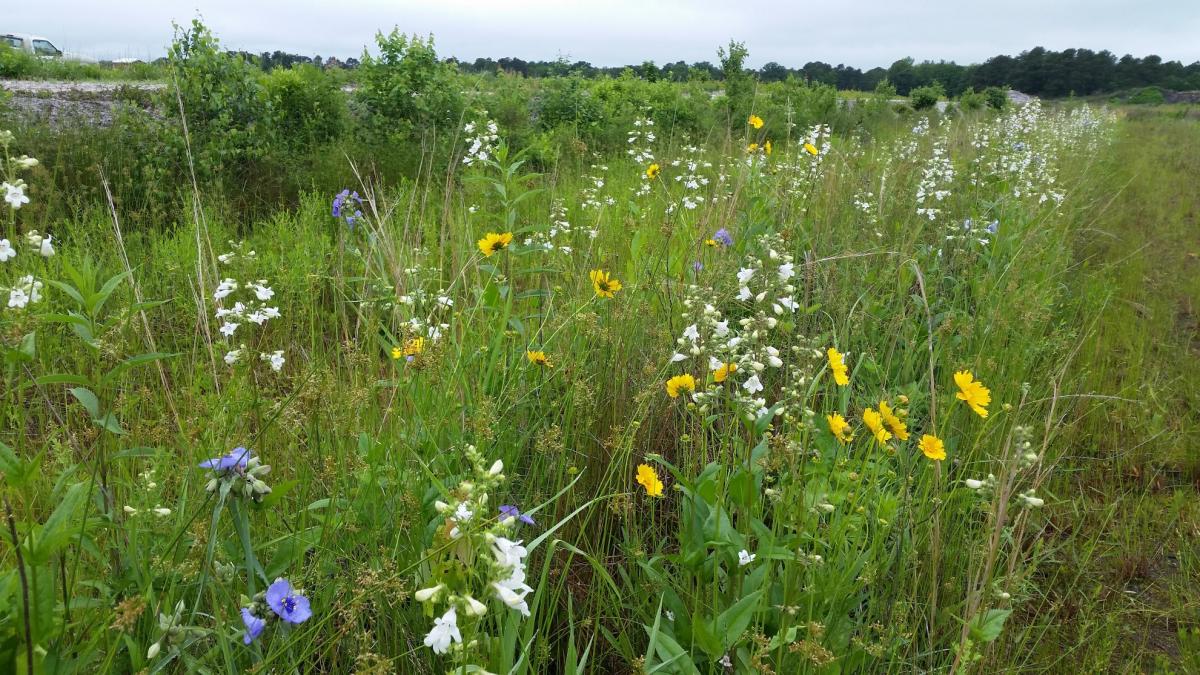 And this brings me to my major point. To truly protect bees and butterflies—including monarchs—agricultural producers need to be willing to make real changes to how they operate. Incorporating pollinator habitat elements, while important, isn’t enough on its own. Farmers have to commit to protecting these areas from toxic pesticides.

Insecticides, herbicides, and other pesticides don’t stay where they are applied. Through drift and runoff they can be transported into areas that no one intended. These are real issues that need to be addressed in all farm habitat restoration and management projects. A variety of studies from the U.S. and Europe show that habitat adjacent to fields where insecticides are used may be toxic to the pollinators and other beneficial insects that rely on these areas for food and shelter. Projects that place habitat within areas where insecticides are used can have the opposite effect from what’s intended: pollinators and other wildlife can be drawn to what seems to be a place they can thrive, only to be poisoned. On top of the devastating effects on pollinators, installing habitat that is exposed to pesticides is a waste of limited resources. Restoration is expensive, and we should prioritize areas where we know that the habitat will be protected from pesticides and bring greatest benefit to pollinators for the long term.

To achieve a secure future for pollinators, it won’t be enough to have isolated patches of habitat, even if they remain pesticide-free. To do the job right, we must change the way we approach food production altogether. We need to move away from silver bullet approaches—“we can solve this pest problem by applying that insecticide”—and the treadmill of a different chemical to treat every issue.  In some cases, the chemicals aren’t even applied because there is a problem. It has been estimated that up to 44% of soybean and 100% of corn seeds are coated with insecticides prophylactically. This means they are treated regardless of whether there is a pest of concern. Researchers at multiple universities and the U.S. Environmental Protection Agency agree there are few pest problems solved by applying systemic insecticides to the seeds of soybeans. Data also show that the insecticides used as seed treatments are likely harming bees, birds, and aquatic organisms.

To me it seems like the common sense approach would be to stop using pesticides that do not solve a problem and that, in fact, create harm in the environment. To protect pollinators and to recover monarchs, we must use integrated pest management, adopt pollinator-safe methods for appropriate use of insecticides only when other methods are not feasible or effective, and move to a more sustainable farming approach.

Unfortunately, some in the agricultural community, including the chemical companies that produce the pesticides, have been resistant to eliminating prophylactic use. If you are a large chemical company, your profit margin is based on how much pesticide you sell. An approach that is beneficial for pollinators will inherently include lower amounts of pesticides, applied in a much more targeted manner. With the pesticide industry responding primarily to shareholders—who tend to care most about increasing profit margins—pollinators will continue to lose out.

If we cannot get pesticide manufacturers to agree to eliminate pesticides when they are not needed, I do not see how we bring these same people to the table to help solve the large pollinator problem. Even the potential that the monarch butterfly might be listed as a threatened species has not really changed the dynamic at these large chemical companies. Their PR staff have been changing the messaging, but we are not seeing any changes in the marketing and use of their products.

Even in the face of this major challenge, many farmers are stepping up to make significant changes. The farmers we work with have a strong environmental ethic: They love their land and their way of life and do not want to harm the environment. Hundreds of farmers, with farms of all sizes, are working with us to implement pollinator habitat projects. On farms with crops like tomatoes and almonds in California to blueberries and cranberries in the Northeast, farmers are taking action. We are also working with large commodity growers in wheat, oats, and corn. Even cattle ranchers are acting to help pollinators. Since 2008, the Xerces Society has been partnering with the USDA Natural Resources Conservation Service and farmers with the result that pollinator habitat improvements have been implemented on almost 400,000 acres of American farmlands. 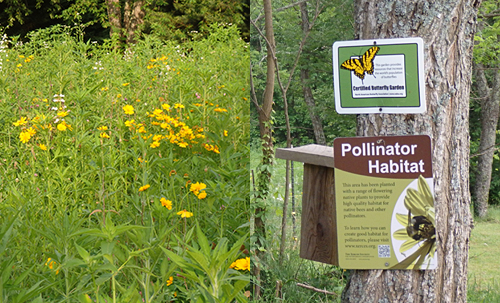 Some food companies are stepping up as well. Xerces is working with companies like General Mills and Whole Foods Market to incorporate pesticide-free habitat into their supplier farms. By changing the expectations, our partners are on track to fully integrate habitat and reduced-risk pesticide practices into hundreds of thousands of acres of agricultural land over the next decade.

Over 40 percent of the land area of our planet is in some sort of agricultural production and must, therefore, be part of the solution. Can we really get the majority of agricultural producers to do what is needed to protect pollinators, water quality, and other resources that are important to life on Earth? I think the jury is still out. But I do have hope, because the farmers and the companies we partner with are showing that it can be done. I say we let these innovative farmers and the companies that buy their products help to show us the way to produce the food we need while still providing for all of the other animals that share this planet.