Home > Blog > Nudibranchs – marine molluscs are coming out of their shells 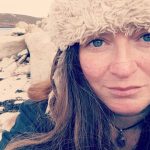 …guest blog from Debs Rylands leading on wildlife engagement and training for Wild Ideas UK. Passionate about community-led action for wildlife and supporting groups, communities and individuals to explore, love and conserve our native species.

With over 100 species in the UK alone, the nudibranch, or sea slug, is surely our most overlooked marine mollusc. Most of these carnivorous creatures are just a few millimetres in length, with our largest native species reaching around 5cm, and most spend their lives slinking along the sea floor, so they’re easy to miss. But we think they’re worth the effort.

While the name ‘nudibranch’ may sound like an adult-rated store, it actually translates as ‘naked gills’, referring to the lack of shell to protect the gills. Like all molluscs, nudibranchs start out life with a shell, but this is shed during the larval stage. This does not leave the slow-moving, soft-bodied blob defenceless, as many nudibranchs have the ability to devour prey, such as sea anemones, with their powerful jaws and, rather than digesting their toxins, store these as a defensive mechanism against predatory species.

These carnivorous animals feed on other aquatic invertebrates, such as sponges, anemones, corals, barnacles and even other nudibranchs. They feed by using their tough tongues to scrape at the surface of their prey, breaking off small pieces which are easily digested. For nudibranchs the phrase ‘you are what you eat’ rings true more than for most animals. When a sea slug eats, it digests and takes on the pigments from its meal, giving it the colour of the species on its menu.

Some species of nudibranch take this even further, with ‘Solar-powered Sea Slugs’ even absorbing the chloroplasts (cells which allow photosynthesis) from the algae on which they graze into their own digestive glands. Once established, the chloroplasts can sustain photosynthetic activity for months, allowing the slugs to benefit from contributions from both heterotrophy (absorption of energy from other plants and animals) and phototrophy (absorption of energy from sunlight) to support their fitness. It is these chloroplasts which give these nudibrachs their distinctive glowing speckles.

Armed with tiny eyes which are no more than light sensitive cells, the nudibranch relies on its rhinophores, the protrusions on its head, to make sense of the world through its almost superpower senses of taste and smell. By sensing chemicals in the water, the nudibranch will determine food, threats and the pheromones of potential sexual partners.

These sensory superpowers are essential for the continued existence of the nudibranch. When you move this slowly, early warning systems are an absolute must. Similarly, the ability to find a mate needs to be heightened, but this is not enough.

A nudibranch cannot chase a prospective partner down and must be ready to mate as and when they encounter another of the same species. Lucky then, that the nudibranch is hermaphroditic, meaning that they have both male and female reproductive systems. When a nudibranch meets a mate, they will exchange male gametes to fertilise the eggs of both parties, doubling the chances of successful egg laying and hatching.

Just like terrestrial snails and slug, nudibranchs leave a trail of mucus in their wake. This trail is the secret to their incredible communication skills. The chemicals in this trail are clues to other nudibranchs for a delicious lunch or a potential threat. And of course, with no opposable digits to swipe right on an attractive mate, it’s a great way of letting others know where they are!

These fascinating invertebrates are not known for their longevity, with many living for only a few weeks but some do manage the ripe old age of nearly a year! And there’s a lot to do in that short time. Nudibranchs are not purely the domain of divers and snorkellers, as many species will turn up in rock pools. So it’s time to rock your crocs at the coast and get dipping for these incredible sea slugs.