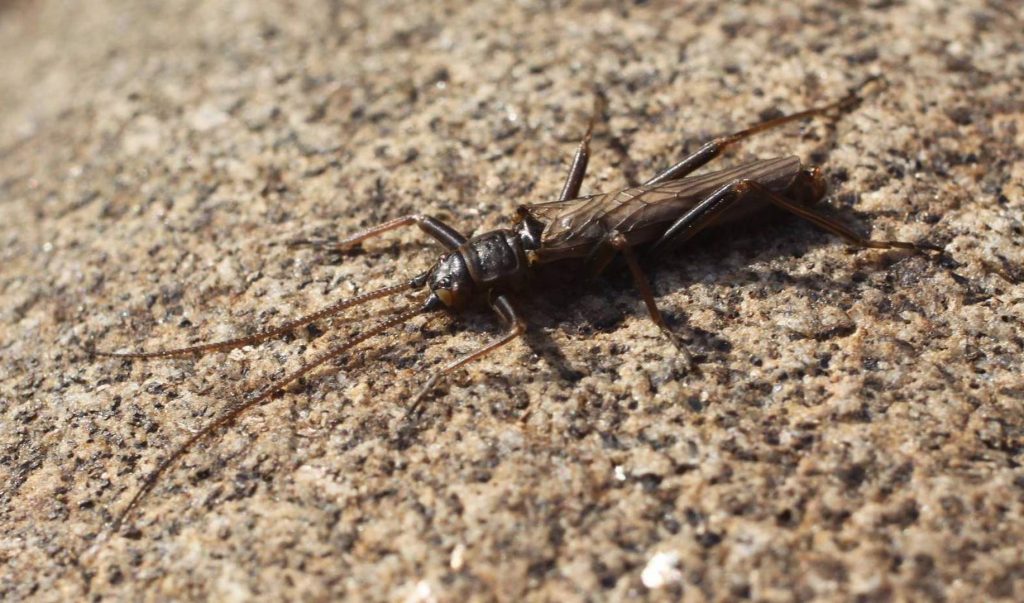 A call to action from Craig Nisbet, Conservation Officer (Scotland)

As February approaches, Buglife is reaching out to members of the public for help in locating a rare and endemic insect as the adults begin to emerge. The Northern February red stonefly has its global stronghold in the Scottish Highlands and has only ever been recorded in two rivers outside Scotland – the River Usk in Wales and the River Wye in Hereford, where it is now thought to be extinct.

During periods of winter sunshine through February and March these insects can often be found basking on fence posts that run alongside large rivers, from where the adults will have emerged to mate and disperse after spending their formative months as nymphs growing under rocks in fast flowing water.

In an ongoing citizen science project, Buglife is asking members of the public to spend some time during their daily exercise searching the fence posts along rivers in their local area. Other species of stonefly may also be encountered and submitted from across the country, with all records helping to build a clearer picture of distribution for what is an under-recorded and often over-looked order of insects. People living nearby large rivers in the Highlands and Aberdeenshire stand the best chance of recording the nationally scarce species in question, but we’re also particularly interested in any sightings from around the River Clyde where the species was once found.

In recent years Buglife has sought the help of members of the public to add to survey efforts which have focused on the main stem of the River Spey.  As a result of this request volunteers have discovered this elusive species at new sites on both the River Dee and the River Conon, the latter of which it had never previously been recorded on.  Stoneflies depend on clean cold water which makes them important indicators of good water quality, but climate change means that some species are under threat.  Discovering them in new locations enables appropriate action to be taken to ensure their survival. 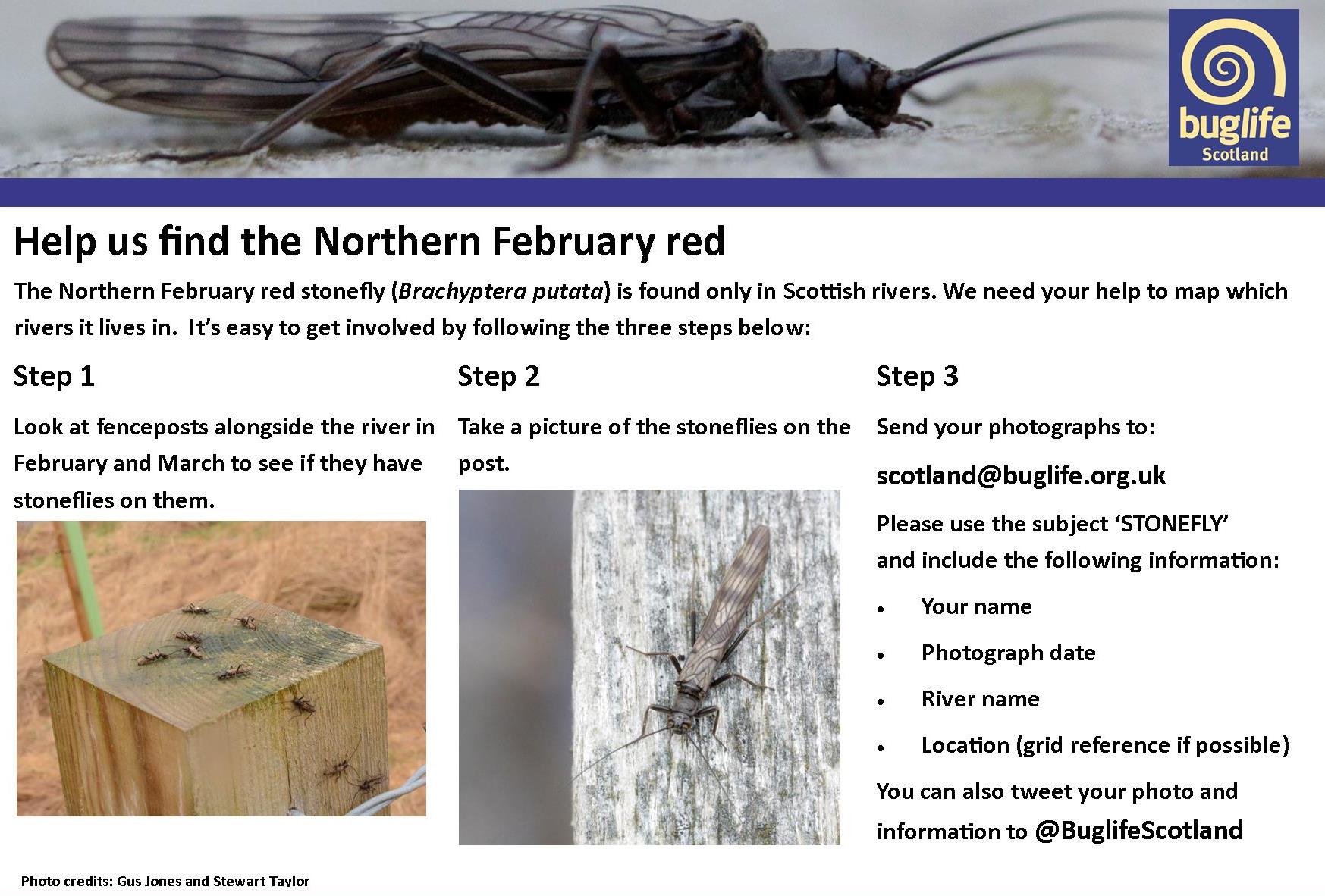 Given their preference for emerging on fence posts in winter sunshine, this simple search in appropriate weather conditions during the critical period between February and March has been identified as a useful technique, and one that everyone can participate in.  It is worth photographing any stoneflies for submission, but the key feature to look out for in this distinctive species is the three dark bands across the wings.  Once you have photographed your stoneflies, you can submit them to Buglife either by emailing them to [email protected] or by tweeting them to @BuglifeScotland.  In your message it is important that you include in the email subject STONEFLY, and in the email include your name, the date of the photograph, the name of the river and a specific location (a grid reference if possible).  The poster serves as a useful reminder of what is required, so please get out there in the winter sunshine and enjoy your searches for this rare insect.  Please also remember to be aware of and adhere to travel restrictions and social distancing measures as we remain vigilant against the threat of the ongoing pandemic.