*Warning: 'Is it 'cos I is small' – UK cultural Ali G comedy reference – international readers may prefer the title ‘Species discrimination – the elephant in the room

We all know that racial discrimination is wrong, but what about species discrimination?  Is it OK to discriminate against a species not on the merits of its importance to the environment, or even on its usefulness to humans, but simply because it is ‘not like us’?

Government wildlife spending data disclosed this week reveals that since 2010 Defra has invested enough money in charities conserving vertebrates to buy a new car for every species of bird, bat, fish and frog in the UK, but has invested so little in bugs that it would only buy a cheap bottle of wine for each species of bee, ladybird, earthworm and butterfly.

There is abundant evidence that the bigger, the more attractive and the more human-like a species is the more money is spent on its well-being, while small, less appreciated and ‘different’ types of animals are being neglected. 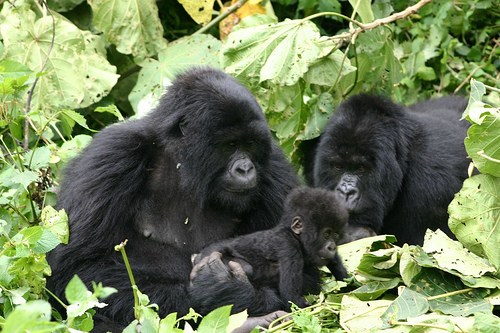 Dedicated effort by government and others can fix institutional speciesism – biodiversity is the new face of diversity.

What is species discrimination?

‘any distinction, exclusion, restriction, or preference based on the size, appearance or genetic relatedness of a species, that has the purpose or effect of nullifying or impairing the recognition, enjoyment or exercise, on an equal footing, of that species’ right or ability to exist and thrive’

While racial discrimination can be intentional, explicit and terrible, discrimination does not have to be deliberate. Stokely Carmichael defined the phrase’ institutional racism’ in the late 1960s as "the collective failure of an organization to provide an appropriate and professional service to people because of their colour, culture or ethnic origin" a phrase repeated in relation to the Metropolitan Police in the Macpherson report into the death of Stephen Lawrence.

Institutional racism is often casual and even unconscious, based in deep seated prejudice and a failure to address the fact that people incorrectly perceive ‘different’ to be ‘not as good’.  A study in America in 2001+2 revealed that despite having identical CVs, candidates with “black sounding” names got only two call backs for every three call backs to candidates with "white-sounding names".

When identical CVs were linked to similar candidates with different skin colours the white candidates were twice as likely to get job offers as the black candidates.

In 2011 the Bank of America agreed to pay $335 million to settle a federal government claim that its mortgage division discriminated against black and Hispanic homebuyers.  It was not proven that there was any policy to discriminate, just a failure to recognise and adjust behaviours to counterbalance prejudices and biases arising from the background of the Bank’s employees.

Just as racial discrimination can be the result of institutional failings, species discrimination can arise because the background of individuals making resourcing decisions makes them more likely to favour certain species and less likely to favour other species – not on the basis of merit, but on the basis of prejudice.  And if this is not recognised and addressed by the organisation that employs the individual then it is guilty of ‘institutional speciesism’. 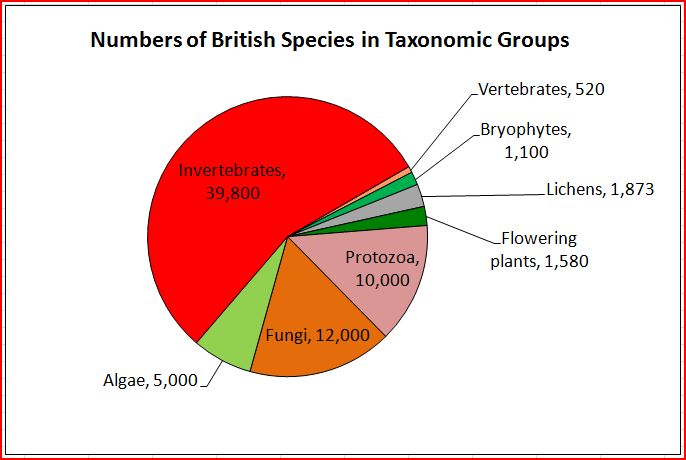 What are the symptoms of species discrimination?

Investment into the conservation of invertebrate species and the underpinning science is far lower than the funding available or allocated to vertebrate species.  In many cases vascular and flowering plants fare little better than invertebrates, while fungi, protists, bryophytes and lichens hardly chart at all.

The most recent example of this comes from a Parliamentary Question asked by Zac Goldsmith this week and answered by Dan Rogerson the Defra Minister.

This is not a new phenomenon, species discrimination was highlighted in 2002 by Government Chief Scientist and President of the Royal Society Sir Professor Robert May – his study showed that over 15 years 69% of the papers published in the journals Conservation Biology and Biological Conservation focused on vertebrates with only 11% on insects, despite respective global diversity estimates of 3% and 79%.

Similarly conservation translocations are undertaken to restore populations of endangered species, but only 9% of translocation are of invertebrates, compared with 61% being vertebrate species translocations.

A study found that in 2008 the Government research funding body the Natural Environment Research Council awarded five times as many grants to science investigating vertebrates and their conservation as it awarded to invertebrates studies.

In an article titled “Institutional vertebratism threatens UK food security” Dr Simon Leather pointed out that the lack of invertebrate zoologists means we are unprepared to deal with future threats to agriculture from invasive species.

In terms of conservation prioritisation less than 0.5% of invertebrates have been assessed for the global Red List compared with 42% of vertebrates, and protected areas are a poor fit for the presence of threatened invertebrate biodiversity.  Read more here.

The Darwin Initiative run by Defra is the UK Government’s flagship mechanism for saving wildlife overseas.  The value of projects shortlisted for funding in 2009 and focused on vertebrates (other than bird) amounted to £57.07 per global species, while invertebrates were allocated just £0.03 per species (fungi, and oddly birds, were completely unrepresented).

Government funding supports national monitoring schemes that enable health assessments of populations of birds, bats and marine fish stocks – so most vertebrates are covered, but the only invertebrates they have helped to monitor are butterflies, larger moths and marine surface plankton which amounts to less than 5% of invertebrate species.  If you don’t measure it you lose it.

Funding from non-government sources may seem more even handed, but it is far from bias free. The 2014 report ‘Where the Green Grants Went 6’ shows that of the listed foundation grants made in 2010/1 and 2011/2 for species projects 69% went to vertebrates and 30% went to invertebrates.  Which looks perhaps not so bad, until you realise that there was 0% for all plants and that butterfly funding was so dominant in the invertebrate category that only 5% of the funding is actually for non-butterfly invertebrate conservation work.

Why is species discrimination a problem?

Bugs underpin most of the important services provided to us – from pollination of our food to keeping freshwater clean.  Most species are bugs and most extinctions are of bugs.  If we want a future that is rich in wildlife it won’t just happen, just as hard work and research is needed to prevent mammals and birds going extinct so we must protect invertebrates and the crucial role they play in maintaining healthy ecosystems.

If we choose not to invest in the knowledge and action needed to conserve the full range of our biodiversity then future calamities will hit us from numerous blind spots and we will be unable to respond quickly or effectively.

What is the solution to institutional speciesism?