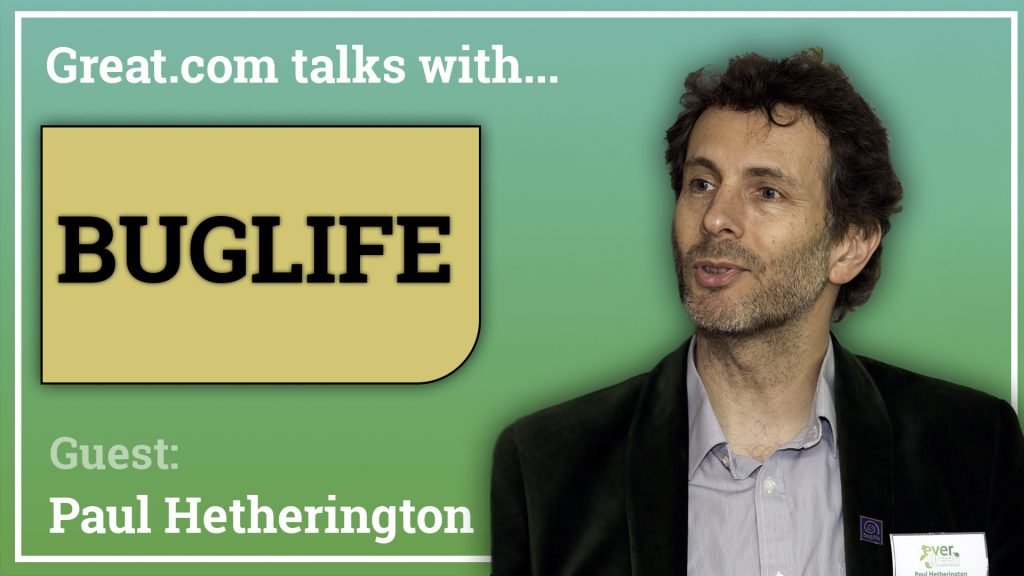 With the increase of human impact on the environment has come a loss of many bug species and a threat to many of the remaining ones. If things don’t change we could be losing up to 40% of bug species by 2050. So how can we stop the extinction of invertebrates? We spoke to Emil Ekvardt on Great.com Talks With…, a podcast series that tries to break down problems like this in a way that’s easy to understand. We covered some of the ways our lives are intricately connected with those of bugs, why they are currently in danger and what we can do to help them. You’ll also find out about some of our own work, like the amazing B-line mapping project, which makes it easier for everyone to help! Great.com is an organization that is changing the way people think about charity, development, and organizations. They’re leading the next generation of charitable giving with their completely remote and radically transparent team. Find out more.

Bugs aren’t cuddly and cute like puppies and pandas; but they do an awful lot of behind the scenes work for us and we’ve learnt from them too.

One in three mouthfuls we eat every day depends on pollination, something bugs do for us. If that stopped, we’d lose most fruit and veg – and chocolate – and be left eating mainly potatoes and grasses. We’d also lose salmon and other freshwater fish that feed off them and we’d miss out on gaining more valuable knowledge, such as how to make paper from wood, something the paper wasp showed us; and there could be an awful lot of carcasses lying around, with no bugs to take care of them.

With the increase of human impact on the environment has come a loss of many bug species and a threat to many of the remaining ones. If things don’t change we could be losing up to 40% of bug species by 2050.

So how can we stop the extinction of invertebrates (all insects are invertebrates)? We spoke to Buglife’s Paul Hetherington to find out. Buglife is an organisation that works hard to achieve this in the UK and we learnt a lot from them in this 30 minute interview.

The thing that stuck with us most is that bug species are often unable to migrate when they need to for survival and we can actually do a lot to help them. These small creatures are very sensitive to temperature changes and with the change of seasons and the planet getting hotter, they need to be able to move. Far too often though, the lovely wildflower environments they thrive in are getting replaced by roads, cities and monoculture landscapes. Being so small, they don’t need an awful lot of land but they do need to be able to get from one place to another to survive, and these large obstacles means they simply can’t. We humans can actually provide them back with that lost connectivity.

Buglife has conducted some amazing research and found how to do this, whilst requiring a minimum amount of extra habitat, by creating insect pathways, also known as B-lines. You can learn all about this on their B-line project specific page. For those of you living in the UK, you can find out if you’re on a B-line! If you are, then growing or potting a few simple plants could be enough to fill in those connectivity gaps.

There is a lot more you can do if you live in the UK such as following and supporting lobbying work Buglife does to save wild landscapes of critical value. Visit Buglife to learn more about their work and consider joining as a member.

Finally, reevaluate what you think about bugs. Most bugs aren’t dangerous. Kids love them until the fear and ’yuck’ factor kick in!