Home > Blog > The last flight of the bees

This guest blog is provided by Chris Rawlings an Environmental Science graduate who runs a small marketing and design agency based in St Ives, Cambridgeshire. 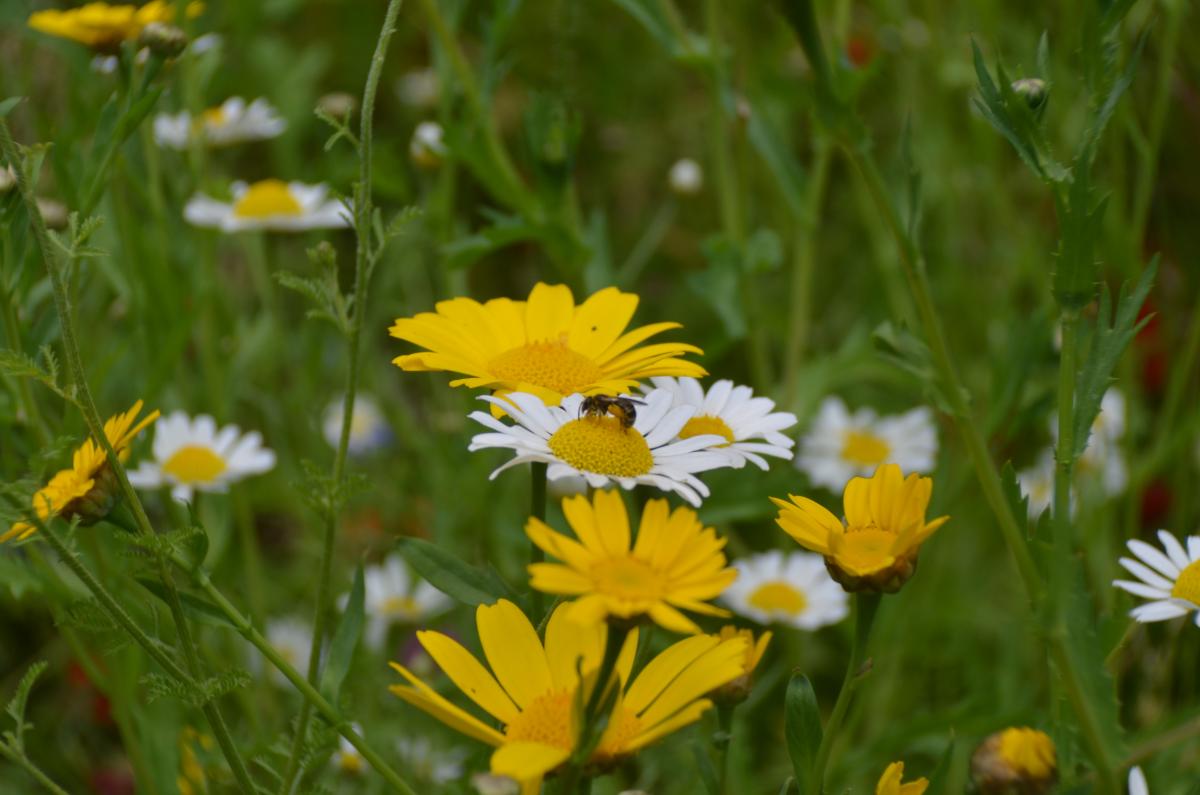 One day on a rare occasion away from my laptop, I found myself sitting in the garden, quietly soaking up nature. It was a typical spring day, with a clear blue sky, a warm but pleasant temperature, and the sound of birds, rustling trees and faraway traffic. But something was missing. After a few moment’s thought, I realised what was different: the absence of bees. Angiosperms—which depend on pollination and pollinators such as bees—lined the edges of my garden in the same abundance they have done in years gone by, yet the quintessential buzz of bees busy at work was nowhere to be found.

Putting it down to chance, I dismissed the thought and returned to work. Later, whilst out walking, I noticed the same pattern. Areas I could depend on to provide sightings of bees failed to deliver—worrying, given the high presence of flowering plants. I had heard of a bee decline, and seen posts on social media, but as with most issues related to the environment, I had—like many people, I suspect—not given it due care and attention. As a man with a BSc in Environmental Science, this may come as a startling, if not abhorrent comment, however it is true and is an attitude I feel is shared by many others. People never think it is going to happen to them…until it does. 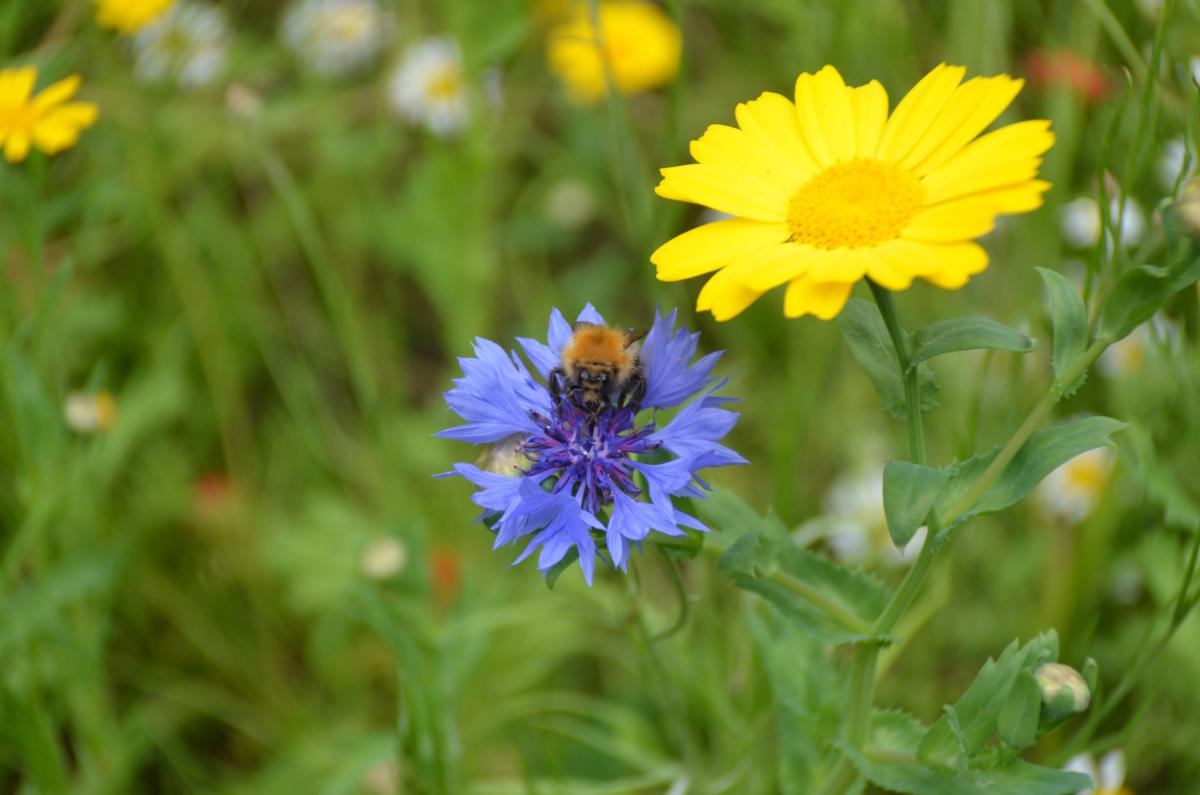 Fuelled by concern, I decided to make bees the focus of my dissertation research project, exploring their abundance in different habitats to understand if there are areas that should receive focus in conservation efforts (work being undertaken at the University of Nottingham). I will not divulge the results or self-promote in this article but what I will say is that my research led me to the shameful realisation that I did not understand just how bad the situation had become. It’s difficult to find accurate, reliable numbers but one study conducted at the University of Reading estimates that colony numbers have fallen from 182,000 in 1965 to just 83,000 today—a decline of 55%.

This trend, noted all around the globe, is alarming. The ecological benefits of bees are well-known. They act as a fantastic pollinator, forming a key part in helping the ecosystem function. In addition, I’m sure they provide many of us with aesthetic pleasure on spring days like the one described in the opening sentences. Less well-known, perhaps, is the economic importance of bees. Focusing on the UK (with some statistics applicable globally) it is estimated that one-third of all food is derived from species that require pollination from bees; they pollinate over 70 different types of crop; contribute an estimated £400 million annually to the UK economy and are relied upon by up to 75% of crops. I could go on but I think you get the picture. Clearly bees are a species of great importance but because they are not the “poster boy” of conservation in the same way lions, rhinos, polar bears or pandas are, it’s rare they make headline news.

So why is there a decline? Despite the environmental and economic value of bee pollination, a combination of factors is leading to their demise. The decline is predominantly anthropogenic in nature with habitat loss being the key cause and climate change, intensive farming, urban growth, damage to brownfield sites and urban sprawl also contributing. These factors put bee pollination under threat and studies have shown that crop yield can decline by up to 90% with their removal.

One of the issues facing the survival and conservation of bees is the lack of long-term data on species numbers which makes establishing their conservation status difficult. For example, despite general knowledge that many bee species are currently in decline, only two are on the US endangered species list and of the small amount of work conducted in conserving these species, much of the conservation efforts has focused on an agricultural setting with the backing of government grants from the EU. Whilst this forms a solid foundation on which to build, there has been a strong neglect in the conservation of bees in their natural habitat. This sits at the epicentre of the problem. Without fully understanding the situation, how can anyone begin to make concerted efforts to improve it? Luckily, research is becoming increasingly focused on this issue and I have no doubt we will begin to see more action soon.

You may possibly be thinking, “But isn’t too late?” or “Can I make a difference?” but the more important question is, “Do I have a choice?” and the answer is a resounding, “No”. This is just one writer’s opinion and should be treated as such, but we often hear that, “We’re at the tipping point” or “On the precipice and action is needed” which rings true for many environmental issues. Climate change and the concentration of CO2 and other greenhouse gases in the atmosphere can be lowered but action is needed now. The extinction of tigers in the wild can be stopped but we need to act now. I could pull examples from any one of the many environmental issues but pattern would be the same. A pattern of continued damage followed by a realisation of the threat and then efforts to rectify things. The same is true of bees. Is it too late? No. When do we need to act? Right now.

When answering the question, “What can we do to help?” many of the issues feel so much bigger than ourselves. We may feel we are just one man or woman, and any action will be just a drop in the ocean, doing little to negate long term effects. There may be some truth in this, as much as I don’t like to admit it, but that does not for a second mean we should do nothing and just wait around for the inevitable. We can all help by planting bee-friendly species in our gardens to provide food for bees; make greater efforts to purchase organic food (or that which has not be dowsed in pesticides or fertilisers); avoid using fertilisers and pesticides in our own gardens; buy raw, organic honey; join in with projects which help plant key species; educate children and reduce our carbon footprint. The culmination of efforts across the globe may well be enough to trigger change—just look at the success of repairing the hole in the ozone layer.

I hope that with efforts, myself and others will once again enjoy healthy bee numbers. The alternative is dire and involves a drop of food production (not ideal when the human population is estimated to hit nine billion by 2050), drastic conservation efforts (with untold effects) or required human pollination (which will lead to a drastic increase in food prices). This is a picture I am sure no one would want to paint but will become our inevitable fate unless we act soon. The fight of the bees is just beginning. Will you help defend them?