Oxford University led scientific review of neonicotinoid science opens with a bold advertisement for the effective ability of the neonics to prevent crop yield loss.  However, the evidence presented to support the statement is flaky, review papers referencing each other and finally dropping down through a PowerPoint presentation by a Bayer Crop Science employee and a bunch of inconclusive Bayer published papers.  There is clearly something wrong with the pesticide market, Buglife believes that the sharp practice of commission based selling is a key part of the problem.

In March I blogged about the growing evidence that neonicotinoids don’t actually work.  A recent review of the scientific evidence by several academics coordinated by Oxford University scientists (Godfray, 2014) opens with the bold statement “Neonicotinoid insecticides are a highly effective tool to reduce crop yield losses owing to insect pests”.  This statement seemed controversial given the evidence that I presented in my previous blog, namely that 1) a scientific review ‘Heavy Costs’ found that neonicotinoids only rarely increase the yields of treated crops its even rarer for an increase in yield to balance out the cost of the pesticide, 2) that yields of did not increase when neonicotinoids were introduced and 3) a Lincolnshire farmer’s profits increased when he stopped using neonicotinoids.

It may seem counter intuitive, but there is good reason to believe that neonicotinoid pesticides provide NO significant benefit to agriculture.

Insecticides not only kill herbivores, they also kill predatory insects.  In the field this means that protective aspects of insecticide use may be countered by a reduction in predation levels or by creating conditions that actually foster better survival of the next generation of the herbivore species.

Indeed, it has been shown that the application of insecticides makes crops more attractive to pollen beetles seeking feeding and oviposition resources and thereby insecticide use promotes a population increase in pollen beetles in the next year (Veromanna et al. 2008).  Furthermore neonicotinoids have been shown to suppress the plant’s natural defences, leaving them exposed to attack by ballooning populations of spider mites (Szczepaniec 2013). 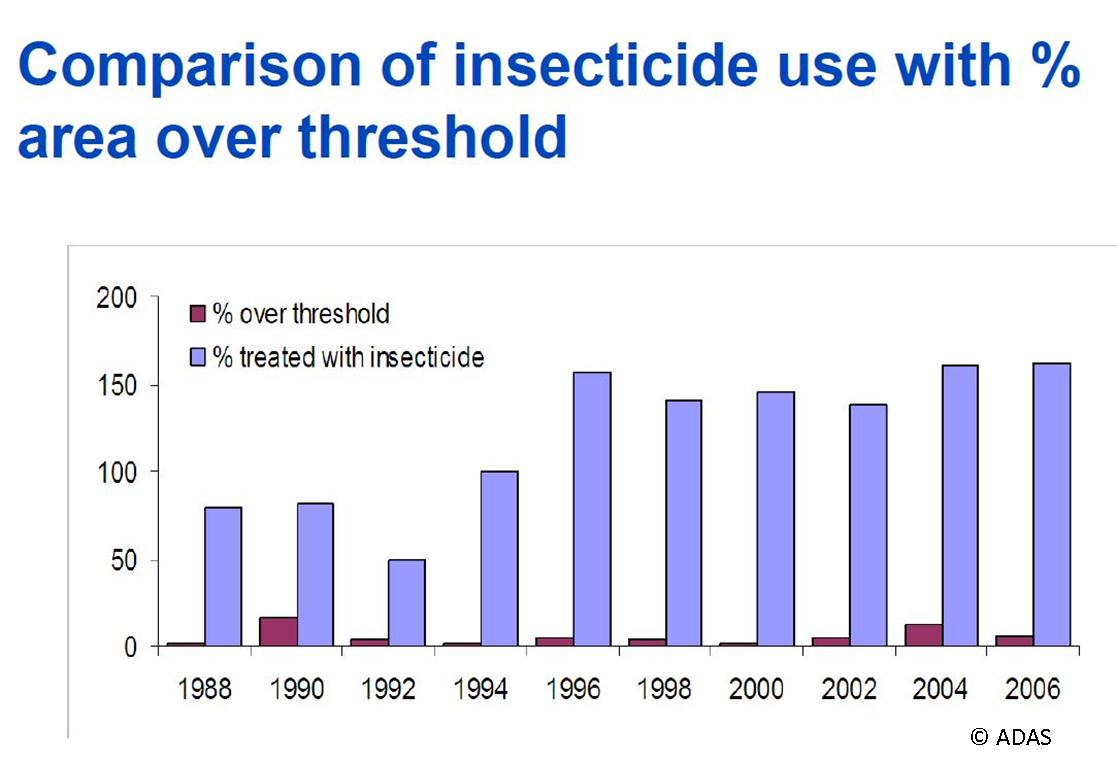 A review of the cost effectiveness of neonicotinoids (in Goulson 2013) examined a number of published studies comparing neonicotinoid use with IPM approaches or pyrethroids sprayed in response to herbivore levels.  Yield benefits with neonicotinoids were rare and the usual conclusion was that IPM and responsive spray use were more cost-effective than neonicotinoid use.

Being a restatement of the “evidence base concerning neonicotinoid insecticides and insect pollinators”, as the Oxford paper’s title tells us, we would expect this bold statement relating to effective crop yield benefits to be fully referenced.  So what is their evidence base?

The Oxford paper gives just one reference to their claim, it is a 2011 paper called “Overview of the status and global strategy for neonicotinoids” written by four employees of Bayer Crop Science – one of the major manufacturers of neonicotinoid pesticides.  This is not a report on a particular experiment, it is another review.  The first reference in that paper to the efficacy of neonicotinoids is another review paper “Applied aspects of neonicotinoid uses in crop protection” written in 2008 by five employees of Bayer Crop Science.  Again there is no original data presented, but for the first time there is a specific yield improvement claim – “average lint yield increase in cotton of 10%” this result is referenced to a PowerPoint presentation titled “A unique product: the story of the imidacloprid stress shield” presented by one of the Bayer employees in 2006.  The PowerPoint presentation does not contain references, but does mention the names of some researchers, from which it is possible to infer that the data relating to lint comes from the paper “Effects of Trimax™ on the Physiology, Growth, and Yield of Cotton” from a set of 2002 conference proceedings.  This paper does contain a field study with data – two sites were studied and a significant increase in yield was found on one of the two sites, the authors conclude “more research needs to occur to fully validate the effectiveness of Trimax for increasing lint yield”.

So to summarise, the statement “Neonicotinoid insecticides are a highly effective tool to reduce crop yield losses owing to insect pests” tracks back through two review papers, through a power point presentation and ends with a conference proceedings paper that concludes that that “more research needs to occur” – none of the underlying science appears to have been peer reviewed and all authors were Bayer employees except the lint researchers who were university scientists (probably funded by Bayer). 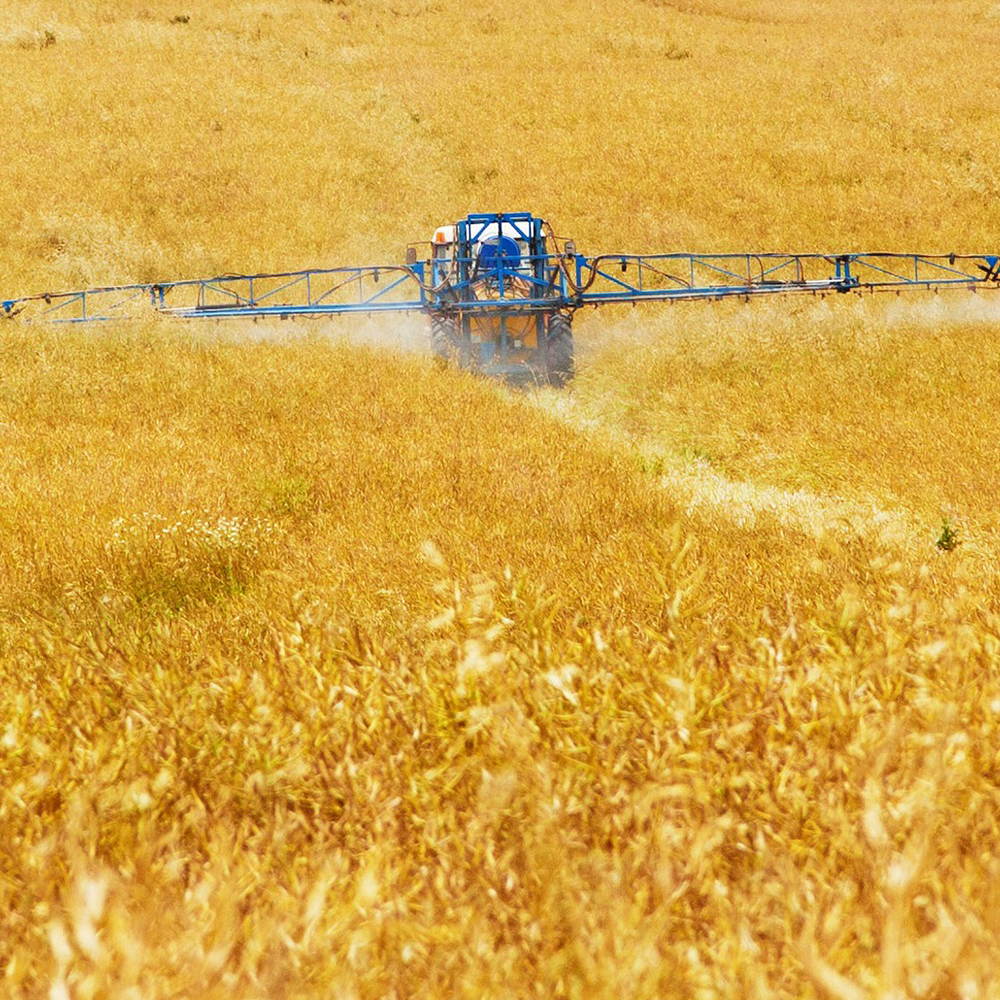 There is apparently more supporting evidence, both the Bayer employee review papers contain several additional references – all from Bayer funded studies, published in a Bayer report without independent peer review.  Despite Bayer’s complete editorial control, these studies also fail to show a convincing or consistent benefit to yields:-

One of the studies quoted by both of the Bayer authored review papers as providing evidence of “outstanding crop protection” is not a field study on the effects of neonicotinoids on crop yields, but a report about the numbers of virus-carrying aphids in suction trap samples in southern England and the national incidence of crop viruses! (Tatchell and Plumb 1992).

Buglife commented on the draft of the Oxford paper, the paper at that point did not have as its first sentence an advertisement for neonicotinoid products, but did state on page 11 that “Neonicotinoids are efficient plant protection compounds” – we drew attention to several of the controversies around the statement, including pointing out the conclusions of Goulson 2013 and advised that “Unless there is good evidence that neonicotinoids have improved or maintained yields in a cost effective manner then this non-neutral statement should be removed”.

Clearly we are disappointed and confused that our advice was not taken on board and will be asking the authors to respond to our concerns.

The agrochemical industry makes commission based payments to agronomists who act as the middle men to convince farmers to buy neonicotinoids and other pesticides.

The effect of trust based relationships is so strong that revealing information concerning the seller’s commission has negligible effects on purchase behaviour.

The implications for the individual farmer of overusing insecticides is a reduced profit margin, but the implications are much more severe for agriculture and the environment – in terms of reduced pollination rates and biodiversity damage.

Commission selling is widely recognised as being inappropriate in situations where there is an imbalance of power, a need for trust and severe consequences for one party if the advice is not in their interest.  Providing inducements to medical doctors to prescribe certain drugs is against their Code of Conduct and in 2012 commission selling of financial investment policies was banned by the Financial Services Authority.

When the victims of commission based sales are pollinators the imbalance of power is extreme and we are urging the Government to end commission-based selling of pesticides.  It creates a perverse incentive that undermines efforts to reduce pesticide use.

Should Government baulk at this intervention into the free markets they should ask the Competition and Markets Authority to undertake a review of the extent of commission based selling in the sector, the vulnerability of the market to distortion and restricted consumer choice, the prevalence of miss-selling and the effects on vulnerable farmers and the environment.

Dewar, A. M. (1992). The effects of imidacloprid on aphids and virus yellows in sugar beet. Pflanzenschutz-Nachrichten Bayer (German edition) 45:423–44

Goulson, D. (2013) An overview of the environmental risks posed by neonicotinoid insecticides. Journal of Applied Ecology 50, 977-987.