It’s been a busy week for those of us working on the problem of pollinator declines and neonicotinoid pesticides.  A week that has highlighted both the level of public concern about declining pollinator populations and the problems of having a political establishment that is slow to act, perhaps due to a lack of confidence on scientifically complex issues, and sometimes because they are swayed more by rhetoric than evidence.

Forty-two MPs spoke at Monday’s Parliamentary debate – confirming the huge public concern about neonicotinoid pesticides and bees.  Some MPs stated that the have received as much, or more, correspondence on this issue than on the question of bombing Syria.  The debate was secured via a Parliamentary petition with 90,000 signatures asking the Government to “Please ban the use of neonics on crops”.  Many MPs highlighted new evidence showing that neonics kill bees, suppress populations of solitary and bumblebees, are linked to butterfly declines and are turning up in highly toxic levels in wild flowers, streams, ditches and ponds. 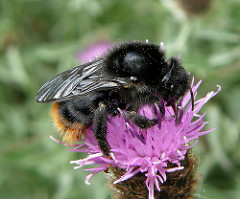 However, some MPs appeared confused about the term bees and whether this just referred to domestic honey bees or included the 275 species of wild bees, although other MPs, notably Daniel Zeichner, Nick Smith and Rebecca Pow were clearly on the ball, and Danny Kinahan urged that “we should be looking after all the different insects involved in pollination”.  There was some criticism on Twitter about the overly light hearted nature of the debate, and while some key points were made, not all were driven home.  However, overall the debate reflected the deep public concern about this issue, the mood was clear – bees should be safe from pesticide harm, and it was another reminder that serious action is needed to reverse pollinator declines (transcript of debate here)

However, Defra, represented by the Minister George Eustice, made no commitment to fully ban neonicotinoid seed treatments.  He made some good points about not expecting a complete evidence base, but also made some questionable claims.  In particular he claimed in relation to the Defra decision to allow the banned chemicals to be used on oilseed rape in four eastern counties in 2015 that “second application from the NFU, bringing much more detailed evidence from agronomists of the impact on the ground of cabbage stem flea beetle in particular, county by county”.  However, the information in the public domain does not support this claim.  The minutes from the first meeting of the Expert Committee on Pesticides – that recommended rejecting the first application from NFU refers to “Table 3.2 of paper ECP 14-2 (1/2015)” this table is the identical county by county analysis that that was resubmitted as part of the second application in June and can be seen here. So it does not appear that the second application contained additional “evidence …. in particular, county by county”. 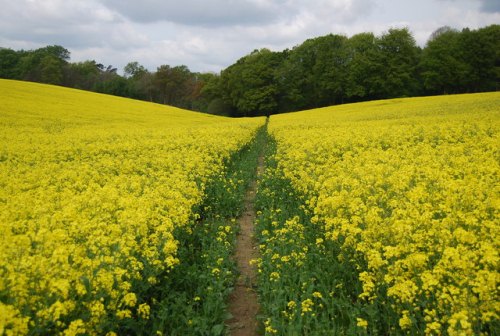 The issue of the impact of Cabbage stem flea beetles on Oilseed rape became a pivotal part of the debate when the pesticide industry claimed that without neonic seed treatments Oilseed rape yields would drop by 20% and, partly as a result, would cost UK agriculture 1,300 jobs and £630 million per year.  The NFU made a series of doomy yield forecasts for the 2014/15 Oilseed rape crop, claims that got very widespread media coverage, although some of their claims were soon shown to be false and had to be retracted.

In the event there were some establishment problems with the oilseed rape crop in 2014 resulting in a 3.5% loss of crop area, but this was more than compensated for by a bumper yield – 13-16% above the average.

Oilseed rape was mentioned 15 times in Monday’s debate so it is very much in the mind of MPs. A number of MPs pointed out that despite concerns, the harvest had been good, although worryingly the Minister seemed to be confused, thinking that the good yield related to the crop planted with neonics in 2013 rather than the crop planted without in 2014.

However, not all MPs seem to have such a firm grasp of the evidence.  At the Wildlife and Countryside Link EU Referendum Debate on Wednesday the former Secretary of State for the Environment Owen Paterson MP, who controversially tried to block the EU partial ban on neonicotinoids, made two unfounded claims about neonicotinoids while arguing from the stage that the environment would be better off if we came out of the EU (a position that not a single person in the audience appeared to agree with). Owen Paterson claimed:

Afterwards I approached Owen Paterson to present some of the facts to him, he appeared to be having some trouble with eye contact and standing in one place, but I did my best.  In response to pointing out that Oilseed rape yields had increased by 16%, he said “Yes, reduced by 16%”, “No increased” said I, “well it was a good year for arable yields” said he and claimed that “in some areas of the UK more than 40% of the crop was destroyed by flea beetles”, “No, 40% was above the threshold where insecticide treatment was required, it was not destroyed” said I.  I also pointed out that the Defra/Fera report that investigated the impact on bumblebees from neonicotinoids, and was used by Owen Paterson to claim that neonics were safe, had been re-examined and a scientific paper published showing that actually the data did show an impact from neonicotinoids on bumblebee colony health (more on that issue here).

In claiming that 40% of the Oilseed rape crop had been destroyed in some areas Owen Paterson is misrepresenting a 2014 AHDB report that said that 40% of Hampshire crop was above treatment thresholds Matt Ridley (Owen Paterson’s brother in-law) started this widespread myth when he wrote in the Times on 6 October 2014 that “The loss of the rape crop this autumn is approaching 50 per cent in Hampshire and not much less in other parts of the country”.

Cabbage Stem Flea Beetle Not a Big Problem in 2015 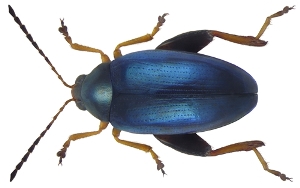 The establishment problems in 2014 were the result of ideal weather conditions and crop timings for the beetles, and even the NFU admitted that if neonic seed treatments had been applied in 2014 the “problems seen in the east and south east of England would not have been prevented”.  In 2015 weather conditions were not good for the flea beetles and instead slugs have been a bigger issue.  Slug damage would probably have been significantly higher had neonic seed treatments been used; because neonics kill slug predators, not slugs.

Initial results from the Agriculture and Horticulture Development Board, presented at their conference by Caroline Nicholls, AHDB Oilseeds Research Manager, reveal that unlike 2014 there is no big national problem with Cabbage stem flea beetle losses of oilseed rape crops in 2015.  Nationally CSFB losses have been 1% of the area planted (6,000 ha), a third of the rate of loss in 2014.  There appears to be a local issue in Buckinghamshire where a 9% loss has been reported, which is under further investigation, losses in all other counties have been less than 4%.  However, there have been significant losses, mainly as a result of slugs – 3% of the crop.  Neonicotinoid seed treatments would have made this worse as they do not kill the slugs, but do, via the slugs, kill the predatory ground beetles that would otherwise reduce slug abundance (science here).

The data does not reveal any county wide magical cure effect as a result of the derogation to use neonics in four eastern counties that was granted by Defra, and it is not possible to conclude from the data that the derogation has helped, or hindered, crop establishment in those counties.  Of course only a percentage of the crop in each county was treated with neonic seed treatments and in any given area at most half the crop is treated because the derogation conditions set up a paired sample experiment with some site selection issues (not random!).

A 1% loss to flea beetles might be normal – we don’t know.  Data has only been collected in the last two years, so a pre and post neonic seed treatment comparison is not possible.  This year, at the first assessment 22% of the crop exceeded the threshold of flea beetle abundance that triggers insecticide application, but only 4% was over the threshold at second assessment.

In addition, it seems that while the adult beetles can cause a problem with crop establishment, the larvae do not affect yields.  The AHDB has studied this for two years having done a small study in 2014 that showed no effect of larvae on yield – “AHDB work found no correlation between CSFB larval numbers and yield in 2015” said Caroline Nicholls AHDB Oilseeds Research Manager – larvae were in the leaf stalks, not the main stems and had a very limited effect on the plant health (Caroline Nicholls’ full talk here).

After a week in the thick of it are pollinators better off than before?  Perhaps, certainly more MPs are engaging than before, the consensus that we must have a countryside in with pollinator populations are safe does appear to be growing and becoming embedded and this must be a good thing.  A number of MPs, including the minister, also affirmed that it is right that a precautionary approach is taken to protecting pollinators.  Despite this we are still frustratingly stuck on the issue of pesticide use, it is too easy for people to think that by calling for more science and evidence they are helping, when in fact they are simply playing into the hands of the owners of the patents for these agrotoxins.  The economic model works best if you develop a broad, widely used chemical, saturate the market and the environment and hold off the regulators for a decade or so until your patent runs out.  The company then doesn’t suffer competition from the producers of generic pesticide products.

The big prize therefore would be to see the introduction of new tests for proposed pesticides that would ensure that before they are approved we know that the chemicals present a low risk to our wonderful and amazing bees, butterflies and other beneficial insects. Unfortunately EU proposals to start this process for solitary bees and bumblebees seem stuck in a political mire.