Crystal clear waters, tumbling through a rock-strewn channel – a scene that is encountered throughout Scotland. But in some of these watercourses, a truly special species can be found. Scottish Environment Link has launched a call for Scotland to have it’s own Environment Act to protect and enhance Scotland’s nature, now and in the future. 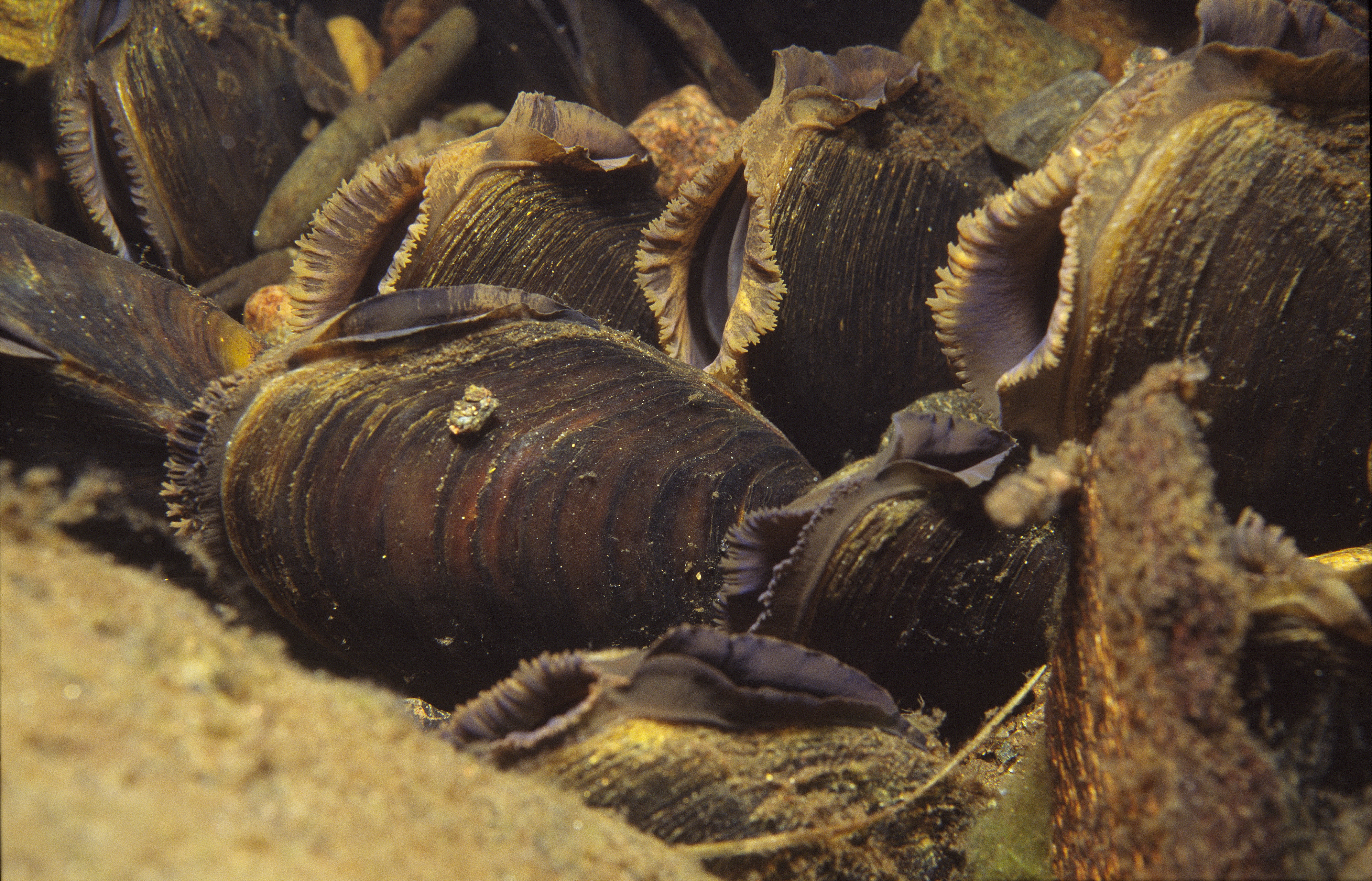 The Freshwater pearl mussel (Margaritifera margaritifera) is one of the most critically endangered molluscs in the world.  Up to a half of the world’s remaining population are found in Scotland.  As a nation, we therefore have an international responsibility to safeguard the future for this species.  Many of the rivers where these mussels are found are protected as Special Areas of Conservation (SAC), as part of the EU Natura 2000 Network. This network, covering over 18% of the EU’s land area, aims to ensure the long-term survival of Europe’s most threatened species and habitats, listed under the EU Habitats Directive.

It’s not just Freshwater pearl mussels that benefit from protection through the Habitats Directive in Scotland. Special Areas of Conservation have also been designated for three tiny species of whorl snail (Vertigo angustior, V. geyeri, and V. genesii), and the Marsh fritillary butterfly (Euphydryas aurinia), together with a wide range of plants, fish, amphibians, and mammals. The SACs also cover habitats such as the flower-rich machair on the Western Isles which is important for pollinators, and mesotrophic lochs in the Highlands which are home to a huge variety of freshwater invertebrates.

In total there are 244 SACs in Scotland, and together with the network of 1,423 Sites of Special Scientific Interest, they represent the jewels in the crown of Scottish biodiversity. These SACs not only provide protection for our most valuable and threated wildlife, they also attract dedicated funding for conservation action.  Over the past 25 years Scotland has received €25.5 million of funding from the EU LIFE programme – the EU’s dedicated environmental funding mechanism.

Established in 1992, the LIFE programme has provided €121 million to help conserve European protected species and habitats in the UK over the past 25 years. One example of how Scotland’s biodiversity has benefitted from these funds is the Pearls in Peril project. The project received €2.3 million from the EU LIFE programme to restore and improve habitats for Freshwater pearl mussels in 21 rivers across Britain, 19 of which were in Scotland.

For Scotland to continue to fulfil its international responsibilities we need to maintain these protections and the funding required to restore the condition of these species and habitats. The spectre of Brexit means that it is even more important that Scotland has strong environmental legislation. We cannot afford for our nature to be left behind. This is why we need a Scottish Environment Act to set clear ambitions for our wildlife, backed by funding mechanisms and a variety of routes to ensure implementation. Join us in the Fight for Scotland’s Nature by adding your voice to our petition here.