Glorious Green Roofs has installed two biodiverse green roofs for wildlife in Grangemouth that are providing a valuable space for wildlife to move across the area.

Green roofs offer enormous benefits not only for wildlife but also for the building itself including improved insulation and increased roof lifespan.

Over the last ten years there has been an increase in interest in the use of green roofs to support conservation targets and mitigate for habitat loss because of development. Green roofs can act as important ‘stepping stones’ that allow the movement and mixing of individuals and species and have been identified as being particularly important for invertebrates in an urban area.

The Glorious Green Roofs project has promoted the importance of green infrastructure and worked with industry partners CalaChem and Falkirk Council to install two biodiverse green roofs within Grangemouth that total over 440m2 in size. The aim of the project was to install up to 200m2 of green roof.

The first green roof installed in this project was on a CalaChem owned building. This was planted with a diverse mix of native wildflowers and grasses as seed and plug plants and totals 140m2 in size. 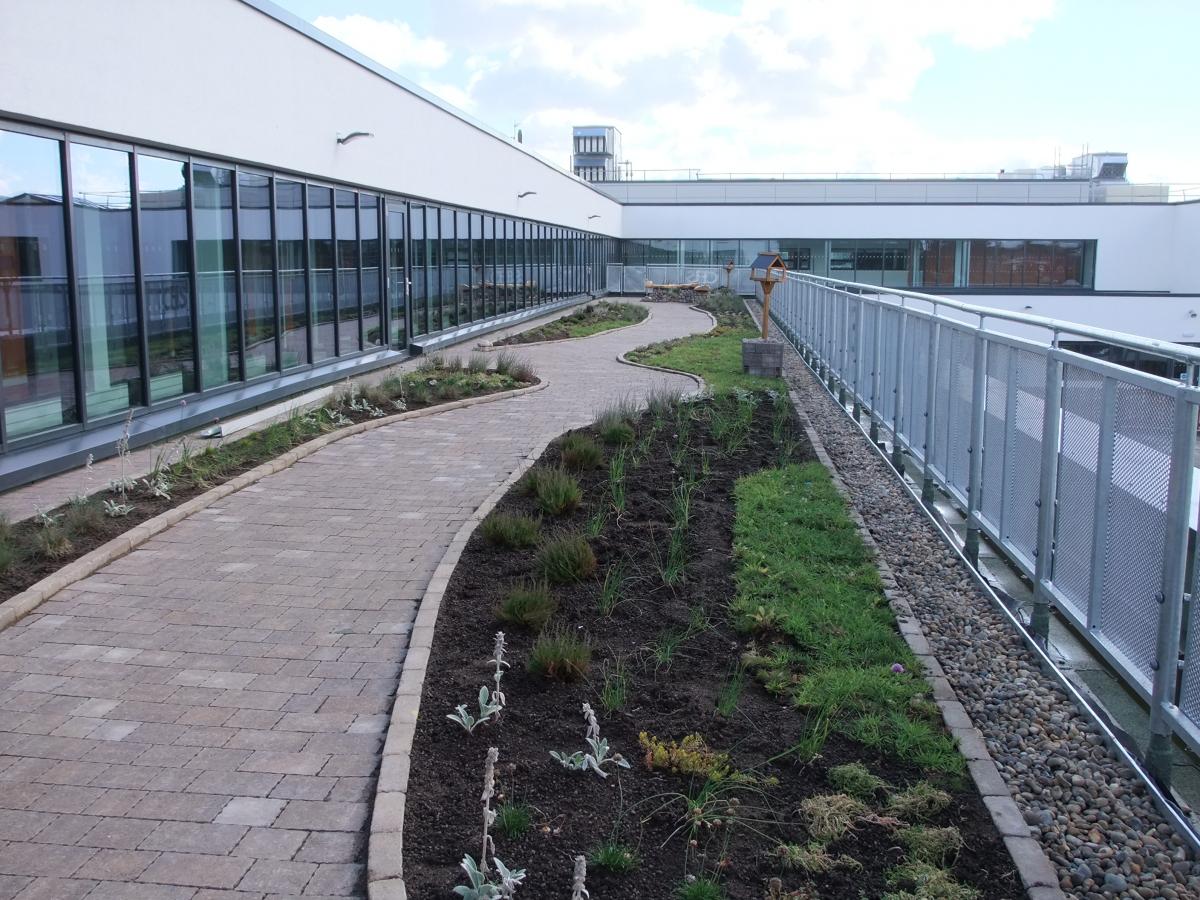 The second green roof was installed on the new Carrongrange High School and is over 300m2 in size. This green roof garden has a wide footpath with beds alongside this planted with a diverse mix of garden plants and native wildflowers to benefit pollinators and other wildlife but also add colour to the school. This roof garden is accessible to all 160 pupils that use the school, several of which are in wheelchairs and provides an instant outdoor space for learning.

Glorious Green Roofs is an Inner Forth Landscape Initiative project funded by Heritage Lottery Fund and the contribution of the LIFE financial instrument of the European Community delivered as part of the EcoCo LIFE project:  LIFE13 BIO/UK/000428